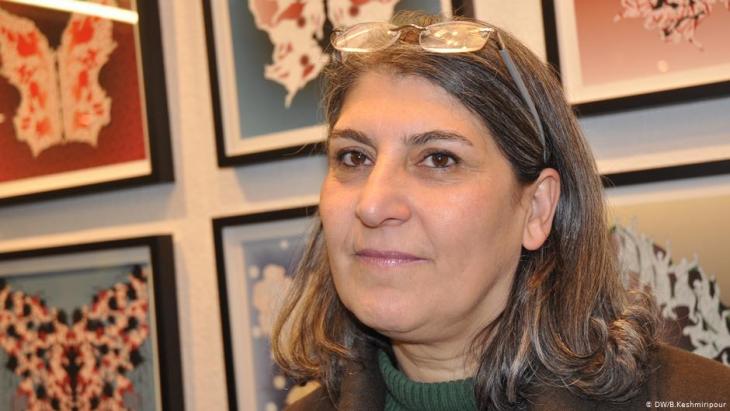 Whether in the news or on social media, what is currently penetrating the outside world from Iran depicts an all-encompassing crisis. For Iranians observing from the diaspora, this constitutes a scarcely tolerable new banishment into impotent speechlessness and helplessness. By Parastou Forouhar

The daily news from Iran and the stories circulating on Iranian newsfeeds have become so painful that one is no longer even able to comment on a post or write a few sentences about a picture out of solidarity. As if words were no longer able to convey meaning. They scratch the surface and simply move on. What remains is helplessness. A sigh. Or swear words that you swallow out of decency.

I have written the following text out of such a feeling: a kind of struggle to escape my own muteness. And I imagine many of us Iranians are in a similar state at the moment. Torn between the need for a statement, a reaction, and the impotence that imposes itself on us.

The crisis of being different

The image of this feeling resembles a broken mirror, sharp and ruthless. No matter where I touch it, it cuts and hurts.

I live and work in Germany and travel around Europe on business. In the security and comfort of that continent where thousands of people who have died in the past years and months in its surrounding waters have dreamed of living – and will certainly continue to die in this way.

In that continent under whose cultivated appearance xenophobia lurks and spreads. My sense of belonging to this continent, which I have built up with great effort and confidence over many years, is in danger of disappearing. 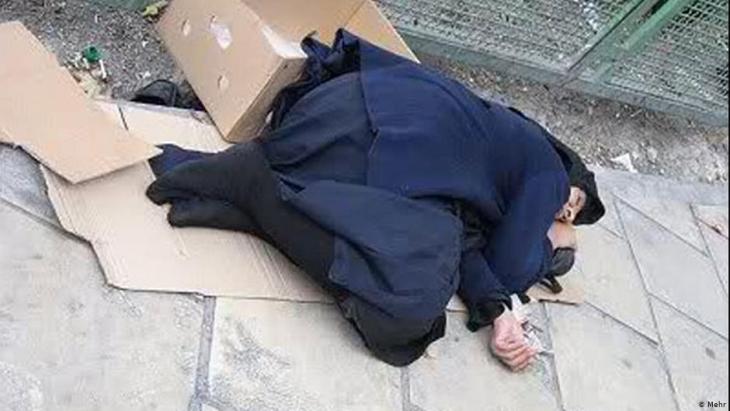 Increasing poverty in Iran: "a gulf has developed between the description of the misery and life in this misery, which is gradually robbing us of the impulse to share in the misery," Parastou Forouhar writes in her essay

A land of wounds and pain

It is my concern for Iran that is shaking me at the moment. When I think of my old homeland, the image of a beloved body comes to my mind, hurt and helplessly tied to an autopsy table. Life is being drained from this body. It cannot free itself.

I can be neither a companion for the people in Iran through their misery, nor can I rid myself of the vain compulsion to try to be just that.

The more threatening the crisis, the more urgent my efforts to understand the situation and connect with the place from which I have stayed away become. In a state of virtual hysteria, I follow the official news and the reports of the activists. Now more than ever, I contact my friends and acquaintances in Iran to be up to date.

Education for girls and women is still possible in Afghanistan, says Reinhard Eroes of the Kinderhilfe Afghanistan initiative. In interview with Elisa Rheinheimer, he talks about ... END_OF_DOCUMENT_TOKEN_TO_BE_REPLACED

Locals in the Middle East have said European critics are showing bias and hypocrisy when they condemn Qatar. Observers agree that Qatar has had to deal with more criticism than ... END_OF_DOCUMENT_TOKEN_TO_BE_REPLACED

In Doha, Arabs from Morocco, Tunisia, Egypt and Algeria are gathering to celebrate the first ever FIFA World Cup to be held on Arab soil. The criticism from Europe? Over the top, ... END_OF_DOCUMENT_TOKEN_TO_BE_REPLACED

Canan Topcu came from Turkey to Germany as a child. In her essay, she describes how bothered she was by the racism she encountered in her country of origin when she travelled ... END_OF_DOCUMENT_TOKEN_TO_BE_REPLACED

All organisers use major sporting events like this year’s FIFA World Cup in Qatar primarily to advertise their country and promote a slick public image. This is not something we ... END_OF_DOCUMENT_TOKEN_TO_BE_REPLACED
Author:
Parastou Forouhar
Date:
Mail:
Send via mail

END_OF_DOCUMENT_TOKEN_TO_BE_REPLACED
Social media
and networks
Subscribe to our
newsletter