Everything seems unstable and fragile, as if teetering on the brink of disintegration. If one can speak of any certainty at all, it is that of the presence of an inexorable crisis that strikes from all sides, engulfs everything and opens up abyss after abyss. No matter how much suffering and need one enumerates: there is always that which has not been mentioned.

This period we are living through is like a monster that demands endless sacrifice. And it holds thousands of even more frightening faces, which it might well show.

The danger of daily repetition

This observation is even more bitter when one considers the future. Not the abstract future, which can still be full of hope, but the real future, the roots of which lie in the present misery.

More and more people in Iran are sliding into poverty and misery. The cost of living is rising steadily, unemployment and homelessness are growing rapidly. The terms used to describe people’s plight and the images they create are frightening. This fear, however, is no longer felt because of the daily repetition. A gulf has developed between the description of the misery and life in this misery, which is gradually robbing us of the impulse to share in the misery.

The words and images repeat themselves, we get used to them: to the homeless, to those who spend the night in graves, to those who have been robbed, to the crowds of children who stir up the garbage and drag their prey behind them in sacks that are bigger than themselves. To the telephone numbers of those who sell their organs or their new-borns, taped to every lamp post. To child marriages. Pictures of people made homeless by earthquakes or floods. Images of burnt forests and progressive drought. 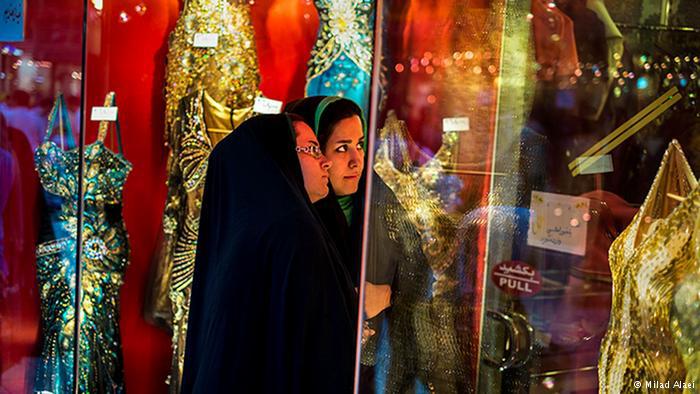 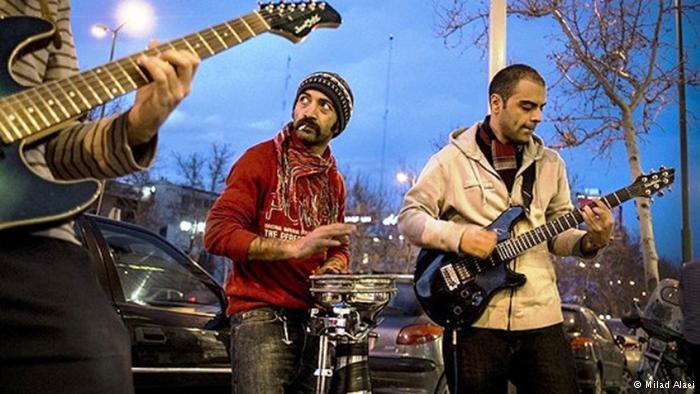 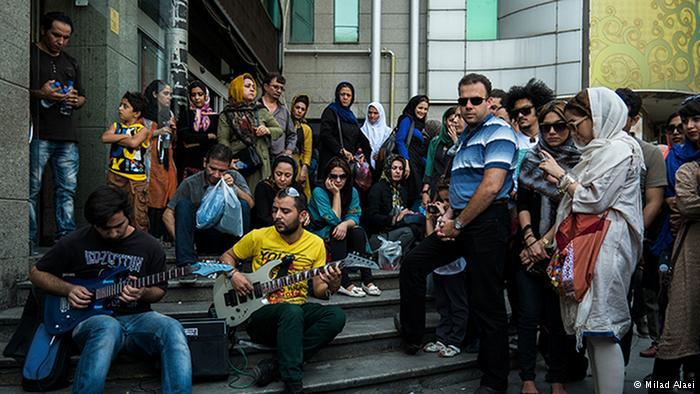 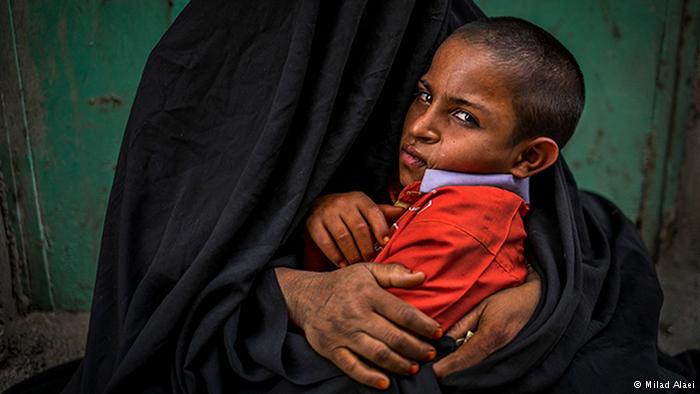 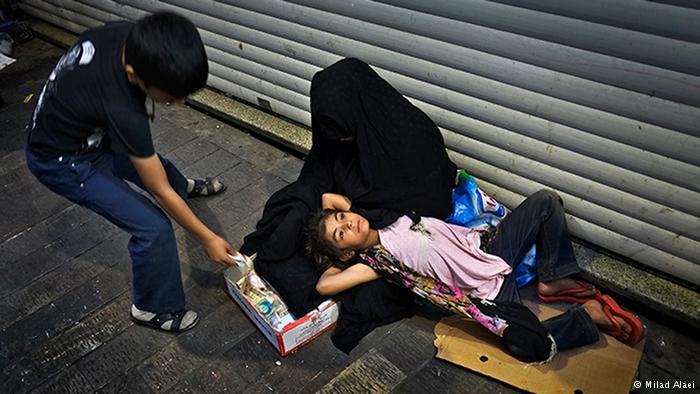 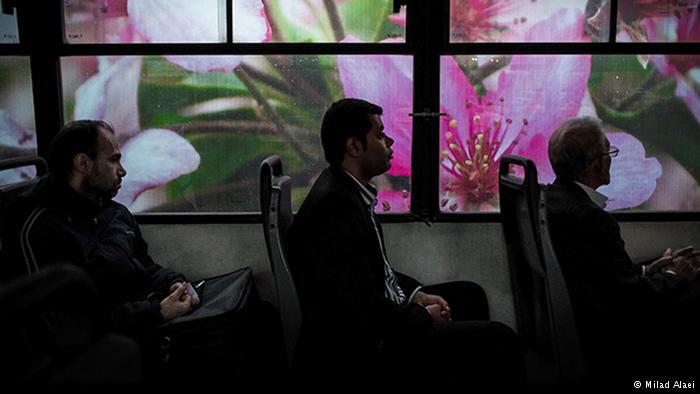 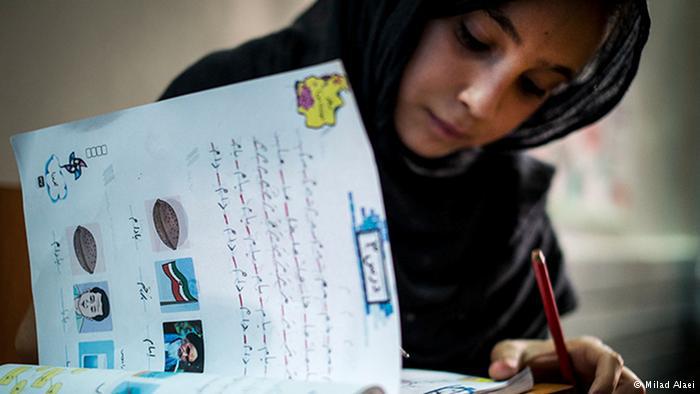 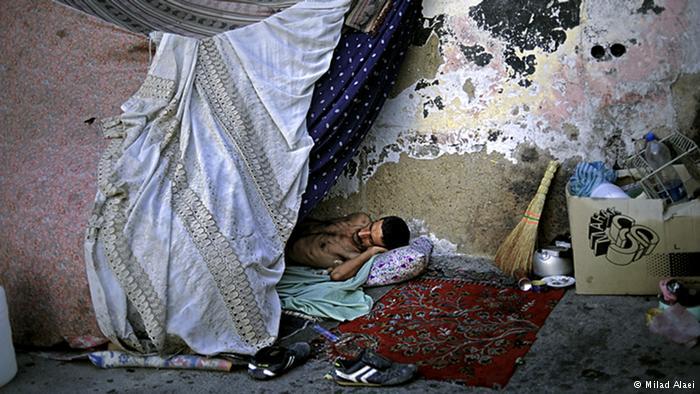 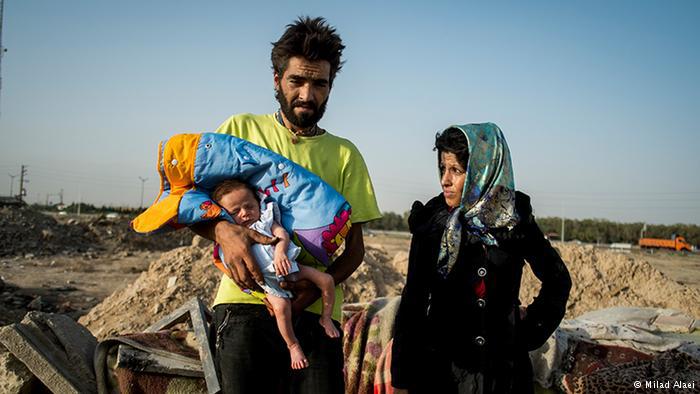 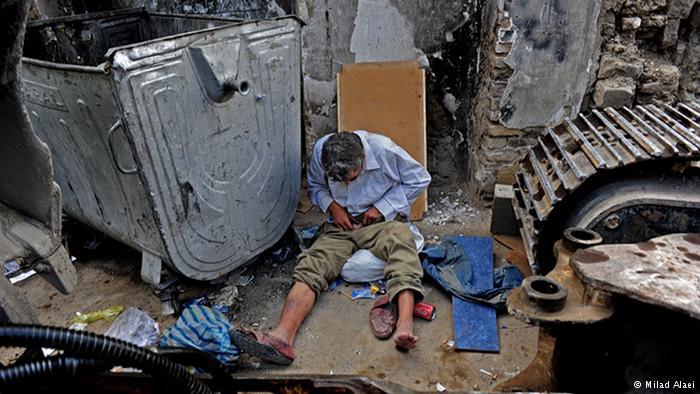 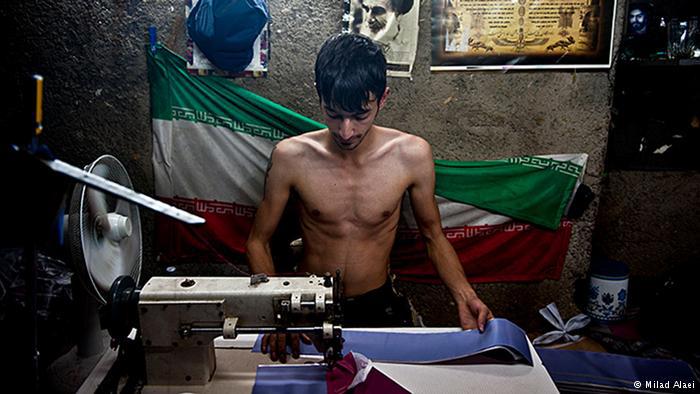 The danger of war and the continuing oppression

The unholy danger of war is in the air: there is talk of it as if it were a macabre rumour. This fuels fear and anger, which at the same time is not taken seriously. Is it the everyday burden of life on people’s shoulders that pushes the threat of war so to the periphery? A danger that is closer than ever. Those who cannot find their way in the present do not think and act in the spirit of tomorrow.

Oppression is constantly growing and is becoming more and more perfidious. Different areas of life are affected: political, social and economic protests, young people playing water games in the park, children dancing in the schoolyard, women wearing loose veils in their own cars. Everything is suppressed – all over the country. This oppression prevents organised protests and has no mercy for those who even rudimentarily question the total guardianship of the regime.

Since returning to power in Afghanistan, the Taliban have steadily eroded the rights and opportunities of women and girls, particularly their access to education. But Afghans are ... END_OF_DOCUMENT_TOKEN_TO_BE_REPLACED

The book "The Invention of the Maghreb: between Africa and the Middle East" prompts us to review basic terminology. This includes terms that we use almost every day as if they are ... END_OF_DOCUMENT_TOKEN_TO_BE_REPLACED

Tunisia has been going through a severe economic and political crisis in recent years. More than one in three young people there are unemployed. For many skilled, qualified and ... END_OF_DOCUMENT_TOKEN_TO_BE_REPLACED

At the end of every year, the team at Qantara.de gives you a run-down of the ten most-read articles on the site over the past 12 months. Here is a quick overview of the stories ... END_OF_DOCUMENT_TOKEN_TO_BE_REPLACED

The government in the Netherlands, one of the last European nations to abolish slavery, has made an historic apology. But some feel that there is still a long way to go. By Ella ... END_OF_DOCUMENT_TOKEN_TO_BE_REPLACED

To celebrate the bicentenary of the deciphering of the Rosetta Stone, the British Museum is running an exhibition entitled "Hieroglyphs: unlocking ancient Egypt" until February ... END_OF_DOCUMENT_TOKEN_TO_BE_REPLACED
Author:
Parastou Forouhar
Date:
Mail:
Send via mail

END_OF_DOCUMENT_TOKEN_TO_BE_REPLACED
Social media
and networks
Subscribe to our
newsletter