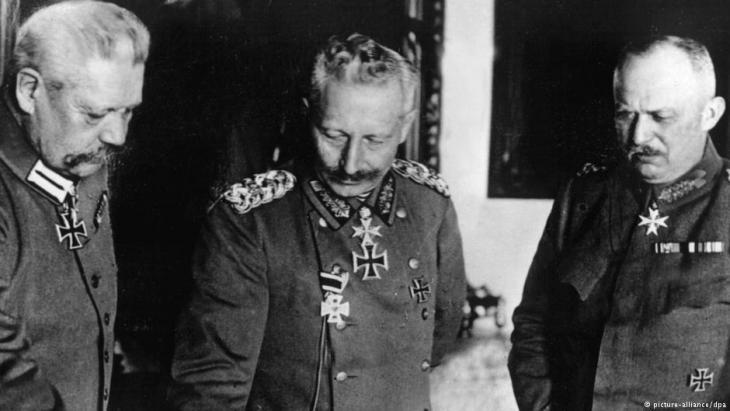 During the First World War, the German Empire allegedly attempted to incite Muslims to engage in a holy war against Russia and Great Britain. This common cliche is also often used to explain the long-standing relationship between Germany and Iran. Ali Sadrzadeh takes a closer look at German–Iranian relations 100 years ago

Maybe one should go to Ohlendorf. For it is possible that this small place in Lower Saxony will bring us closer to solving the mystery of what constitutes the "enigmatic love relationship between Germany and Iran," which "survives every war, every upheaval, every revolution," as Josef Joffe, editor of Die Zeit, has described it.

It is an ambivalent love affair: for some a dangerous liaison between Fascism and Islam, for others a relationship that is as complicated as it is lasting, one that goes far beyond the official and the profanity of politics. What connects the Germans and the Iranians, Germany and Iran? People have been searching for an explanation for a century.

The entire main street of Ohlendorf, once an independent community, today a district of Salzgitter, is named after a son of the town who embodies this "mysterious love affair" like no other German. Wilhelm Waßmuß is the name of the man who was born in 1880 into an impoverished farming family here in the Vorharz, studied Oriental Studies and arrived in Bushehr on the Persian Gulf in 1914 as a German consul. To this day, the municipal archives preserve the estate of this now largely forgotten citizen of the community – whose role was once compared to that of Lawrence of Arabia.

Waßmuß was 34 years old when he came to Iran, yet he had already spent years travelling through various countries in the region. His arrival in Iran marked Germany's active entry into Iranian politics.

The British called the agile diplomat a "German Lawrence". For there are numerous parallels between the activities of the real "Lawrence of Arabia" and those of Waßmuß. Nevertheless, this comparison was and is fatal. For it led to a misunderstanding that still shapes the historical perception of Germans today. 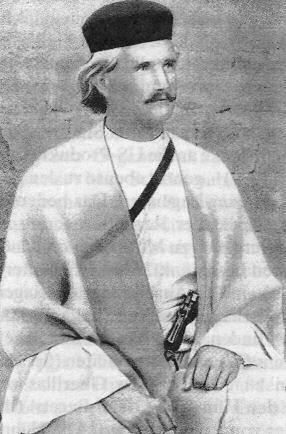 A German "Lawrence of Arabia"? Waßmuß was active in southern Iran for four years. His flexibility, bravery and trickery are remembered in countless stories and rumours that are still told today. It is almost impossible to tell truth from legend

If T.E. Lawrence fought in the service of the British on behalf of the Arab Muslims, who wanted to establish a "true Arab caliphate" and to eliminate the "false caliphate" of the Ottomans, "our Lawrence" must have done something similar, this misunderstanding reads: Wilhelm Waßmuß must also have fought on the southern Iranian battlefields with Iranian Islamists for another caliphate, probably a Persian one. That is how this story has been written and read – right up to the present day.

And in our days, when Orient and Islamism are often equated and Islamist terror dominates the agenda, a dazzling figure like Waßmuß easily disappears behind such an interpretation of history. Suddenly the First World War – at least the part that took place on Iranian territory – mutates into a holy war in which Islamists were at work. And Wilhelm Waßmuß becomes a German jihadist.

After all, the cliche that the German Empire tried to incite Muslims in the Near and Middle East to a holy war against Russia, France and Great Britain has accompanied us throughout 2018 – whenever anyone has felt it necessary to remind us of the battlefields of a hundred years ago. Cliches are long-lived, they are difficult to stamp out – and these days, more than ever, the concept of Caliphate is booming.

To commemorate the end of the First World War, the weekly newspaper Die Zeit published a long article entitled "The German Jihad". It begins as follows: "100 years ago the Caliphate and the Holy War were already being projected onto power fantasies of a continental scale. But at that time it wasn't fanatical Muslims who dreamed of a theocracy, but German intellectuals and politicians who wanted to harness Islam for their own purposes. They did not even have to wish for a caliphate: it already existed in the form of the Ottoman Empire, which aspired with this title to be the "protective power of Islam".

Where this kind of historiography comes from is another subject on which a lengthy tome could be written. Of course, history can be simplified in this way. But in the case of Iran, it by no means reflects reality. Viewed from the perspective of an Iranian historian, one realises that there is another story waiting to be told. The role played by the Germans on the Iranian stage was new and different.

When Waßmuß arrives in Iran, British troops have already invaded the neutral country. Britain and Russia are in the process of wiping Iran off the world map and integrating it into their world empires. Yet resistance is rife throughout the country. Especially in the south, where Waßmuß does his diplomatic service, the British occupying forces meet with a surprising degree of opposition.

However, neither Islamists are at work nor is anyone looking to establish a caliphate. Iran has just undergone a constitutional revolution restricting not only the power of the monarch but also that of the clergy. In the south of Iran, this revolution has mainly been driven by the tribal leaders of the Qashqai. By extension, they then go on to fight against the British occupiers. Wilhelm Waßmuß joins them. By this time, it is more than 500 years since Iran got rid of the Arab Caliphate.

After at first agreeing to accept the grand prize as "Cultural Personality of the Year" in the Sheikh Zayed Book Award, Juergen Habermas then decided to decline the honour. A ... END_OF_DOCUMENT_TOKEN_TO_BE_REPLACED

Philosopher Juergen Habermas was due to be awarded a major Arab prize in Abu Dhabi, but has turned it down following criticism. This decision torpedoes Arab efforts at a ... END_OF_DOCUMENT_TOKEN_TO_BE_REPLACED

At nearly 92, Juergen Habermas is still advocating for a robust and transparent civil society. Now Germany's greatest living intellectual has rejected a book award from the United ... END_OF_DOCUMENT_TOKEN_TO_BE_REPLACED

Violent and racist crimes are on the up in Germany, according to official statistics on politically motivated crimes. Crimes by right-wing extremists hit their highest levels ... END_OF_DOCUMENT_TOKEN_TO_BE_REPLACED
Author:
Ali Sadrzadeh
Date:
Mail:
Send via mail

END_OF_DOCUMENT_TOKEN_TO_BE_REPLACED
Social media
and networks
Subscribe to our
newsletter