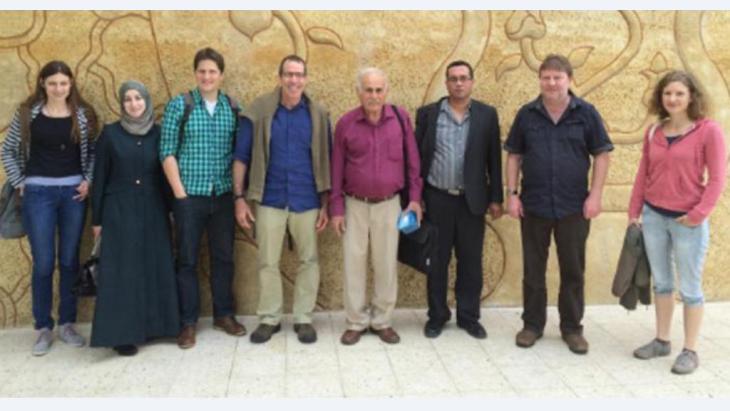 The conflict in the Middle East has been making negative headlines in the international media for decades. Less attention is paid to initiatives in the region that specifically and deliberately bring people from the different sides of the conflict together, such as an academic project involving German, Israeli and Palestinian scientists. By Thomas Kramer

Professor Jorg Kudla wants to use modern academia's international orientation to bring Israeli and Palestinian researchers together. "That's exactly what we've already achieved with our project," says Kudla, the project manager from the Institute of Plant Biology and Biotechnology (IBBP) at the University of Munster. He has gained this impression on preparatory trips and at meetings in the Middle East, at which Israeli and Palestinian researchers talked with each other about more than just their academic work.

The researchers are looking for profound insights into how tomato plants react to what is known as abiotic stress factors, such as heat and dryness or increasing soil salinity. The co-operation partners are Dr Omar Darissa from Bethlehem University (UNESCO Biotechnology Educational and Research Center) and Prof Shaul Yalovsky from Tel Aviv University (Department of Molecular Biology and Ecology of Plants).

The focus is on the plants' response to heat. Not many people are aware that tomato plants stop producing fruit at temperatures over 35 degrees Celsius, which is a real problem for tomato-growers in regions that get hot in summer, like Spain or the Middle East. An old local variety, tracked down by a Palestinian scientist, also allows tomatoes to ripen at over 35 degrees. The biotechnologists are particularly interested in this variety.

The German Research Foundation (DFG) will provide over half a million euro in funding for the project in the next few years. The money comes from a special budget specifically for tri-national projects involving German, Israeli and Palestinian scientists.

The Palestinian academic Zahra Aljabary is one member of the team. She too benefits from the project funding. A 32-year-old with a Master's degree in biology, she recently began working on her doctoral dissertation at Prof Kudla's institute. 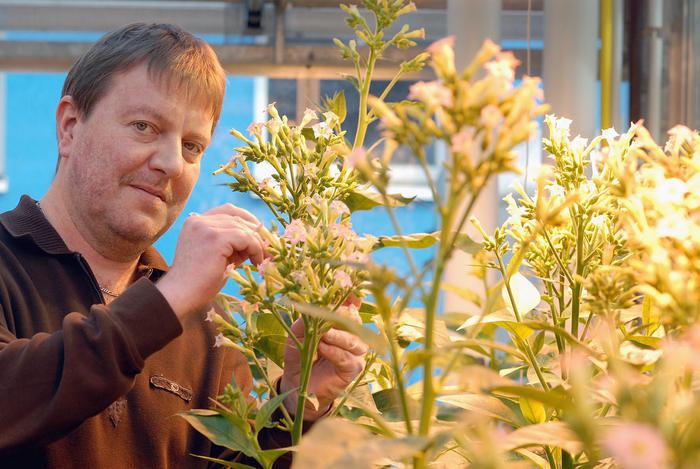 Prof Jorg Kudla (pictured here) of the Institute of Plant Biology and Biotechnology (IBBP) at the University of Munster, hopes that co-operation and regular dialogue will produce a young generation of researchers that thinks internationally and that can help overcome conflicts

"An oasis of happiness"

The conditions for scientific work in Palestine are difficult and hardly comparable with those in Europe or Israel. Nevertheless, the interest in education and research there is huge. Bethlehem University, financed mainly by the Vatican and UNESCO, offers relatively good research conditions. Kudla calls it an "oasis of happiness". He says the atmosphere at the campus is particularly tolerant, which is beneficial for women in particular.

Lack of equipment is compensated by improvisation – up to a certain point. The biotechnology institute has only two small laboratories: one for botany and the other for human biology. "Working there is very cramped, and I have to wait quite a long time when I want to carry out certain experiments or measurements," says Zahra Aljabary.

In Munster, she has already settled in to the new situation. "All my colleagues are very helpful. All the equipment I need is here, and I even have my own desk." She stays in touch with her family and children via regular Skype calls.

A widowed mother-of-two, Zahra Aljabary comes from Hebron, a city in the south of the Israeli-occupied West Bank. Hebron is regarded as one of the centres of Palestinian resistance to the occupying power. The 35-kilometre journey to Bethlehem University takes Aljabary about half an hour – when she encounters no problems crossing the over 700-kilometre barrier along the border. The barrier consists in part of a concrete wall. "You can't take it for granted that you can cross; it often depends solely on what mood the border guards are in," she says, speaking from painful experience. No one at a checkpoint knows whether they will be let through or whether they'll be allowed back on the same day.

Running the gauntlet at the border

It's an absurd game of chance that affects both Israelis and (most particularly) Palestinians. Every border crossing has to be approved by the authorities in advance, or a pass has to be presented, explains Aljabary. Due to Jewish settlements, it's not unusual to have to pass through several border checks and road blocks to get to a destination. "When war breaks out, the checkpoints are all closed anyway." 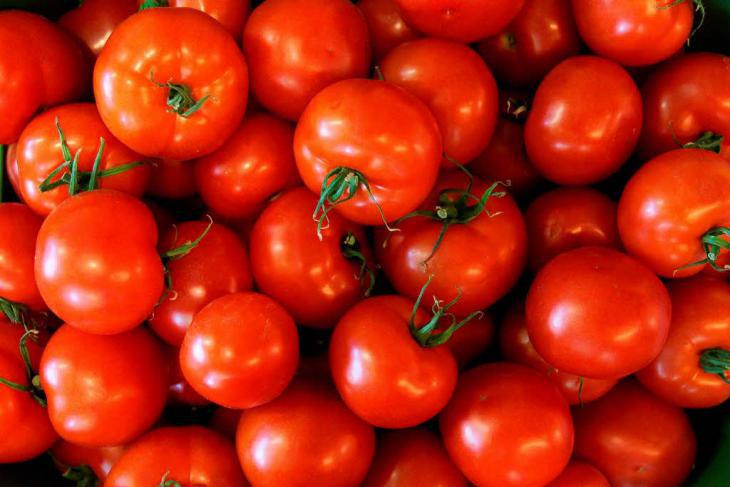 The members of the tri-national team of researchers under the leadership of Prof Jorg Kudla are looking at how tomato plants react to what is known as abiotic stress factors, such as heat and dryness or increasing soil salinity

Many students and staff at the university have to deal with this problem, as they live in the Palestinian territories around Bethlehem. "There are often difficulties at the checkpoint on Fridays when we want to go home earlier," she reports. Although Friday is not a religious holiday for Muslim Palestinians, it is as important to them as Sundays are for Christians or the Sabbath for Jews.

Yet the absurdity doesn't end there: Jewish Israeli citizens are banned by their government from entering the Palestinian territories. Meanwhile, Palestinians who make contact with Israelis are often suspected by their own people of collaborating with the occupiers. Anyone who appears the slightest bit suspicious is turned back at the borders.

The labyrinth that is the West Bank

The West Bank is a veritable labyrinth for visitors. "There are zones for Palestinians only, zones only for Israelis and settlers, and then zones that everyone is allowed to enter," says Jorg Kudla. Between them are roads and paths with strict rules about their use. "If you don't stay on the right roads at a junction you can get into real trouble."

"The Israelis and Palestinians are neighbours, but have no contact. Basically, that's the way the ruling powers want it," is Jorg Kudla's personal assessment of the political impasse. "For the Palestinians in particular, it's becoming more and more difficult to build up their economy and make progress in science."

Nevertheless, or perhaps for this very reason, Kudla is looking to the future and to projects like the tri-national one that he is leading. He hopes that co-operation and regular dialogue will produce a young generation of researchers that thinks internationally and that can help overcome conflicts such as those in the Middle East.

A French artist has used photos of torture from Abu Ghraib for an oversized artwork at the Berlin Biennale. Reactions from fellow artists have been mixed, with some criticising ... END_OF_DOCUMENT_TOKEN_TO_BE_REPLACED

Since Ali Khamenei, Iran's most powerful man, has openly and unconditionally come out in support of Putin's war in Ukraine, logistical help is on its way, with an allegedly ... END_OF_DOCUMENT_TOKEN_TO_BE_REPLACED

It is possible to write about the Holocaust and the crimes of colonial powers without downplaying anything. In her latest book, Charlotte Wiedemann focuses on the numerous blind ... END_OF_DOCUMENT_TOKEN_TO_BE_REPLACED

This year Annemarie Schimmel, the great German scholar of Islamic studies, would have turned 100. Unique within the German and international academic community of her time, ... END_OF_DOCUMENT_TOKEN_TO_BE_REPLACED

The highly controversial Indian blockbuster "The Kashmir Files“, on the exodus of Kashmiri Hindus in the 1990s, is characterised by unilateral representations, negative ... END_OF_DOCUMENT_TOKEN_TO_BE_REPLACED

END_OF_DOCUMENT_TOKEN_TO_BE_REPLACED
Social media
and networks
Subscribe to our
newsletter