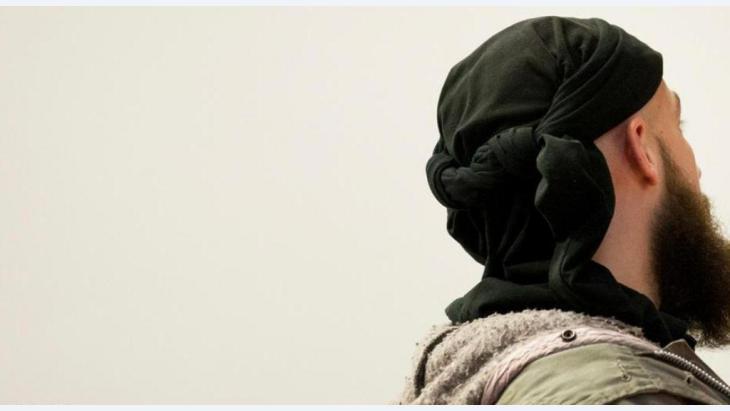 How is it possible to stop vulnerable young people attracted by the siren call of religious salvation from becoming radicalised and joining IS? Prevention is difficult — sometimes even impossible. By Naomi Conrad

The policeman in the visitors' gallery is wearing plain clothes. Only the small green badge dangling from his grey suit reveals that he is from the police. In the auditorium below, words like "war", "Syria", "radicalisation" and "drop-out" fly to and fro. Now and again, the man leans forward a little, as if he wants to be sure not to miss a word of what is being discussed below, where the members of the Bundestag Subcommittee on Civilian Crisis Prevention have called a public meeting.

The theme here, as in so many other press conferences and meetings in the past few weeks, is the German jihadists, for the most part young people who become radicalised and then travel to Syria or Iraq to join the fighters of the self-anointed Islamic State (IS).

Four hundred and fifty jihadists have now left Germany, says Hans-Georg Maaßen in a grave tone, most of them via Turkey. At least 40 have already died there, six of them evidently as suicide bombers. The figures could be higher. Maaßen is the head of the Federal Office for the Protection of the Constitution, Germany's domestic intelligence service.

He assumes that the actual number could be much higher and that it continues to rise sharply: "Again and again, people we don't even know about suddenly post on Twitter from inside Syria." These are people who have covertly become radicalised, at home, over the Internet, perhaps in their circle of friends – but not in the Salafist groups that are under observation by the domestic intelligence service. 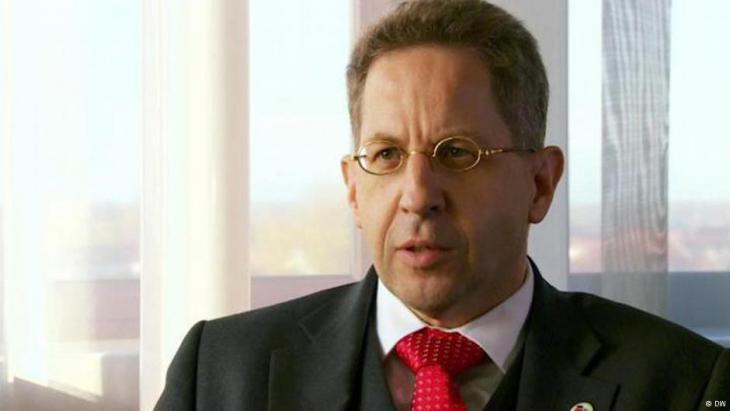 According to Hans-Georg Maaßen, president of Germany's domestic intelligence service, 450 jihadists have already left Germany to fight in Syria and Iraq. "At least 40 have already died there, six of them evidently as suicide bombers"

There are currently 6,200 Salafists in Germany, says Maaßen. Salafists belong to a very conservative movement that propagates Islam as it was practised in the days of the Prophet Mohammed. These fundamentalists account for only a tiny fraction of the approximately four million Muslims living in Germany. And yet Maaßen believes that by the end of the year, the number of Salafists will have probably risen to 7,000. This makes them the fastest-growing extremist group in Germany.

By no means all of them support Islamic State and are ready to resort to violence; there are, after all, a variety of different groupings within Salafism. According to Maaßen, the line between the puritanical and the violent movements within Salafism is a fluid one. Furthermore, 25 per cent of the German jihadists whom the domestic intelligence service has already been able to identify in video messages, where they can be seen raving about life in the military encampments and bragging about murdering and killing, have connections with Salafist organisations.

These people do not appear on the radar of the domestic intelligence service until they are already in the midst of a radicalisation phase, says Maaßen. And then it's a matter of preventing the worst, namely stopping combative people from leaving the country to travel to the war zone. Radicalisation, he says, actually begins much earlier. Nipping it in the bud is someone else's job.

For example, the job of Claudia Dantschke of the Centre for Democratic Culture in Berlin and the "Hayat" advice centre, who is sitting with Maaßen at the long table in the auditorium. Since 2007, "Hayat" has been helping Muslims who want to exit the Islamist scene and advising parents whose children have become radicalised.

Many families, says Dantschke, react in a counterproductive way to the radicalisation of their children, namely by taking an authoritarian approach. But that often has the effect of only making the ideology even more attractive. She tells of a radical youth subculture that attracts boys and girls from very diverse backgrounds, not only young people from Muslim homes, but also ethnic Germans from Russia with a Christian background.

Many teenagers try to establish their independence from their parents by turning to Salafism, Dantschke explains. She tells of a young Afghan man whose parents fled the Taliban in Afghanistan and came to Germany, where their son subsequently became a radical jihadist. And then there's the son of Christian civil war refugees from Bosnia who joined the Salafists. Others are looking for attention or an identity in a society where they repeatedly encounter prejudice and rejection.

Another problem is that conservative families often have a certain mistrust of German society and thus hesitate to contact an advice centre, or do so much too late, says Dantschke. By then, the process of radicalisation is already too far advanced.

Dantschke is also concerned at the fact that many parents do not report it when their children return from the war, for fear that their son or daughter could end up in jail. This fear is justified, because the name of anyone who is identified in video messages by the domestic intelligence service or by foreign intelligence agencies will be forwarded to the authorities, "so that he or she can be welcomed at the airport by the police," as Maaßen puts it. 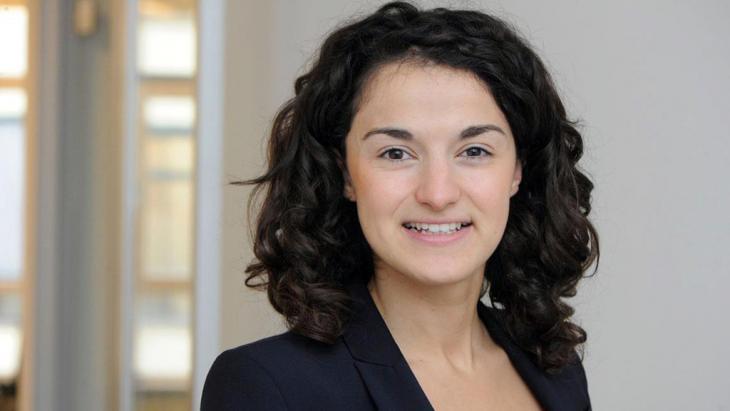 Esra Kucuk of the Young Islam Conference calls on German Islam scholars and theologians to convey a more nuanced picture of the religion on the Internet. She also feels that less media coverage of the actions of Salafist groups would be helpful

However, if young people return in a traumatised state and do not receive any counselling, "they become ticking time bombs," says Dantschke, referring to the possibility that they might go on to perpetrate attacks in Germany. On the whole, Germany still has a great deal of work to do in setting up a support structure for those who want to drop out of the Salafist scene.

This also applies to Internet-based information for young people who want to learn about Islam. They are soon channelled onto Salafist websites that are not recognisable as such at first glance, says Esra Kucuk of the Young Islam Conference, a network of young Muslims. There are, she adds, simply not enough websites that provide in-depth information about the Islamic faith in youth-friendly language.

She says that Islam scholars and theologians need to convey a more nuanced picture of the religion on the Internet and to raise awareness. She also calls for a code of conduct for the German media, adding that the press, radio and television should not report as much as they do about the actions of Salafist groupings in order not to draw even more attention to them.

But even without media coverage in Germany, videos and messages posted on the Internet by the German IS fighters and targeting German citizens are quite easy to find. Moreover, according to Maaßen, it's nearly impossible to delete them. They keep popping up again somewhere else, enthralling even more young people.

Maaßen is quick to point out that there is no silver bullet in this context. The state can revoke passports, monitor fighters and returnees who have demonstrably participated in military conflicts, and prosecute them. But none of this, he emphasises, can work wonders. "Our problem is that this society spits out the people who are willing to go to Syria."

By the time he says this, the plain-clothes policeman has already vanished from the visitors' gallery.

Among Muslims, the image of women as "cossetted hijab-wearing princesses" is frequently invoked. But Muslim women have long wanted to be more. In her essay, Karoline Roscher- ... END_OF_DOCUMENT_TOKEN_TO_BE_REPLACED

The USA and NATO plan to withdraw from Afghanistan by September. The operation is risky, the outcome uncertain. Many Afghans fear civil war. The quake on the Hindu Kush will also ... END_OF_DOCUMENT_TOKEN_TO_BE_REPLACED

Even in times of war and pandemic, refugees are still being deported to Afghanistan. Several deportation flights have taken place in recent weeks alone. Since those affected often ... END_OF_DOCUMENT_TOKEN_TO_BE_REPLACED

On 7 March, Switzerland became the latest European country to vote in favour of a so-called "burka" ban. It was yet another feather in the cap of the right-wing populist Swiss ... END_OF_DOCUMENT_TOKEN_TO_BE_REPLACED

German Middle East analyst Guido Steinberg and television journalist Ulrich Tilgner have both published new books on the conflicts in the Middle East. Their analyses and their ... END_OF_DOCUMENT_TOKEN_TO_BE_REPLACED

END_OF_DOCUMENT_TOKEN_TO_BE_REPLACED
Social media
and networks
Subscribe to our
newsletter