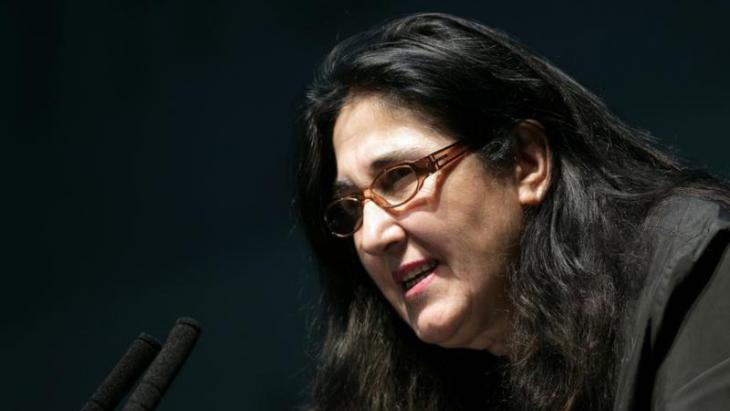 Emine Sevgi Ozdamar's writing is characterised by its unique figurative language – Arabic children's prayers, Turkish idioms and English film quotations all line up like telling beads, complementing each other and unfolding their own special rhythm. Aygul Cizmecioglu introduces the author

The first time people encountered this woman with the long black hair in Germany was on television screens. Whenever a role had to be cast for a "Mediterranean"-looking woman, she was the one people called. She played oppressed, headscarf-wearing women, or mousy mothers with strong migrant worker-sounding accents. She was clear, however, about the cliches she was reinforcing and knew that she had long overcome them herself.

Very few viewers could have guessed what a literary talent the woman acting in these roles would prove to be. Emine Sevgi Ozdamar is familiar with the feeling of being underestimated. She is even empowered by it.

Even the title of her debut roman bucked literary conventions. It's a mini-story of its own – her need to tell stories apparently can't be stopped. The method convinced the demanding jury of the Ingeborg Bachmann Prize. Ozdamar won the award in 1991. 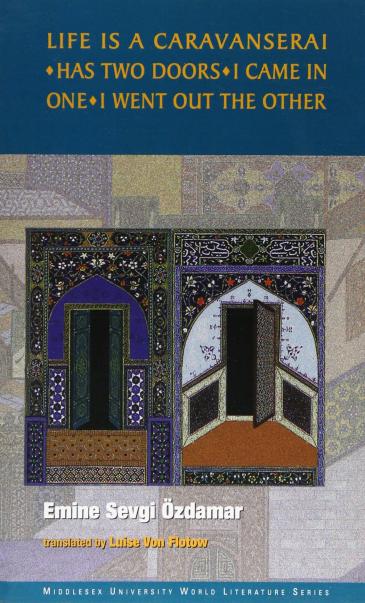 Ozdamar brought a huge force into German-speaking literature. A force that brings the joy of storytelling to the fore and doesn't concern itself with narrative conventions. Her debut "Life is a Caravanserai: Has Two Doors I Came in One I Went Out the Other" is the best example of this

Many other prestigious prizes followed, from the Carl Zuckmayer Medal to the Kleist Award. Ozdamar grinned wryly about these honours. After all, she was rather insulted that some critics trivialised her books as "migrant literature" and did not take them seriously.

Yet Ozdamar brought a huge force into German-speaking literature. A force that brings the joy of storytelling to the fore and doesn't concern itself with narrative conventions.

Her debut is the best example of that. The coming-of-age story of a young girl who grows up in Turkey in the 1950s and 60s begins deep in the heart of Anatolia, Turkey, then moves on to Istanbul, Bursa and Ankara and ends in a train headed to Germany. Aboard it is a young, rebellious 18-year-old who, against all resistance, is taking her life into her own hands.

"Only one man got in, he was the conductor. He gave everybody a plastic container with water, a parcel of food, 112 deutschmarks, which was part of our month's salary and a book. The book was entitled, 'Handbook for Workers Going to Work Abroad.'"

It's clear that the first-person narrator is the author herself – a young Turkish woman who grows up with little money but a great deal of curiosity. When she and her family leave their small Anatolian village for a better life in the big city, two worlds come together: the rural farming traditions of the village on the one hand, Istanbul's Western lifestyle on the other.

"The people in Istanbul were the developed photographs you like to hang on the wall and the people in Anatolia were the negatives you leave lying somewhere in the dust and forget."

The young woman loves Hollywood films with Humphrey Bogart and listens attentively to the fairy tales her beloved grandmother tells at night. Ozdamar's novel, however, is not about significant fissures in one's identity. She masters the art of weaving together two polar worlds to create a unique view of the world – archaic and modern at the same time.

"At the port, the ships blew out the people hurrying home from work as clouds of dust. The ships took in the other waiting people. A belly that kept taking in its seed as grown children and in its belly they immediately got tea in small glasses."

A poetic flow of images creates a fictional world between dream and reality. Ozdamar's language also reflects this unique blend: children's prayers in Arabic, Turkish idioms and English film quotes appear one after another, complementing one another and creating their own rhythm. It is precisely this use of metaphors that distinguishes Ozdamar's literature.

Maybe that's why it hit her so hard that German-Turkish writer Feridun Zaimoglu seemed to have cribbed many of her images and stylistic elements in his celebrated novel "Leyla". In the book, he writes about his mother's childhood in Anatolia, with astounding parallels to Ozdamar's books, particularly her debut novel which had been published 14 years previously, in 1992. Was it a plagiarism scandal? Ozdamar certainly felt like her work and life story had been copied.

For Ozdamar, literature also means life and language is not only a vehicle, but also a substantial part of her personality. At some point, she began writing in German because her mother tongue, Turkish, had lost its innocence during the military dictatorship. "The words had fallen ill," she once described it. Bertolt Brecht's language became her saviour. In the book, the 18-year-old who heads off to Germany at the end of the novel ends up living out her dream.

Just like the author herself. In Berlin, she began working as a director's assistant at the Volksbuhne theatre. Celebrating a successful career as a storyteller, actress and theatre director, she has also been a member of the German Academy for Language and Literature since 2007. Her first novel, "Life is a Caravanserai", has also made it onto the list of "1001 Books You Must Read Before You Die".

Emine Sevgi Ozdamar was born in Malatya, Turkey in 1946. She came to Germany for the first time when she was 18 years old. In 1976, she began working at the Volksbuhne in East Berlin. She has lived and worked as a writer and actress since 1986 and resides in Berlin.

Some companies in Germany are reluctant to hire Muslims. But it is not only the Muslim applicants who are losing out, so too are the companies. After all, there are multiple ... END_OF_DOCUMENT_TOKEN_TO_BE_REPLACED

The European Court of Justice has given its backing to companies that don't allow female Muslim staff members to wear headscarves – as long as they don't permit the wearing of ... END_OF_DOCUMENT_TOKEN_TO_BE_REPLACED

Ayaan Hirsi Ali’s new book "Prey" claims to examine how Muslim immigration threatens the rights of Western women. Indeed the injustices women face only seem to matter to her when ... END_OF_DOCUMENT_TOKEN_TO_BE_REPLACED

The Saudi national team is set to play the German Olympic squad at the Olympics in Tokyo later this month – a chance for the outsiders to make their mark. At the same time, and ... END_OF_DOCUMENT_TOKEN_TO_BE_REPLACED

I regret very much that I worked for the Bundeswehr. If the Taliban knock on my door, I hope they shoot me right away. Guest article by Ahmad Jawid Sultani END_OF_DOCUMENT_TOKEN_TO_BE_REPLACED

END_OF_DOCUMENT_TOKEN_TO_BE_REPLACED
Social media
and networks
Subscribe to our
newsletter