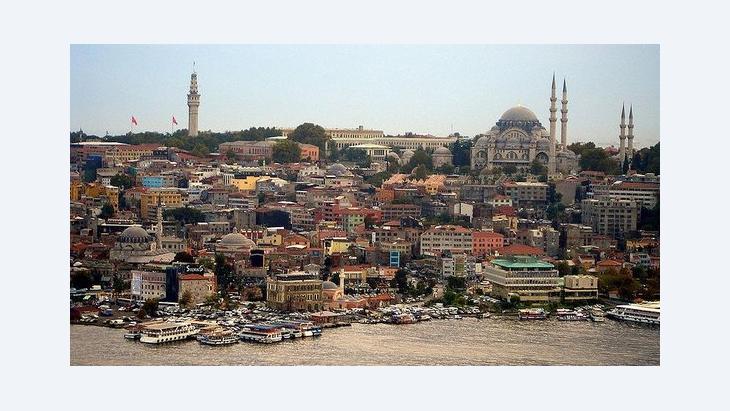 ﻿Many well-educated German-Turks emigrate to Turkey. In Germany, where there is a shortage of qualified personnel, the effects of this loss are making themselves felt. But the trend is the consequence of a disregard that has been practised for decades. Semiran Kaya reports from Istanbul

On the pinboard in an open-plan office of an Istanbul housing and cultural agency hangs a green flyer displaying the image of a grilled chicken. "Wienerwald is like a piece of home for me," laughs Serpil Duygulu from Frankfurt. "I stand out here because of my honesty," says Sibel Sürücü from Heidelberg. She's not quite mastered the art of diplomatic criticism, as it is practised here.

Duygulu and Sürücü moved from Germany to Istanbul three years ago. Seeking out the most attractive market in today's globalized world is nothing unusual. But both women, born and educated in Germany, are not isolated cases.

For years now, more people have been relocating to Turkey from Germany than vice versa. According to the Federal Office for Statistics, last year 8,159 more Turkish nationals left Germany than moved there. The German-Turkish Foundation for Education and Scientific Research in Istanbul estimates that in the meantime some 50,000 well-educated German-Turks aged between 20-40 have settled in Turkey. 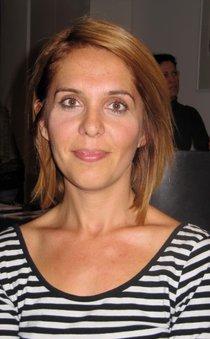 Has not yet mastered the art of diplomatic criticism as practised in Istanbul: German-born Sibel Sürücü

​​In Serpil Duygulu's case, it was her family that wanted to go back to Istanbul. The bi-lingual secretary had always wanted to live in Istanbul for a while. "Here everyone is governed by their instincts – so a year ago, I got rid of my watch. But I've been integrated here from the first moment."

Sibel Sürücü, who had worked for years in Cologne as a manager at various media companies, wanted to "feel at home" at last. "I wanted to get away from the ghettoisation you always experience in Germany. I was always just 'the Turk!' Here I'm known as 'the German', but somehow I feel complete," she says.

The permanent sense of not belonging, although one could not be more German – through birth, schooling and education – also had a serious impact on Özel Aydin. When he experienced not only xenophobia but also institutional discrimination, the successful retail salesman from Hamburg looked to the homeland of his parents as a possible place to emigrate.

"When I realised that all my requirements would be met here, I said to myself: why should I continue living in Germany, where I'm only perceived as a foreigner? I've made the right decision. I feel very much at home here, there's nothing I miss and I'm acknowledged and recognised in every respect." Here, says the Sales Manager of an Oetker Group in Istanbul, "I'm just Özel Aydin, who speaks Turkish with a slight accent."

The trend exposes Germany's huge integration deficits. Instead of accepting cultural differences and perceiving them as potentially enriching, as in Spain, England or France, German-Turks are often assigned a problematic general identity, since 11th September also even an "ominous Muslim" identity. The fact that this kind of treatment actually fosters a Turkish or Muslim self-perception is often overlooked. 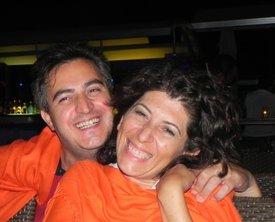 Speaking Turkish with a slight accent: Özel Aydin with his wife, at home in Istanbul

​​Hardly surprising then that it is often the top-end professionals who are turning their backs on Germany. Cigdem Akkaya, for example, who was quite simply tired of always having to battle for acceptance. And this although as deputy director of the Centre for Studies on Turkey, she played a decisive role in shaping a variety of debates for no less than 15 years.

"For a long time I organised the dialogue between the cultures, and chaperoned the discussions on dominant culture, headscarves and the question of whether Turkey belongs to Europe. But no matter what we did, in the end I always had a sense that we Turks were the problem. I was left hoping for some kind of assurance that I would one day really be welcome."

These days, Cigdem Akkaya manages a PR and event agency in Istanbul. In her free time, she organises a monthly get-together of "Deutschländer", as they call themselves – a group with more than 1,000 adherents. And by the way, describing them as "returnees" is misleading: few of the "Deutschländer" in Istanbul lived in Turkey before. They are better described as transmigrants in a globalised world.

Germany realises its loss – but too late

The increasing emigration of such members of the workforce is by no means a "luxury problem", as the Interior Minister at the time Thomas de Maizière described it so tersely during his trip to Turkey last October. While Turkey is happy about the new influx of highly-qualified potential, Germany is also beginning to wake up to the reality. Federal President Christian Wulff acknowledged the loss during his trip to Turkey in November 2010. 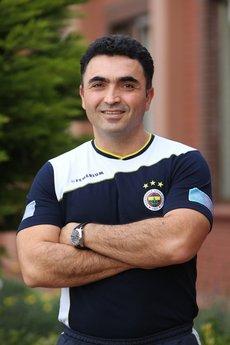 Did not want to put up with being exposed to senteces like, "I'm not going to be treated by a Turkish doctor": Ertugrul Karanlik, now team medic for the super-league soccer club Fenerbahce in Istanbul

​​"I've met a number of great young people here, who spent several years or more in Germany, and who are very familiar with German culture, but see their future in Turkey. I'll only be able to get over that if these young people at least feel loyal to the German nation too," he said.

Many definitely feel a kinship with Germany. Sports medic Ertugrul Karanlik, for example. But he'd also had enough of continually having to battle against the same grievances: "As a graduate I'd never experienced as much rejection as in Germany. A certain degree of recognition came with the doctor's profession. But hearing people say things like 'I'm not going to be treated by a Turkish doctor', or having to put up with a judge who wouldn't pay his bill as a private patient telling me how I should behave as a foreigner – experiences like that made it easier for me to leave."

Munich architect Erdogan Altintas on the other hand juggles and lives between both cultures. He's been restoring old apartments in Istanbul's Galata district for 14 years now, and finds it easier to assert himself professionally here than in Germany.

"I'm always thinking of my colleagues in Munich. And that reminds me of how fortunate I am here in Istanbul, and how wonderful it is to have grown up in both cultures. I can still remember the questions: 'How do you feel, are you German or Turkish, where do you belong?' Sometimes I could even sense the pity – as though I was a poor soul who didn't have a home. All I can do is smile about it now."

At least 150 theatre professionals were recently fired without reason in Turkey, just days before they were expecting to receive permanent contracts. Creatives accuse the ... END_OF_DOCUMENT_TOKEN_TO_BE_REPLACED

Political analyst Taqadum al-Khatib argues that Egypt can, in co-ordination with its European partners, develop a common vision to solve the complex conflict in Libya. For this to ... END_OF_DOCUMENT_TOKEN_TO_BE_REPLACED

Turkey's President Erdogan wants to create a second Bosphorus. The cost to the economy and environment would be enormous – and that's why Istanbul's mayor is attempting to stop ... END_OF_DOCUMENT_TOKEN_TO_BE_REPLACED

Libya is in turmoil and no political solution is in sight. The EU's inability to take concerted action in the country, meanwhile, is being exploited by third parties, such as ... END_OF_DOCUMENT_TOKEN_TO_BE_REPLACED

Taking the Fridays for Future movement as his starting point, Muslim environmental expert Tarik Quadir talks to Marian Brehmer about the connections between Islam and ... END_OF_DOCUMENT_TOKEN_TO_BE_REPLACED

There are only a few thousand Aramaic Christians left in south eastern Anatolia. And they are intent on preserving their ancient culture dating back one-and-a-half millennia. ... END_OF_DOCUMENT_TOKEN_TO_BE_REPLACED
Author:
Semiran Kaya
Date:
Mail:
Send via mail