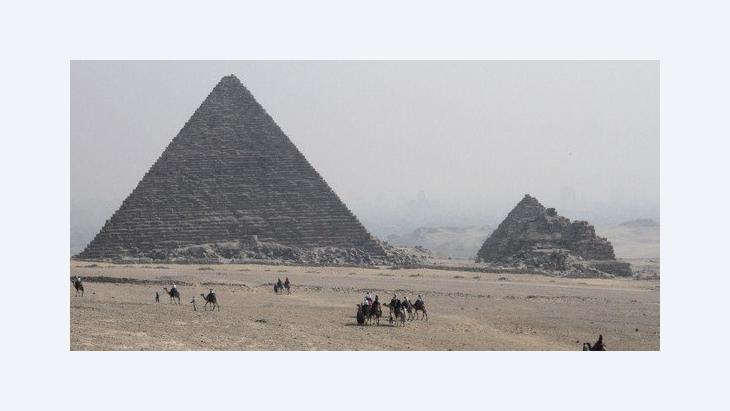 Germans in Egypt
Mirror to a Society in Flux

﻿After Egypt's revolution, western foreigners have come under suspicion. But many Germans have been living in the country for years and have found their place in society. Their stories tell of how Egypt is changing. Birgit Svensson reports from Cairo

"If not now, when?" That was probably what the organisers were thinking when they decided to put on a Germany Week in Egypt: fly the flag when the times are tough – even if the German Konrad Adenauer Foundation (KAS) is currently under serious attack. Some 30 events between April 17th and May 5th are intended to show the variety of German involvement in Egypt – not just in Cairo, but also in Alexandria and in the tourist centres of Luxor, Hurghada and El Gouna.

The organiser – the German embassy in Cairo – is going on the offensive: "The series is a significant sign of the close relationship between the people of Egypt and the people of Germany beyond the concerns of day-to-day politics," says the embassy. By that it means that the ties between the people are much more important than the trial against the two employees of the KAS, who are accused of illegal activities and endangering Egyptian security.

There'll be German reggae; BMW and Mercedes will show off their wares; there'll be a wind park on the Red Sea to be visited. And German ambassador Michael Bock and television presenter Sally Fouad will cook together live on the family television channel "Al-Mehwar". 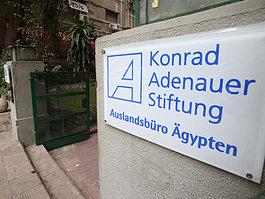 ​​All that's designed to help the Egyptians become aware of how much more there is to Germany than the loud accusations that the Foundation employees were Israeli agents. The semi-official daily paper "Al Ahram" claimed, among other things, that KAS staff in Cairo were getting their orders from Tel Aviv. In fact, the KAS office in Israel is in Jerusalem.

When the two employees were allowed to leave Egypt at the end of the first day of their trial after posting bail, there were demonstrations against the decision of the court to let them go. Since then, the judges have resigned without giving reasons, and nobody knows if new judges will be chosen and the trial will continue. The KAS is not alone: staff from American organisations and Egyptian NGOs working for human rights and freedom are also on trial.

A rare voice of optimism

Kilian Bälz is a specialist in business. He's been working for the international legal firm Amereller for the last four and a half years, advising international investors. "Specialised legal advice for difficult markets," is what he calls the work he and his colleagues do in the Arab world. Bälz, who's 44, comes from the southern Germany city of Tübingen and studied in Freiburg and Berlin. He's optimistic about Egypt right now: "It's going upwards in the economy," he says. There are more people starting businesses, and there's a healthy number of start-ups in internet commerce. 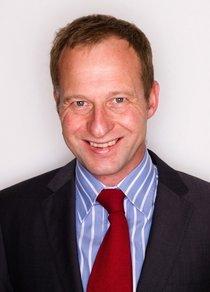 "Egypt is coming back", following the initial hesitation after the fall of Hosni Mubarak last February, says businessman Kilian Bälz

​​"Egypt is coming back", following the initial hesitation after the fall of Hosni Mubarak last February, he says. But big projects were still frozen: nobody wants to make a decision in the ministries. Business activity was going on only in the medium- and small-sized economy. "But the barometer is rising," he says. He doesn't want to comment on the NGO trial or the KAS – the issue is too sensitive.

But he is prepared to comment on the Egyptian justice system in general. He's known Egypt since the early 1990s, when he studied Islam at the American University in Cairo. The justice system, he says, hasn't changed much since. He describes it "independent in most cases," but "in many ways inadequately resourced and overworked." As far as political cases were concerned, it was often politicians who decided who should be investigated. All the same, even under Mubarak there were cases which the government wanted to pursue but which were thrown out by the courts.

Especially when it comes to political cases, it was evident that judges by no means let themselves be dominated by political interests, says Bälz. But even when the judges have made bold decisions, it's often been the case that those decisions have not been implemented. Some of the more committed judges have resigned their positions in frustration. Egyptian society enjoys going to court, and that hasn't changed since the revolution. Many political disputes are also enacted before the courts, and the courts are exploited for political purposes.

Some 10,000 Germans live in Egypt. Not all of them have registered with German missions, so that the number could well be higher. Many of them still have their main home in Germany.

Optimism and hope after the revolution

The largest number of Germans are women who are or were married to Egyptians. Baraka Karin Maatwk is one of those who were drawn to Egypt by love. "Love for a man has led to love of the country," says the 49-year-old, who was born in Düsseldorf but lived most of her life in Berlin.

She came to Egypt nearly 21 years ago, and hasn't ever regretted the move. She trained as a psychotherapist and joined a practice in the Mohandessin district of Cairo where she offers "family reconstruction". It's a method which, she's discovered, appeals to Egyptians, although in general psychotherapy is not well regarded in Arab countries, where few people know the difference between psychiatry and psychotherapy.

But by working with the whole family, and using the method to find solutions for marital problems, anorexia or domestic violence, she has found that people are open for her input. The upheavals of the last year have not just changed Egypt, they've changed the Egyptians too. Following years of stagnation – "everyone was in a slump" – you can now feel the energy, she says: "The revolution was necessary."

Since then, there's been a run on her practice. It's not just the consciousness for political development which has been sharpened, she says, the same applies to daily life. "Everywhere, there's a sense of optimism and change," she says – and it's only natural that people can't always deal with it. So they come to Barak Karin, who converted to Islam when she married and now has both a German and a Muslim name. For her clients, that means she represents both worlds: she has the distance of a foreigner, to whom one might reveal more than to a native, and the familiarity of a Muslim who has become part of the society.

So how is one to understand the animosity towards Western foreigners? Frank van der Velden sees the explanation in the "national pathos" which is currently omnipresent in Egypt. The protest movement and the opponents of the Mubarak regime saw Western governments as sycophants who ensured that Mubarak could stay in power as long as he did. Van der Velden, who's 48 and the father of two children, came to Egypt in 1997 as a theologian with the German Catholic community of St. Mark in Cairo. It's not the first time he's seen turbulence in Egyptian society. 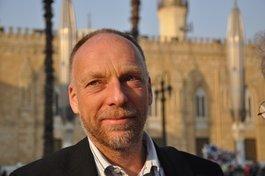 Primacy of politics: Frank van der Velden, a Catholic theologian, sees it as more likely that there'll be conflict between secular, liberal and religious groups, rather than between Christians and Muslims

​​"I thought I was coming to an orderly place," he says. But then came the massacre in Luxor, when terrorists from the Islamist group Gama'a al Islamiyya killed 62 people, most of them tourists, in cold blood. Four years later, the 9/11 terror attacks in the US brought a new challenge for state and society.

Germany's then-president, Johannes Rau, and Mubarak started a dialogue, which, says van der Velden, turned out to be "very fruitful". The Egyptian Christians entered into a kind of truce with Mubarak, who strengthened their position in society, and adopted the slogan "We Egyptians – as Muslims and Christians."

What started as an interreligious dialogue turned into a national dialogue. So it was not without reason that the Coptic Christians, who make up around 10 percent of the Egyptian population, were worried about what might happen after Mubarak. But Muslims are also feeling insecure.

"No-one knows what will happen," says van der Velden. But he sees it as more likely that there'll be conflict between secular, liberal and religious groups, rather than between Christians and Muslims. "The inner-Muslim dialogue will be the main influence on the national discourse," he prophesises. Foreigners will not be banned from wearing bikinis on the beach, but extreme care will be taken to ensure "that there aren't Egyptian women lying beside the tourists in their revealing costumes".

Home
Print
Newsletter
More on this topic
Start of the Trial against NGO Staff in Egypt: A Bizarre and Legally Controversial CaseLiterary Publishers in Cairo: A Special Form of Modern PublishingInternational Cultural Work and the Cultural Scene in Egypt: Instigating Change
Related Topics
All Topics
Date:
Mail:
Send via mail

END_OF_DOCUMENT_TOKEN_TO_BE_REPLACED
Social media
and networks
Subscribe to our
newsletter