Germans take to the streets: marching for and against Pegida

In the autumn of 1989, Dresden was one of the East German cities that became known worldwide for the peaceful "Monday demonstrations" against the government of the GDR that precipitated the fall of the Berlin Wall a few months later. One of the slogans chanted by the protesters at the time was "Wir sind das Volk" (We are the people). Twenty-five years on, a very different movement began organising weekly Monday demonstrations and chanting "Wir sind das Volk". In this photo gallery, we chart some of the reactions to Pegida and the developments relating to this anti-immigration and anti-Islam movement.

It all began in Dresden on 20 October 2014. Organised by a hitherto unknown movement calling itself "Pegida" (Patriotic Europeans Against the Islamisation of the West), a small group of people took to the streets to demonstrate against what they saw as the Islamisation of the West. The banner reads "non violent and united against religious wars on German soil! PEGIDA". Although small, the march attracted a lot of attention in Germany and around the world. 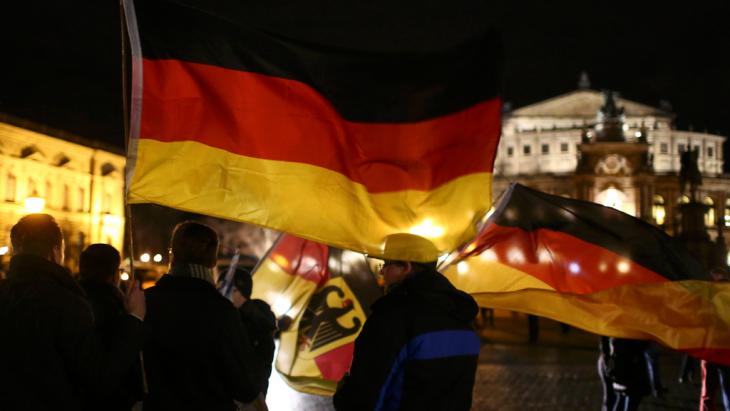 Pegida supporters began waving German flags and chanting "Wir sind das Volk" (We are the people) at their demonstrations in Dresden. Many across Germany were outraged by what they saw as Pegida's hijacking of this phrase and the German flag and also by the message being sent out by Pegida. 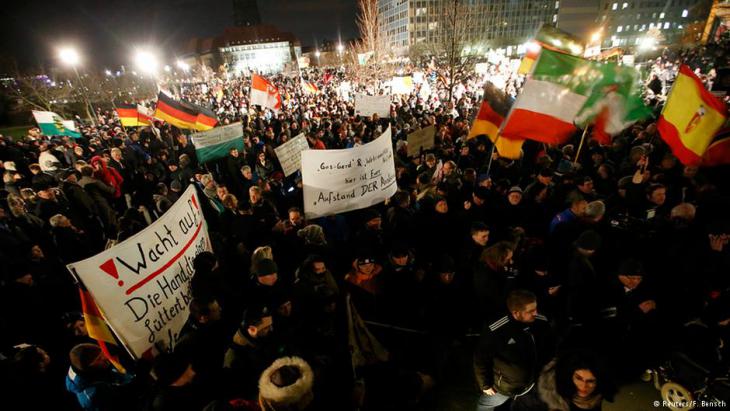 In the weeks that followed, the numbers attending Pegida's Monday demonstrations in Dresden grew rapidly. The movement also spread across the country, spawning much smaller offshoots in other cities around Germany. Examples include Legida (Leipzig), Fragida (Frankfurt) and Kögida (Cologne). 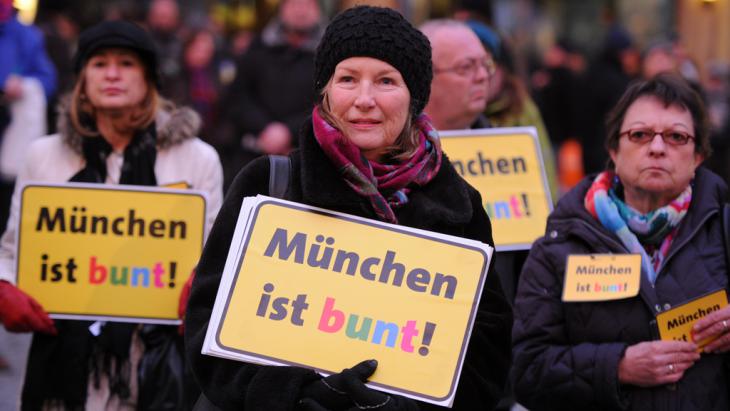 As the Pegida movement grew and spread and the media began reporting that right-wing extremists were joining Pegida marches, counter demonstrations began to take place around the country. Here, people in Munich join an anti-Pegida demonstration, holding up signs that read "Munich is colourful". 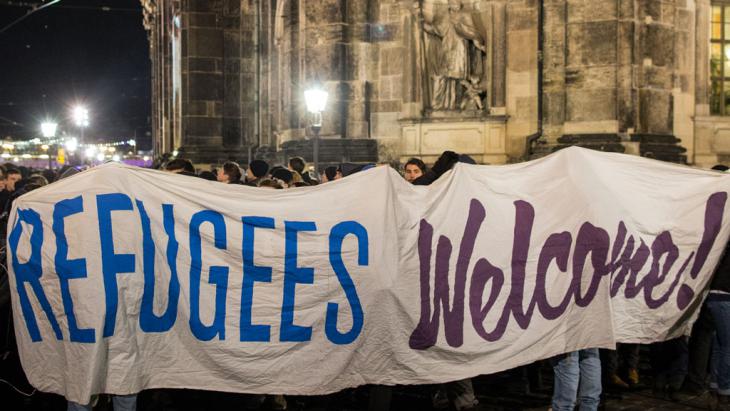 One of the cornerstones of Pegida's platform is its criticism of German and European migration and asylum policies. Many in Germany reject this stance, as illustrated here by a counter demonstration in Dresden on 15 December 2014. Speaking at a rally in Berlin on 13 January, German President Joachim Gauck said that Germany is what it is thanks to immigration, which, he said, had enriched Germany "religiously, culturally and mentally". 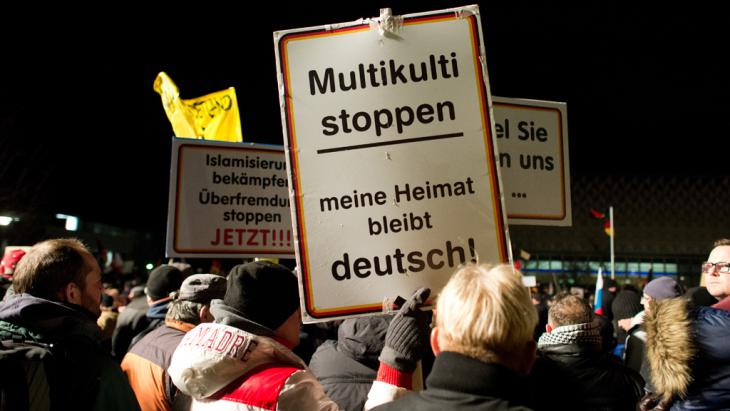 Signs such as the one pictured here ("Stop Multi-culti. My homeland will remain German", Dresden, 12 January 2015) are just one reason why many view Pegida as racist and hostile to foreigners. Kathrin Oertel, a senior member of Pegida, went on prime time German television on Sunday, 18 January to refute such claims, saying "we really are not a xenophobic organisation" and adding that Pegida wants to "shake things up" and to "highlight the shortcomings of our government in recent years". 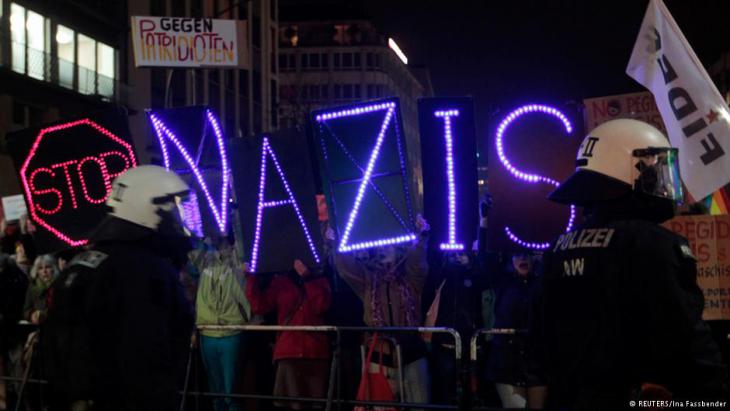 People at an anti-Pegida demonstration hold up signs that read "Against Patri-idiots" and "Stop Nazis". In her New Year address to the nation, Chancellor Angela Merkel adopted a very clear stance against the Pegida movement, saying "When the Pegida demonstrators chant, 'We are the people', they actually mean, 'You don't belong because of your religion or your skin colour.'" She urged German people not to follow Pegida. 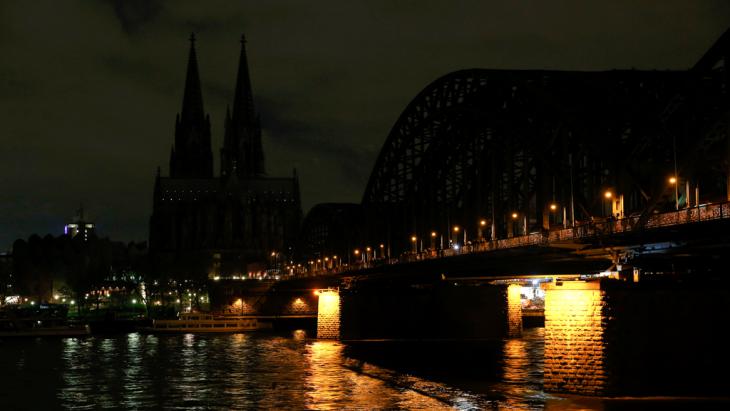 When the Cologne branch of Pegida (Kögida) organised a rally in the city on 5 January, they were greeted not only by a much larger counter demonstration, but also by darkness: the lights on Cologne Cathedral, the city hall and several churches were switched off as a mark of protest against racism and Islamophobia.

This map shows the turnout at the main Pegida and anti-Pegida demonstrations across Germany. It clearly shows that support for the anti-Islam movement is greatest in the cities of Dresden and Leipzig in the eastern German state of Saxony. Interestingly, only 4,000 Muslims live in Saxony, accounting for only 0.1 per cent of the population there. 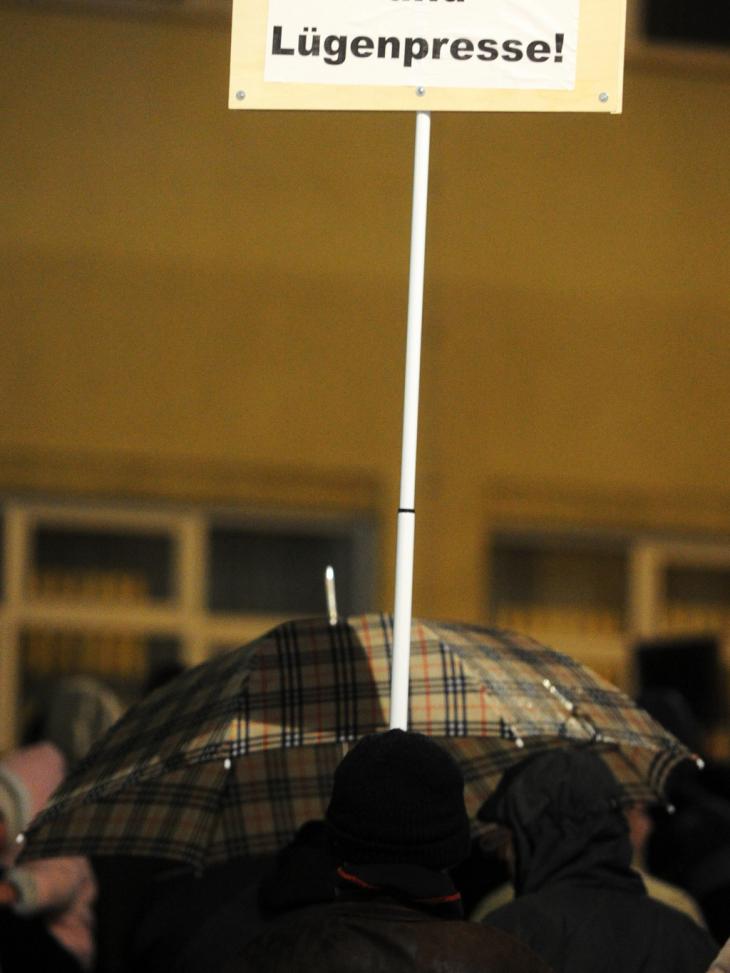 There has been widespread condemnation of the Pegida marches in the German media. Many of the movement's supporters have demonstrated their anger at what they see as the false portrayal of their opinions and motives by branding the media the "Lügenpresse" (lying press), as shown here at a demonstration in the city of Kassel. 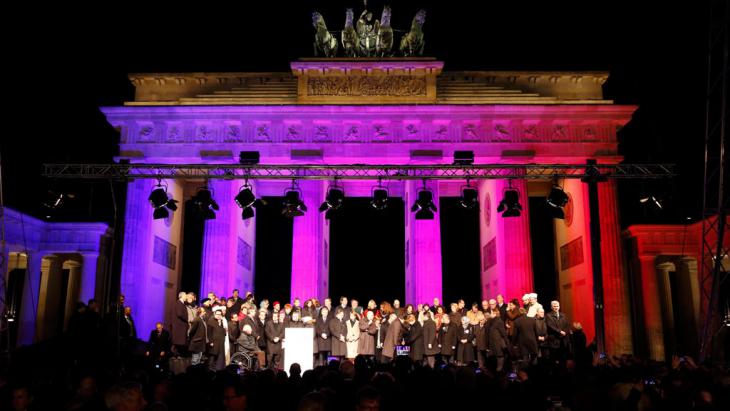 President Gauck, Chairman of the Central Council of Muslims in Germany Aiman Mazyek, Chancellor Merkel, Vice-Chancellor Gabriel and other political and religious leaders attend a Muslim community rally in front of the Brandenburg Gate in Berlin on 13 January 2015 to condemn the Paris attacks and promote tolerance. After the Paris attacks, Merkel said: "We will not allow ourselves to be divided by those who, in the face of Islamist terror, place Muslims in Germany under general suspicion." 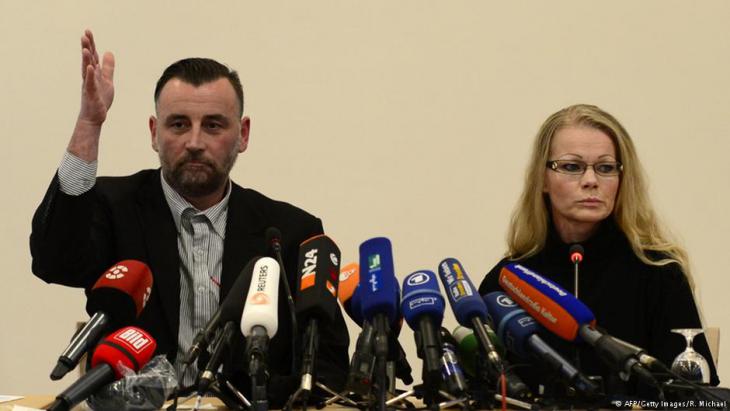 "We won't be muzzled": Lutz Bachmann and Kathrin Oertel of Pegida held a press conference in Dresden on Monday, 19 January after the police issued a blanket ban on all demonstrations in the city, citing a concrete threat against a Pegida member. Bachmann promised that Pegida would march again next Monday. Angela Merkel called the ban a "one-off", adding that "regardless of whether I like the contents", demonstrations must be permitted in Germany because it is a fundamental right. 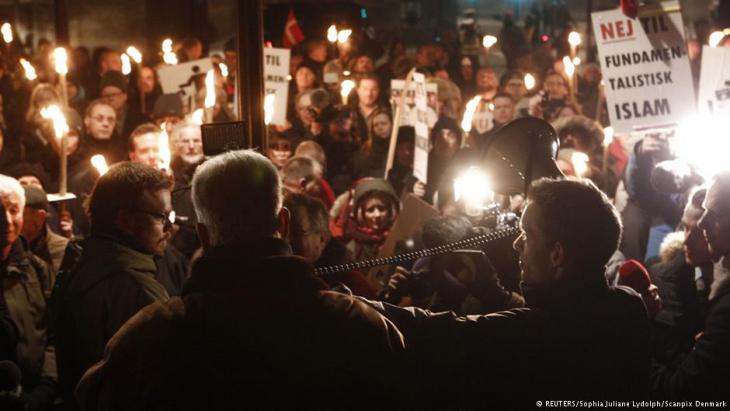 Has the anti-Islam movement started to spread throughout Europe? On Monday, 19 January, about 200 people gathered in Copenhagen to protest against Islamic fundamentalism. The group moved through the streets of the Danish capital waving Danish flags, holding up placards and carrying torches. The demonstration was organised by a group calling itself "Pegida DK". Small counter demonstrations took place at the same time.

END_OF_DOCUMENT_TOKEN_TO_BE_REPLACED
Social media
and networks
Subscribe to our
newsletter