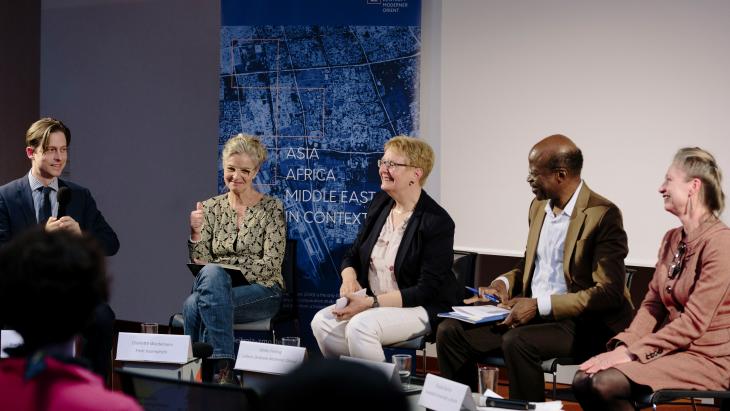 At a recent Berlin event, researchers talked about how to achieve a more nuanced discussion on Islam and Muslims. Were academics more proactive about presenting their empirical findings in the public arena, Rene Wildangel argues, they could play a major role in countering populist disinformation

At the beginning of April, four academics and a journalist took part in a panel discussion at the Leibniz-Zentrum Moderner Orient (ZMO) in Berlin on the relationship between research and public debates. Questions discussed included: how do ideas about Islam come about? Is there such a thing as "the Islamic world"? And how can we engage in a nuanced and critical debate on Muslims without generalisations and oversimplifications?

These questions are more relevant than ever. The topics of Islam and Muslims have never been more central to the – often polemical – political debates in Germany and Europe as they are today.

Not infrequently, these debates are dominated by prejudice and fear, triggered by the migration of some 800,000 people to Germany, most of them from war zones in Syria and Afghanistan. Right-wing populist movements and parties deliberately make this a focal point of their propaganda. Is there any room left for nuance?

The Leibniz-Zentrum Moderner Orient, founded in 1996 as a non-university research institute, offers a context for more differentiated discussion.

The centre has been located since 1998 in Berlinʹs quiet Nikolassee neighbourhood, becoming part of the Leibniz Association in 2017. Its name is a problem, for one thing: what is the Orient supposed to be, anyway? The term itself is subject to criticism, at least since Edward Saidʹs fundamental work on "Orientalism", in which stereotypical Western representations of the Orient are deconstructed. And what exactly is the modern age? Has it not long been over?

And here we already find ourselves right in the middle of how scholarship works. Research is self-critical by its very nature; the more progressive, interdisciplinary and interculturally oriented academics, in particular, have no patience with the blinkered modes of thought favoured by their predecessors.

Nor is the ZMO (which prefers to be called by its abbreviation to avoid dealing with the problematic terms) interested in Eurocentrism. Visiting scholars from all over the world complete residencies and carry out research there, working on innovative questions about Muslim-majority cultures that go beyond the traditional limits of humanities and social science disciplines. 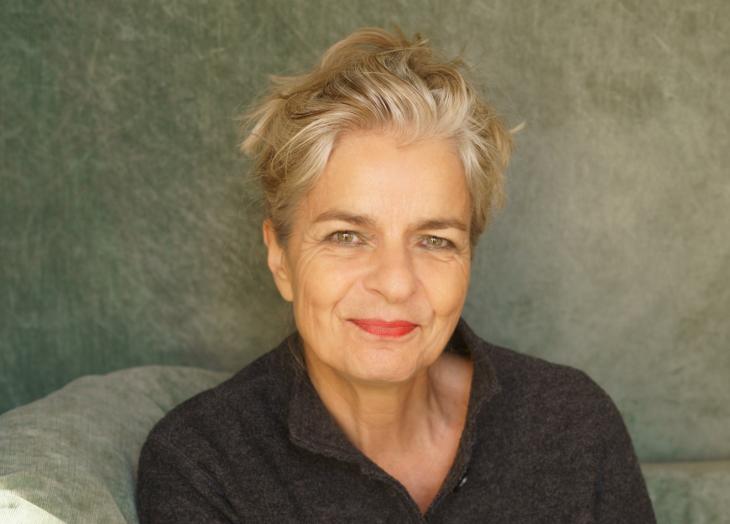 Academic researchers too often remain isolated, trying to find their own way in the fog of distinctions: the writer and journalist Charlotte Wiedemann wishes "the academic world would speak up more often." There are many topics that completely slip through the cracks in the public debate, with all the talk about the war in Syria and the fight against so-called Islamic State

The fog of distinctions

This wide-ranging research does not focus solely on the Middle East. Current projects are devoted to subjects such as "Sport and modernity in Ethiopia" (Katrin Bromber), "Religious practice among Muslim youths in Niger" (Abdoulaye Sounaye) and "Political thought at the University of Kabul" (Kyara Klausmann). The series of publications includes many historical topics that are still relevant to our present-day world.

In their paper "Support and horror – encounters with fascism and National Socialism in Egypt, 1922–1937", for instance, Israel Gershoni and Gotz Nordbruch demonstrate that a large part of the Egyptian public strongly opposed the authoritarian rule and persecution of Jews and other victimised groups in Italy and Germany. This is a surprising finding in view of todayʹs widespread assumption regarding the proliferation of anti-Semitic beliefs in the Arab world.

This is fundamental research at its best. Unilateral definitions are avoided: in particular, the broadest generalisation that there is a single "Islam". But even the use of the terms "Islamic", "Muslim" and "Muslims" harbours the danger of creating overly broad categories that obscure the perception of other aspects of the analysis.

Such attributions increase when we speak of "Muslim immigrants" or "Islamic terrorism". Who, the researchers note, would ever analyse European policy as being part of the "Christian world"?

Far too often, the term "Islamic world" is used to refer only to the Middle East. But Islam and Muslims are not bound to a particular place. Certainly not to the Arab world, where Islam originated but beyond which it had already spread geographically in its early days.

The need for nuance is so great that it is often hard to even respond to public debates that are painted in such broad strokes. Faced with populists who rely on disinformation and stereotypes, insisting on finer distinctions becomes all the more important. 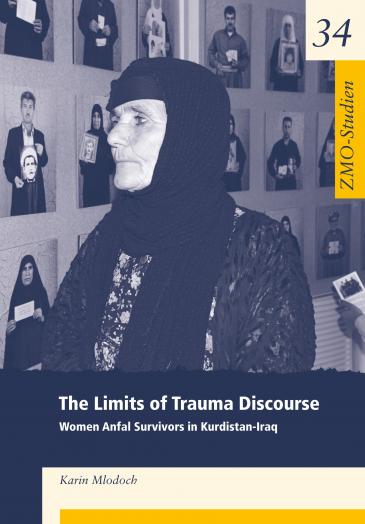 ZMO study on trauma in Iraqi Kurdistan: the brutal advance of the IS militias once again drew the attention of the world public to Iraq and highlighted the simmering age-old conflicts between different ethnic and denominational groups in the country. These conflicts not only stem from the recent policy of ethno-religious division following the U.S. invasion in 2003, but are also a result of the Baath dictatorship. Karin Mlodoch examined one facet of this dictatorship – the genocidal "Anfal operation" – and its psychological effects

Caught in the fog of distinctions of oneʹs own language, however, and with the constant feeling of not being able to do the complex subjects justice, the formulated goal – to speak about Islam in a nuanced manner and still intervene in the public debate – can end up falling by the wayside.

Academics are often denigrated as "Islam sympathisers" for their attempts at nuanced discussion. This clearly has negative connotations, but since when has "sympathise" been a negative faculty? By this the critics mean that the researchers show understanding for an Islam which they prefer to describe as a per se intolerant and violent political religion, or, rather, as a political ideology cloaked in religious trappings.

Blanket criticism of "Islam" not only gets you a lot of votes in Europe today, but also more money than ever before. Islamophobic books like Thilo Sarrazinʹs "Hostile Takeover: How Islam Hinders Progress and Threatens Society" or Hamed Abdel-Samadʹs "Islamic Fascism: An Analysis" are high on the German bestseller lists. Explanatory and nuanced academic publications about Islam have not yet been sighted there.

Supposedly, the media is to blame for the one-sided debate. Critics of Islam accuse the media of allegedly displaying a "false tolerance" of Islam, while Islam researchers fault the media for relying too often on stereotypical representations of Islam.

And yet there are plenty of attempts in journalism to report in a more differentiated and objective way, while, conversely, only a handful of academics are go on the record publicly. For their voices to be heard they would need to improve their media literacy and use social media, for example. But the ZMO, for all its public visibility with its projects, exhibitions and concerts, cannot be found on Twitter.

Current issues are certainly discussed at the ZMO, such as the recent local elections in Turkey or the upcoming presidential and parliamentary elections in Tunisia, for example.

But in the political and media arena, academics are rarely present. The journalist Charlotte Wiedemann remarked on this during the panel discussion: "I wish the academic world would speak up more often," she said. There are many topics that completely slip through the cracks in the public debate, with all the talk about the war in Syria and the fight against the so-called Islamic State. The political situation in Mali is just one example.

Although a German armed forces mission is on the ground in Mali, there is no significant public discussion in Germany as to how this military deployment is affecting peopleʹs lives and political affairs in the country.

Why canʹt researchers working on West Africa fill this gap? And Mali is only one example among many. Directly faced with this question, most scholars downplay their responsibility. They say they donʹt have the time, that publishing and career pressure in the highly competitive academic system is too extreme, and that there is a lack of experience with and expertise in the necessary media simplifications.

The fact is, however, that in todayʹs fast-paced media environment, journalists have the same difficulties reporting on nuanced, complex subject matter as academics who want to bring their research to bear on the public debate.

The panel discussion in Berlin revealed not only how enlightening and nuanced academic research can be, but also that there is a huge pent-up demand for scholarsʹ work to extend beyond the ivory tower.

Academic researchers too often remain isolated, trying to find their own way in the fog of distinctions, while "outside" populists claim most of the discourse. Itʹs high time the scholars took the floor!

Fariduddin Attar’s "The Conference of the Birds", one of the seminal works of Islamic mysticism, has recently been published in sumptuously illustrated German translation. It ... END_OF_DOCUMENT_TOKEN_TO_BE_REPLACED

Egyptian authorities have Mada Masr in their sights once again after critical reporting. But the editor of the country's last independent news source is adamant they will continue ... END_OF_DOCUMENT_TOKEN_TO_BE_REPLACED

Like Christianity, Europe's history is one of migration. Both have strong roots in the Orient and in cultures thousands of years old. Cultural historian Bernhard Braun invites us ... END_OF_DOCUMENT_TOKEN_TO_BE_REPLACED

Mohamed Abla is the first visual artist from Egypt to be awarded the Goethe-Institut’s Goethe Medal, Germany’s highest honour in the area of foreign cultural policy. Stefan ... END_OF_DOCUMENT_TOKEN_TO_BE_REPLACED

Bachtyar Ali sends the hero of his latest novel – "Mein Onkel den der Wind mitnahm" – literally flying. Jamshid is so thin after his years as a political prisoner that a gust of ... END_OF_DOCUMENT_TOKEN_TO_BE_REPLACED
Author:
René Wildangel
Date:
Mail:
Send via mail

END_OF_DOCUMENT_TOKEN_TO_BE_REPLACED
Social media
and networks
Subscribe to our
newsletter