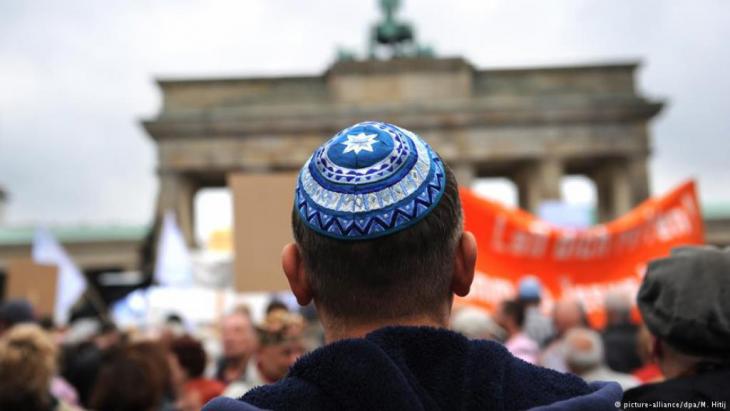 The political scientist David Ranan doubts that anti-Semitism is more pervasive among Muslims than non-Muslims. Currently, however, this thesis is being perverted and used to serve questionable political ends. By Sonja Zekri

A plush salon in muted tones in a Frankfurt luxury hotel. The streets around the main station are slick with rain, in the lobby guests gather for a Muslim wedding: men sporting undercut hairstyles, women wearing headscarves. The political scientist David Ranan enters. He signals a greeting and, then, still standing, utters words of barely suppressed rage: "Did you see how they misrepresented my book in the Bild Zeitung?"

Ranan's book, "Muslim Anti-Semitism" has just been published by Dietz Verlag in Germany and contains excerpts from interviews he conducted over three and a half years with more than 70 Muslims in Germany and England, most of them academics, about their attitudes towards Jews.

The book also contains much more, but the tabloid newspaper Bild, which has styled itself as a mouthpiece for many disgruntled Germans with its campaign on Muslim anti-Semitism, presented only the most bizarre quotes under its headline "What Muslims in Germany think of Jews": about boycotts of Aldi and Coca-Cola because they presumably belong to Jews, about Israel's influence on the German media, about the Israeli organ trade in Palestinian body parts.

Not one to mince his words

It must be noted that Ranan – whose mother fled the Nazis in 1933 – and who was born in 1946 in Tel Aviv and is today a fellow at the Berlin Centre for Research on Anti-Semitism, was himself taken aback by the tendency of many of his interview partners to fall for conspiracy theories. 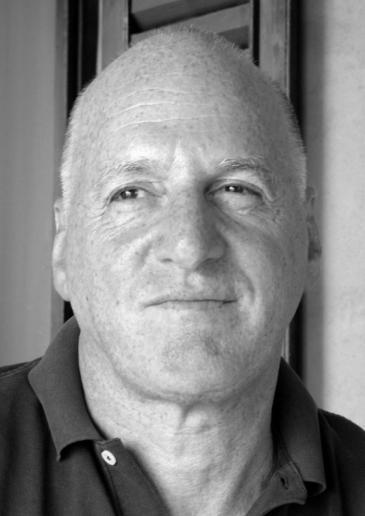 Self-exculpation that feeds into Islamophobia: for David Ranan, the "perfidy" of the German debate is the way that "Germans are glad when someone shows them that Muslims are more anti-Semitic than they are," which is "a funny way of trying to prove their own innocence"

But the tenor of the reporting in Bild is diametrically opposed to the thrust of his research. His book is namely not a representative survey of "the" Muslims in Germany, but rather an attempt to understand the diversity of existing opinions, emotions and perhaps even rationalisations.

"When I began my research, the assertion that there is much more anti-Semitism among Muslims than non-Muslims already seemed odd to me and in need of explanation." He therefore limited the interviews mostly to university-educated Muslims who had either been living in the West for a long time or were born here.

He conducted open, trusting conversations, a fact that makes the report in Bild all the more devastating: "Many of the people I interviewed are now saying: the son of a bitch came and pretended to be our friend, only to pull a knife on us in the end."

It is surely clear by now that Ranan, who has already written a book about Israeli soldiers, is not one to mince words and is capable of expressing great indignation. But these are polemics in the service of reason.

He finds it appalling that a Jewish girl in Berlin was taunted and threatened, but does this really indicate a wave of Islamic anti-Semitism? "The majority of Jews have no problem walking down the street; they are not recognised as Jews," says Ranan, pointing out that he himself does not experience any hostility on German streets, but suspects that "every headscarf-wearing Muslima" is looked at askance: "So do we need a federal commissioner against anti-Semitism, or perhaps one against xenophobia in general?"

Required visits to memorials for Muslim schoolchildren? At best a "shock treatment", he says, but hardly one that is likely to have a lasting effect.

Instead, Ranan would like to see teachers educating their pupils about bullying, bullying at school and in society, about the origins of exclusion, about the "minor nastinesses", as he calls them, that made life in Frankfurt for his well-educated, upper-class grandparents with servants and season tickets to the opera so unbearable in the early 1930s that they fled to Palestine before anyone could even imagine such a thing as the Holocaust.

His father left Berlin for Palestine with his parents. Ranan remembers a photo of the then 24-year-old on the beach in Tel Aviv, with the Arab city of Jaffa and a camel visible in the distance: "My father wore a suit and tie. He always wanted to be a European. He missed Berlin terribly."

Palestine, the maltreated holy land, is for Ranan's interlocutors ground zero and the seat of pain for all reflection about the Jews. They only sporadically mention the Koran, which, like the Bible, contains some anti-Jewish passages. Their views are instead mostly based on conditions in the Middle East. But those conditions – and this is something on which Ranan insists – are something completely different than the centuries-long European tradition of hostility towards Jews, whether religiously, economically, or racially motivated, which began with hatred for the people that nailed Christ to the cross and reached its climax with the Holocaust.

Until the rise of Zionism and Jewish immigration, Jews were just another minority among many in the Arab world, an insignificant and hardly very threatening group. Certainly, the triumph of fascism in Europe fascinated many in the Arab world, inspiring movements such as the Baath Party. Intellectuals such as the Egyptian Salama Musa even pursued eugenics concepts and proposed the superiority of a "Pharaonic race".

For most Arab movements, however – and that includes the Muslim Brotherhood – in spite of a programmatic hatred of Jews, the idea of a superior race contradicted the universal claim of Islam that all Muslims are equal.

The Berlin-based Leibniz-Zentrum Moderner Orient (ZMO) has published a number of writings that demonstrate with these and other examples how misleading, and indeed malicious, it is to try to give the impression of a genuine "Arab affinity" for Nazi ideology (Peter Wien, Rene Wildangel in "Blind fur die Geschichte?" [Blind to History?]).

A leading Egyptian newspaper, Al-Hilal, described in the early 1930s the suffering of the European Jews and admitted that after centuries of oppression they deserved a special place among the "historically persecuted peoples".

Her grandparents are Jews – born in Tunisia and Algeria. Director Cleo Cohen has now broken the silence about this with a very personal debut. By Nadine Wojcik END_OF_DOCUMENT_TOKEN_TO_BE_REPLACED

Life imprisonment for crimes against humanity: that was the sentence handed down to Anwar Raslan in the world's first trial of a member of the Syrian torture system. Matthias von ... END_OF_DOCUMENT_TOKEN_TO_BE_REPLACED

Every year in December, the team at Qantara.de takes a look back at the articles that proved most popular with our readers. This year is no different. Here is a run-down of the ... END_OF_DOCUMENT_TOKEN_TO_BE_REPLACED

With his new album, "A Voice Keeps Calling Me", the Persian santur player Kioomars Musayyebi is building bridges from Iran across the Arab world to European early music. By Stefan ... END_OF_DOCUMENT_TOKEN_TO_BE_REPLACED

Former lawyer Said Haider has invented a chatbot for those seeking advice on anti-discrimination issues – Meta is the first chatbot of its kind in the world. In conversation with ... END_OF_DOCUMENT_TOKEN_TO_BE_REPLACED

Benjamin Idriz, imam of the mosque in Penzberg near Munich, is one of the most prominent representatives of Islam in Germany. He sees his role as building bridges to mainstream ... END_OF_DOCUMENT_TOKEN_TO_BE_REPLACED

Please kindly provide an e-mail address where I can send my ME - Peace plan to.
Thank you and best regards.
OHA

Aldi is "NOT OWNED BY JEWS"

END_OF_DOCUMENT_TOKEN_TO_BE_REPLACED
Social media
and networks
Subscribe to our
newsletter