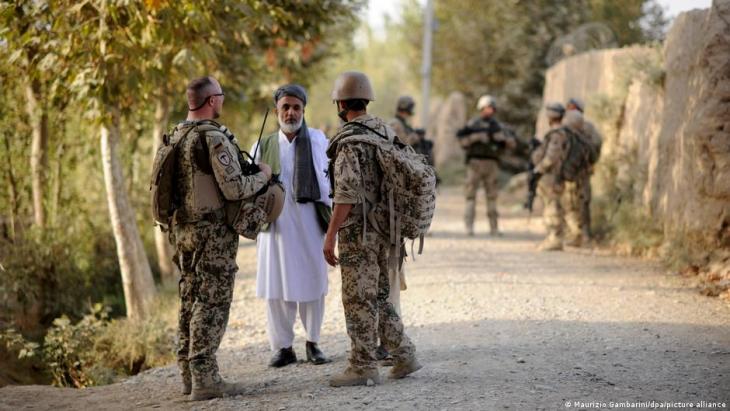 Germany and its Afghan interpreters
"Why are you leaving me behind?"

I regret very much that I worked for the Bundeswehr. If the Taliban knock on my door, I hope they shoot me right away. Guest article by Ahmad Jawid Sultani

On Tuesday, just before midnight, I stood in the tower of Mazar-i-Sharif airport. From up there, I watched as the last Bundeswehr soldiers boarded planes to leave Afghanistan forever. I was extremely sad at that moment. One thought kept running through my mind as I saw the tail lights of the Bundeswehr plane, "Hey friends, why are you leaving me behind?"

My name is Ahmad Jawid Sultani, I was born in Mazar-i-Sharif and I am 31 years old. I worked for the German Armed Forces as a interpreter from 2009 to 2018, and now I fear for my life. The Taliban are at the gates of Mazar-i-Sharif. The access roads are blocked, there is fighting everywhere. The last way out of the city is via the airport, which is the way the Germans went.

In 2009, I had just got a certificate in an English language course, and I wanted to do my part to contribute to peace and stability in my country. I was eager to work with the German troops. Although my family was absolutely against it, I applied to them at Camp Marmal.

The application process took three months, then when I got the call from the Germans, they told me, "We will go anywhere together, what happens to us will happen to you. We will be fighting terrorism together, we'll go anywhere the insurgents might be, and you'll be right up front." That scared me at first. I asked for 24 hours to think it over and then agreed because I trusted the Germans – and my father also told me that we Afghans have good relations with Germany, that the Germans are old friends of our country. 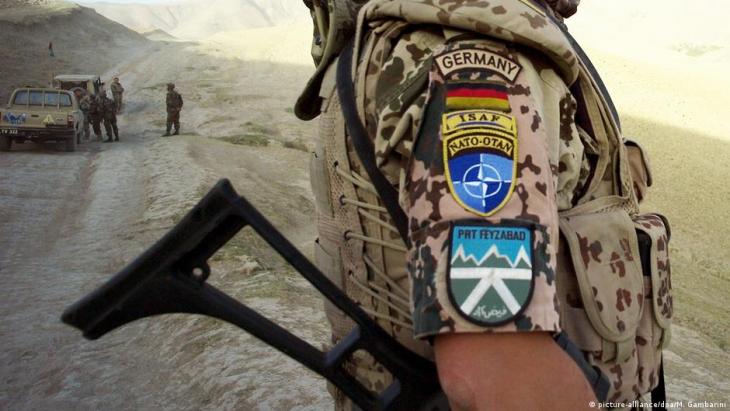 Interpreters, supporters, cultural advisors – for almost ten years: "During this time, I also experienced many critical situations. Once we got stuck crossing a river in Baghlan province because there was a problem with one of the Dingo vehicles. We had to hold out for two days – we were scared because the terrain had been mined by the insurgents. I was also involved in frontline foot patrols, where fear was our constant companion," writes Sultani

Don't put me on show

Today I deeply regret having worked for the Bundeswehr. In the eyes of the Taliban I worked with the enemy. There are also rumours in my neighbourhood that I might have been a spy or that I ate pork with the Germans, that I am not a good Muslim. My neighbours are now saying to me, "Don't you know that the Taliban are outside the city? You will be their first target; in their eyes you are a traitor." Sometimes I think that once the Taliban enter the city, they will come to our houses and knock on the doors of us interpreters. If that happens, I hope they shoot me right away. It would be terrible if they tortured me and put me on show to teach others a lesson.

Since seizing power in mid-2021, the Taliban have continued to restrict the rights of Afghan women and girls. At the end of 2022, they banned women from attending higher education ... END_OF_DOCUMENT_TOKEN_TO_BE_REPLACED

Since returning to power in Afghanistan, the Taliban have steadily eroded the rights and opportunities of women and girls, particularly their access to education. But Afghans are ... END_OF_DOCUMENT_TOKEN_TO_BE_REPLACED

German imams have publicly expressed their solidarity with the women of Afghanistan. In a letter of protest, the clerics say that the Taliban regime's decree barring women from ... END_OF_DOCUMENT_TOKEN_TO_BE_REPLACED

At the end of every year, the team at Qantara.de gives you a run-down of the ten most-read articles on the site over the past 12 months. Here is a quick overview of the stories ... END_OF_DOCUMENT_TOKEN_TO_BE_REPLACED

The "Weiter Schreiben" (Keep Writing) project promotes literature from war-torn and crisis-stricken regions and has, most recently, shone its spotlight on Afghanistan. Afghan ... END_OF_DOCUMENT_TOKEN_TO_BE_REPLACED

The Islamic Republic has been unable to quell the civil unrest that erupted three months ago, after Mahsa Amini died after being detained for violating hijab rules. Now the ... END_OF_DOCUMENT_TOKEN_TO_BE_REPLACED
Author:
Ahmad Jawid Sultani
Date:
Mail:
Send via mail

END_OF_DOCUMENT_TOKEN_TO_BE_REPLACED
Social media
and networks
Subscribe to our
newsletter