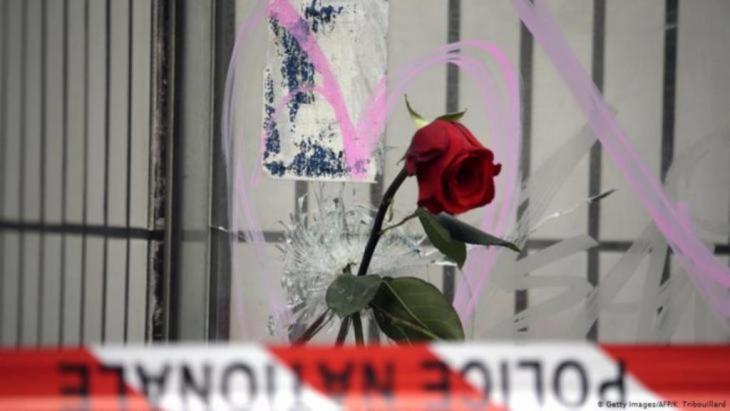 Several media reports in recent weeks have focused on the potential threat presented by Islamist groups in Germany. The discourse is fraught with generalisations, both sides accusing the other of their inability to differentiate, writes Tayfun Guttstadt

The latest round of this ongoing debate was triggered by the assertion that "legalist Islamists" have already elbowed their way into many key positions and are working tirelessly to infiltrate state and society.

Alarm bells were sounded – for example in a commentary by Monireh Kazemi in the Neuer Zurcher Zeitung postulating that the situation in Germany, one of the wealthiest and most politically stable nations in global history, "is a dangerous reminder of the situation in Iran shortly before and during the Islamic Revolution of 1979", or in other words the situation in a nation where most of the population are Muslim, enduring a hopeless chain of domestic and foreign policy crises.

Many other individuals from a wide range of backgrounds applauded this dramatic take and spun it out even further with the reproach: "left-wingers" in Germany had so far remained silent over the problem of Islamism, or even helped it on its way – due to unawareness, ignorance and/or ill-placed considerateness. It was time, they agreed, to tackle the problem together and with all available powers, otherwise we might wake up tomorrow in a mullah republic.

These and other claims of a similar nature opposed the view that comments raising the spectre of "legalist Islamists" are not just excessive and imprudent, but part of a campaign clearly designed to distract from the actual problem – white racism – and stigmatise Muslims.

Those on this side of the debate say that in truth, the danger emanating from Islamism barely exists, that it only arises as a result of anti-Muslim racism or is at any rate exaggerated. And contrary to the claim that the left wing remains silent over Islamism, the entire white-German majority society is permeated from left to right by racism and the colonial mindset, mainly expressed as panicked Islamophobia and general suspicion, they say.

The entire debate is intermeshed with the commotion over the phrase "political Islam", not least placed on the terminology map by the foundation of an "Observatory on Political Islam" by the Austrian government. 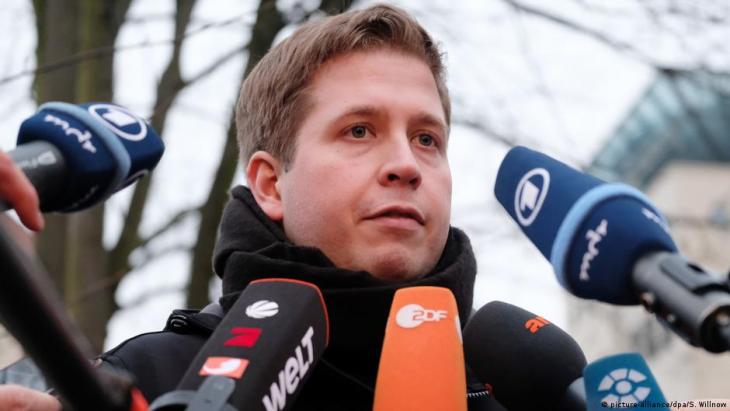 For more nuanced criticism of Islamism: in the wake of the Islamist-motivated attacks in France, a debate on how to deal with the dangers of radical Islamism has also flared up in Germany. Former Young Socialist leader and deputy federal leader of the SPD, Kevin Kuhnert, claims that 'the left' is silent on Islamist attacks and is thus making itself vulnerable. Tayfun Guttstadat counters that "a homogenous 'left', to which one could attest general failure in the fight against radical tendences among Muslims, is as much of a fiction as the 'Islam' or the 'Muslims' who would allegedly take up positions themselves against this or that"

The first thing to do here is to conduct a reality check on these standpoints emanating from homogeneous groups and apparently clear-cut contexts. A homogeneous "left", to which one could attest general failure in the fight against radical tendences among Muslims, is as much of a fiction as the "Islam" or the "Muslims" who would allegedly take up positions themselves against this or that.

Moreover, the potentially useful terms "political Islam" and "Islamism" are often recklessly deployed. As has been noted in many commentaries: in a secular democracy, it should of course be possible to conduct democratic politics inspired by religion without coming under suspicion.

That Islamism – in the sense of a political ideology that aims to subjugate the whole of society to an extremely strict interpretation of Islam – exerts a highly influential power in predominantly Islamic countries for the most part, cannot be seriously disputed. From the Islamic Revolution in Iran to the power of the Taliban, or the rise of Muslim-conservative mainstream parties in numerous countries to the jihadist fighters of both genders acting within global networks: actors who take Islam – admittedly in a variety of interpretations – as the basis of their conduct and ideas have to a large extent taken control of the political, social and ideological sphere over the last four decades. From the early 20th century through to the 1960s or thereabouts, the picture still looked different, the dominant ideologies being nationalism and socialism.

It should of course be noted in the light of such a broad appraisal that these groups can by no means be lumped together – potentially more divides, than unites them.

While the term "Islamism" has taken root as the term to describe uncompromising movements ready to use violence, the term "political Islam" is far more complex, despite its suggestion of exactitude. Even when, as some correctly note, the term was defined and used in many serious-minded academic studies of recent decades, the problem persists because most people will neither read nor adopt these definitions. In a society where anti-Muslim racism represents a grave danger and frequently claims victims, this problem cannot be simply passed over.

Since returning to power in Afghanistan, the Taliban have steadily eroded the rights and opportunities of women and girls, particularly their access to education. But Afghans are ... END_OF_DOCUMENT_TOKEN_TO_BE_REPLACED

The book "The Invention of the Maghreb: between Africa and the Middle East" prompts us to review basic terminology. This includes terms that we use almost every day as if they are ... END_OF_DOCUMENT_TOKEN_TO_BE_REPLACED

Tunisia has been going through a severe economic and political crisis in recent years. More than one in three young people there are unemployed. For many skilled, qualified and ... END_OF_DOCUMENT_TOKEN_TO_BE_REPLACED

At the end of every year, the team at Qantara.de gives you a run-down of the ten most-read articles on the site over the past 12 months. Here is a quick overview of the stories ... END_OF_DOCUMENT_TOKEN_TO_BE_REPLACED

The government in the Netherlands, one of the last European nations to abolish slavery, has made an historic apology. But some feel that there is still a long way to go. By Ella ... END_OF_DOCUMENT_TOKEN_TO_BE_REPLACED
Author:
Tayfun Guttstadt
Date:
Mail:
Send via mail

END_OF_DOCUMENT_TOKEN_TO_BE_REPLACED
Social media
and networks
Subscribe to our
newsletter