Moreover, experts do not agree when political activity should be classified as "political Islam" – that the nationalist-Islamist Turkish movement Milli Gorus is ascribed to "political Islam" is undisputable. But what about all the people from Turkish families in Germany linked to the Milli Gorus network for social reasons and who simply attend the organisation’s centres out of habit?

What about the countless non-profit organisations run by Muslim citizens, associations that make a valuable contribution to civil society and also frequently conduct important interfaith dialogue, but that sometimes overlap with organisations that are seen as actors of "political Islam"?

Germany’s Muslims, especially young Muslims born in the country, should not be shunned, but made aware of problematic positions within their own communities. This is already happening in many places without the need for external influence, because young Muslims are educated and active participants in society. This sensitises them to issues such as homo- and transphobia or anti-Semitism, or they recognise parallels with their own experience of racism.

There is no question that nationalistic, highly conservative and also Islamist views are gaining currency among youngsters with Turkish and Arab backgrounds in Germany, in some cases to a worrying extent. I work in Berlin schools myself and I know that in some of these, most of the students believe that homosexuality is haram and that gays are therefore despicable; and that moreover, in some neighbourhoods the private lives of these young people are policed by a robust patriarchal order grounded in Islam. It is also no secret that the primary target of misanthropic statements and deeds by young people from strict Muslim backgrounds are Jews and Alevis, who are often left to deal with the abuse alone. Many of the teachers who are not from a migrant background themselves are simply not equipped to deal with these problems.

It is also unfortunately true that some of those who should address these grievances do not take them on, whether out of a lack of interest, ignorance or political calculation. Because Muslims in Germany – whether viewed as Muslim scholars, average followers of the faith, or supporters of more extreme positions (based solely on their appearance) – represent a stigmatised minority, the caution of some political actors is to a certain extent understandable and appropriate. 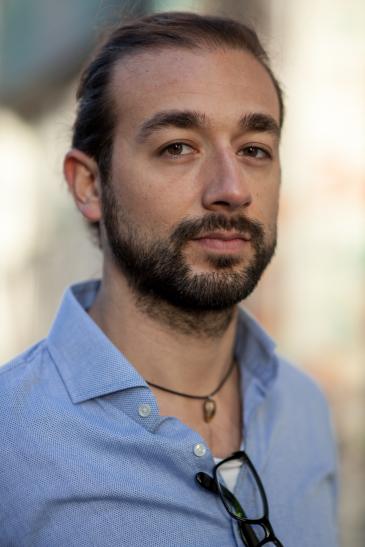 What Islamists and right-wing extremists have in common: "undemocratic and fascistic tendencies within Muslim communities must be fought with the same vigour as those within Germany’s majority society. And there is one key point to mention here: whipping up the dangers presented by political Islam in Germany into a force that is on the brink of capturing the republic, is barking up the wrong tree. Berlin 2021 is not Tehran 1979, Tayfun Guttstadt makes clear

In short: yes, there are also actors and organisations in Germany that should be taken seriously and that – regardless of all the differences between them – fall under the political Islam umbrella because they disseminate undemocratic, sometimes barbaric ideas. These ideas find considerable resonance within Germany’s Muslim communities in particular.

In some milieus and/or areas this mix represents a very real danger for non-Muslims (primarily Yazidis, Jews, Alevis and Armenians) ex-Muslims, outspoken women, critics of particular structures or ideologies and non-heterosexuals. To somehow belittle this danger or the fear of those affected by it, to gloss over the frequently brutal consequences and to not provide unconditional support to the victims, is absolutely unacceptable.

The undemocratic and fascistic tendencies within Muslim communities must be fought with the same vigour as those within Germany’s majority society. And there is one key point to mention here: whipping up the dangers presented by political Islam in Germany into a force that is on the brink of capturing the republic, is barking up the wrong tree. Berlin 2021 is not Tehran 1979.

To behave as though we must now take all conceivable action, otherwise we might wake up tomorrow in an "Islamic republic" is not only absurd, it also distorts perception of the true dangers currently facing Germany.

Right-wing radical Germans are not only members of by far the largest potentially violent anti-democratic group in this country, they also enjoy partly open, partly hidden sympathies that run deep into the heart of society.

They are also well organised, with access to important power centres that have been consolidated over the decades and proven efforts to establish parallel structures within the army, intelligence service and police – often with success. Weapons cache discoveries, chat groups, murder attacks – the regularity and severity of last year’s events alone show the extent of the danger. The media display an astonishing reticence over the issue – compared with the headlines on Islam-related stories.

There is a very clear imbalance here, which also concerns the political sphere. To behave as though a few radical preachers in Berlin Neukölln present a larger threat to the republic than the brown-hued German brew of paramilitary sport groups, brotherhoods, neo-Nazis and their supporting networks in and outside parliament, this also has a counter-productive effect in the long-term on efforts to combat undemocratic forces within the Muslim spectrum.

The atmosphere of general suspicion and the persistent stigmatisation of Muslims not only hampers the crucial separation of democratic and undemocratic forces within Muslim communities, it also fuels a sense of frustration and disappointment even among those who are only deemed to be Muslim because of the way they look.

It is time politics and the media sent a signal that the dangers posed by Islamist activities can be recognised and thwarted without resorting to immoderation and populism. To behave as though criticism of Muslims and Muslim institutions is lacking in Germany in the year 2021, or as though the republic could introduce a headscarf ban tomorrow, is certainly not helpful.

Tayfun Guttstadt, born in Hamburg in 1987, is a cultural scholar, author and musician. He has been living in Berlin since 2016 in Berlin. His areas of interest span identity processes, nationalism and the music of the Middle East.

Criticism of Islam versus Islamophobia in Europa: AfD's religious criticism is simply Muslim-bashing in disguise

Anti-Muslim racism: Merkel and "the danger of self-Islamisation"

The foreign policy direction favoured by Washington's new incumbent is putting a strain on relations with Turkey. The two nations look set to clash over a whole host of issues, ... END_OF_DOCUMENT_TOKEN_TO_BE_REPLACED

How can we truly appreciate the richness of cultures not our own? In her recent book "What is Islamic art? Between religion and perception", art historian Wendy Shaw explains the ... END_OF_DOCUMENT_TOKEN_TO_BE_REPLACED

In his controversial book published in 2020, French author Pascal Bruckner describes anti-Muslim sentiment as a fiction, claiming that the term "Islamophobia" is being used to ... END_OF_DOCUMENT_TOKEN_TO_BE_REPLACED

The child of Iraqi refugees, Saman Haddad arrived in Germany twenty-five years ago at the age of thirteen. Now a well-known cultural figure in Bonn, Haddad doesn't wait for others ... END_OF_DOCUMENT_TOKEN_TO_BE_REPLACED

The Islamic Republic of Iran has been subject to sanctions ever since its creation in 1979. The more the regime has entrenched itself and expanded its power in the region, the ... END_OF_DOCUMENT_TOKEN_TO_BE_REPLACED

Turkey is largely isolated in the Middle East. Partners are few and far between. Its closest ally, Qatar, has just made peace with its neighbours. Together with the change of ... END_OF_DOCUMENT_TOKEN_TO_BE_REPLACED
Author:
Tayfun Guttstadt
Date:
Mail:
Send via mail

END_OF_DOCUMENT_TOKEN_TO_BE_REPLACED
Social media
and networks
Subscribe to our
newsletter