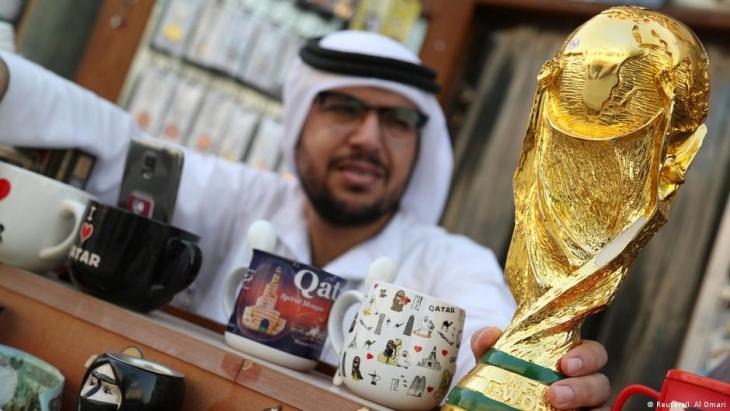 Germany and the Gulf
Balancing ethics and economics

Germany needs a strategy when brokering deals with countries like Qatar, Saudi Arabia or the United Arab Emirates that allows it to maintain its own moral compass. By Sebastian Sons

It was a visit that packed both symbolic weight and potentially explosive repercussions. When German Chancellor Olaf Scholz arrived in the Saudi port city of Jeddah and shook hands with the powerful Crown Prince Muhammad bin Salman (MbS) as a prelude to several hours of discussions on regional security, energy issues and the economy, the meeting marked a paradigm shift in German policy toward Saudi Arabia.

In the wake of the murder of Saudi journalist Jamal Khashoggi in October 2018, the Saudi military intervention in Yemen, and the execution of death sentences against opposition figures and alleged "terrorists", German politicians and the public now view the kingdom with scepticism. It was for these and other reasons that a great deal of criticism was voiced with regard to Scholz's visit to MbS. Recent months have seen Germany's Minister for the Economy Robert Habeck travel to Qatar and the UAE to negotiate the supply of liquified natural gas and other fuels to Germany, before the emir then came to see Scholz in Berlin.

Having met with MbS, the German chancellor also paid visits to the country hosting the upcoming FIFA World Cup as well as to the UAE, primarily to lobby for a deepening of energy partnerships. 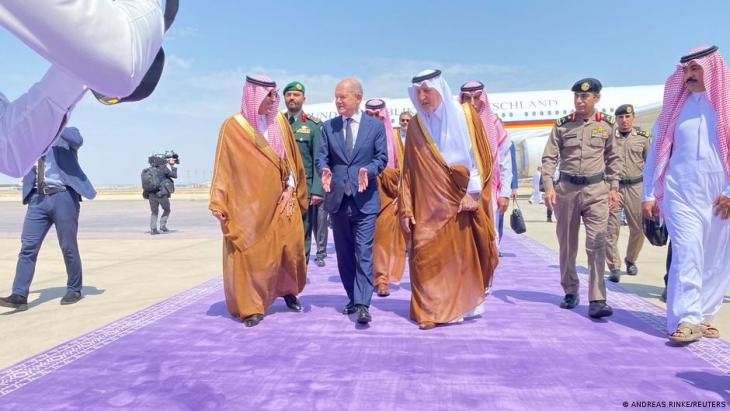 Germany’s dilemma: owing to Russia’s war of aggression in Ukraine, Germany is under pressure to develop new partnerships with key global energy suppliers. This has brought the autocratic monarchies on the Gulf, which in past years have played only a minor role in policymaking, to the forefront of German consciousness. Germany needs the Gulf monarchies as economic and security partners. On the other, their autocratic systems are at odds with Western democratic principles

These examples demonstrate impressively that "changing times" in Germany are leading to an altered attitude towards the Gulf region, prompted primarily by the Russian war of aggression in Ukraine and the ensuing energy crisis. The country's renewed interest in the Gulf states is motivated by pressure to develop new partnerships with key global energy suppliers. This has brought the autocratic monarchies on the Gulf, which in past years have played only a minor role in policymaking, to the forefront of German consciousness.

Europe and Germany face a dilemma: on the one hand, the Gulf monarchies are important partners in terms of economics and security. On the other, their autocratic systems are irreconcilable with Western democratic principles. The more democracies cooperate with such regimes, therefore, the more they subject themselves to public criticism.

The handling of the controversial FIFA World Cup is a prime example of this meandering attitude towards the Gulf states. While violations of human and labour rights in Qatar have been subject to massive censure by politicians, the media and civil society, German companies have signed lucrative contracts with the Qatari rulers to build World Cup-related infrastructure.

It came to light in October 2022, for example, that Qatar's investment fund had become the most important shareholder in energy giant RWE. Qatar furthermore holds shares in Volkswagen and Deutsche Bank, while Qatar Airways is a controversial sponsor of FC Bayern Munchen.

The World Cup debate demonstrates how Germany is trapped between a moralising, values-based stance and the compulsion to engage in realpolitik and cooperate with controversial partners – whether we like it or not. A coherent strategy for dealing with the Gulf states must therefore be based on explicitly formulated interests in which respect for human rights is the top priority. And that calls for a unified approach. 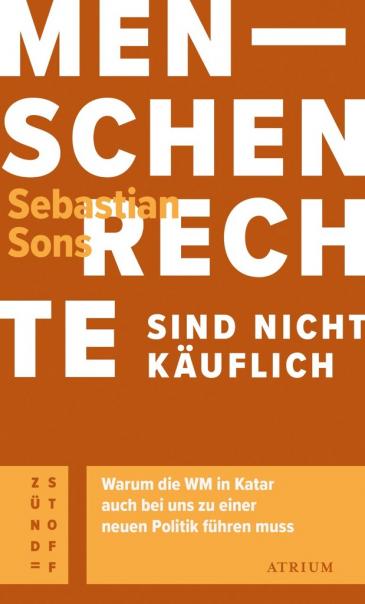 Western hypocrisy? “On the one hand violations of human and labour rights in Qatar have come under massive censure by politicians, the media and civil society,” writes Sebastian Sons. “On the other, German companies have signed lucrative contracts with the Qatari rulers to build World Cup-related infrastructure"

At present, the German government increasingly seems to be side-lining moral compunctions in its search for new energy suppliers. For one thing, Germany appears willing once again, in association with other European partners, to supply arms to countries such as Saudi Arabia and the UAE.

Deliveries of equipment and arms for Eurofighter and Tornado combat aircraft have recently been approved to the tune of EUR 36 million – a controversial decision. After all, the German coalition agreement states: "We will not issue export licences for military equipment to states as long as they are demonstrably involved directly in the Yemen war". Saudi Arabia is a driving force behind the military intervention in Yemen, which is what led to the suspension of German arms exports to the kingdom in 2018.

The Gulf states must be involved

These recent actions have been driven above all by the affairs of the day, which undoubtedly cannot be ignored either.

Nevertheless, such a course risks devolving into a kind of actionism, rendering demands for universal human rights increasingly irrelevant in the face of the current emergency.

Rather than lapsing from one extreme – the dominance of the human rights discourse – to the other – an emphasis on interest-driven pragmatism – Germany should strive for a balanced and carefully considered policy toward the Gulf states. The interests to be pursued with each partner should be clearly defined, including which instruments are to be used and where red lines exist.

Europe – and hence Germany – not only wishes to, but must cooperate with the Arab Gulf states in the areas of energy, research and development, investment and trade, health, tourism, maritime security, development policy and education, as outlined in a new EU strategy for relations with the Gulf states drafted in May 2022.

For Germany, there are three fields in particular in which closer cooperation with the Gulf monarchies would be possible without betraying its own fundamental ethical principles: migration policy, development cooperation and climate policy.

Migration policy: Even if the public no longer takes quite such a critical view of Qatar after the World Cup, politicians must continue to engage in the debate about the exploitation of migrant workers.

Migration is a transnational phenomenon, a problem that exists not only in destination countries such as Qatar, but already begins in migrants' home countries. Migrants and their families must therefore be better protected from exploitation even before they leave home. This is an area where the Gulf states, together with countries such as Germany, could become more involved in order to meet their responsibilities.

Development cooperation with the Gulf States

Whereas the focus in the past was primarily on financial aid, the majority of Gulf states are now increasingly investing in education and training programmes. 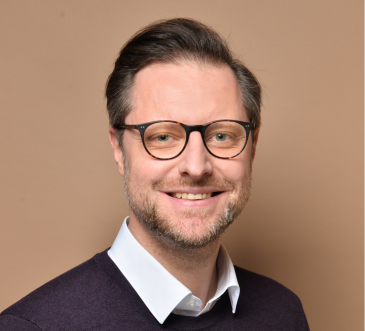 Sebastian Sons conducts research on the Arab Gulf monarchies for the research institute CARPO in Bonn. His book "Auf Sand gebaut. Saudi-Arabien – Ein problematischer Verbundeter“ was published in 2016, followed in September 2022 by "Menschenrechte sind nicht kauflich". Since 2009, Sebastian Sons has made frequent trips to Saudi Arabia and the other Gulf states

Against this backdrop, development policy offers a prime opportunity to cooperate more closely with these countries. There are risks, however, as the Gulf states have no interest in using their development policies to strengthen democracy efforts or civil society in Africa or Asia. The risks must therefore be thoroughly assessed before joint projects are implemented.

Climate policy and energy partnerships: Chancellor Scholz's visits to Saudi Arabia, Qatar and the UAE show that Germany has a substantial interest in cooperating with the Gulf states in the energy sector. By the end of the century, the Gulf region may well become unsuitable for human habitation due to rapid climate change.

If the rulers in the Gulf fail to reduce their energy consumption and bid a final farewell to fossil fuels, dramatic consequences await not only their people but also their hegemony.

Despite the risks for Germany, opportunities do therefore exist in terms of climate and energy policy cooperation. This is demonstrated, for example, by energy partnerships with Saudi Arabia and the UAE in the hydrogen sector. However, Germany must avoid becoming as dependent on the Gulf states for energy as it was on Russia.

To sum up, there are a number of ways in which we can work pragmatically and strategically with the Gulf states without betraying our own values. But such cooperation will never be free of risks. These dangers must be forestalled through differentiated debate, without trivialising, dramatising or generalising the relevant issues.

The aim should always be to view human rights and national interests not as antagonistic, but in tandem. Only when earnest attempts are made to achieve such a balance can the apparent contradiction between moral responsibility and interest-driven realpolitik be resolved.

In Doha, Arabs from Morocco, Tunisia, Egypt and Algeria are gathering to celebrate the first ever FIFA World Cup to be held on Arab soil. The criticism from Europe? Over the top, ... END_OF_DOCUMENT_TOKEN_TO_BE_REPLACED

Canan Topcu came from Turkey to Germany as a child. In her essay, she describes how bothered she was by the racism she encountered in her country of origin when she travelled ... END_OF_DOCUMENT_TOKEN_TO_BE_REPLACED

All organisers use major sporting events like this year’s FIFA World Cup in Qatar primarily to advertise their country and promote a slick public image. This is not something we ... END_OF_DOCUMENT_TOKEN_TO_BE_REPLACED

A leading light of Israeli theatre, Ofir Henig has directed the Israel Festival and is the only female director to have been awarded the Israel Theatre Prize. These days, however ... END_OF_DOCUMENT_TOKEN_TO_BE_REPLACED

Antoine Leiris lost his wife in the Islamist terrorist attack on the Bataclan club in Paris. German director Kilian Riedhof has made a film of his book "You will not have my hate ... END_OF_DOCUMENT_TOKEN_TO_BE_REPLACED

Lamya Kaddor, MP for Germany’s Green Party, visited Qatar with a group of parliamentarians. In interview with Claudia Mende, she advocates a differentiated picture and urges that ... END_OF_DOCUMENT_TOKEN_TO_BE_REPLACED
Author:
Sebastian Sons
Date:
Mail:
Send via mail

END_OF_DOCUMENT_TOKEN_TO_BE_REPLACED
Social media
and networks
Subscribe to our
newsletter