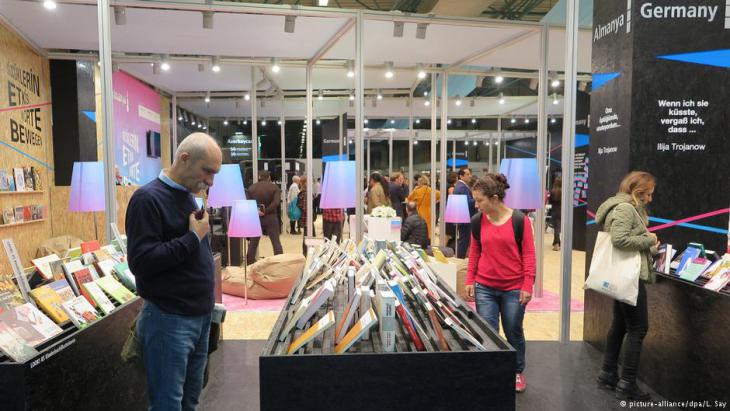 Germany at the Istanbul Book Fair

Germany was this year′s guest of honour at the Istanbul International Book Fair. This could not have happened at a better time – despite or perhaps because of the political dissonance. By Karen Kruger

″Words move – sozcuklerin etkisi″ – that was the motto under which guest of honour Germany presented itself at the 2016 International Book Fair in Istanbul. The motto is both clear and ambiguous: just what exactly words move can often be hard to predict, whether for good or for bad. Yet rarely have words held so much weight in German-Turkish relations as they do today.

First of all, the criticism expressed by Germany about the refugee agreement between the EU and Turkey was a source of annoyance in Ankara. Relations were also put to the test by the scandal surrounding a critical poem by German satirist Jan Bohmermann about the Turkish President Recep Tayyip Erdogan and by the Armenia resolution passed in June 2016, in which the German Bundestag linked the persecution and murder of Armenians from 1915 onwards with the term genocide.

Since then – and especially since the attempted putsch by the Turkish military in July 2016 and the regime′s response to it – dialogue has become considerably more fraught. And so the question of whether, by its presence at the Book Fair, Germany was not risking being abused as an alibi for the increasingly authoritarian Turkish government seems natural enough. Strictly speaking there could not be a better time for such a presence. 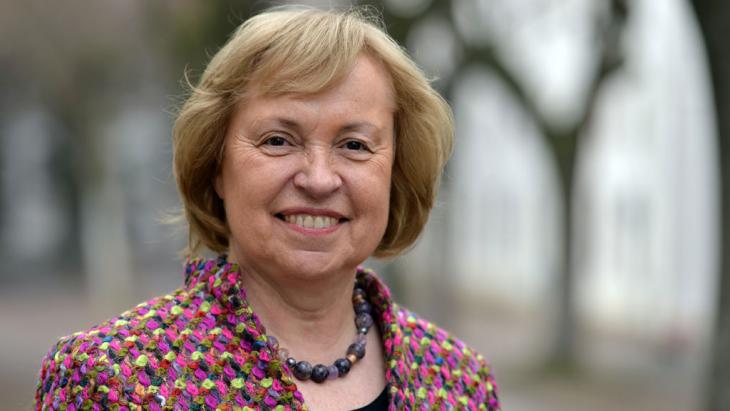 Guest of honour in troubled times: Maria Bohmer, Minister of State with the German Foreign Office, was at pains to point out the significance of the cultural links between Germany and Turkey. At the opening of the International Book Fair in Istanbul, she commented, ″Books and literature transcend cultural barriers, promoting a sense of common understanding. During these troubled times we must keep these lines of communication open – with the government, the parliament and with society as a whole"

It was bound to attract a lot of attention, as about 500,000 people attend the large book fair on the Istanbul fairground every year. Whereas the interest of Turkish readers in specialised books and stories about the history of German-Turkish migration has always been very limited, German children′s books and novels with a different focus are enormously successful.

German literature has been translated into Turkish for decades; it is an established part of the literary canon. About 30 German publishing houses were represented at the joint stand in Istanbul, including Rowohlt and Christoph Links Verlag. And more than 15 writers and musicians agreed to take part in this guest of honour presence.

These included some who are already known to the Turkish public through translations into Turkish: the children′s book author Finn-Ole Heinrich for example, the writer Wilhelm Schmid and the author Esmahan Aykol. Aykol′s crime story series about the German-Turkish bookseller Kati Hirschel sells very well in Turkey. During the fair Judith Kuckart and Ilija Troyanow presented books that have recently been translated: Kuckart her 1990 novel Wahl der Waffen (Choice of weapons), about two women at the culmination of the RAF terror, and Trojanow his novel Macht und Widerstand (Power and Resistance) about Bulgaria.

The potential to correct misunderstandings

The poet Achim Wagner is also not an unknown in Turkey. His volume of poems hafif coðrafya (light geography), published in 2013, was written in Turkish. Wagner lives in Ankara and Berlin and has already been in Turkey several times on scholarships, including a scholarship from the Cultural Academy Tarabya in Istanbul.

The women writers Olga Grjasnowa and Canan Topcu and the authors Moritz Rinke, Peter Schneider and Matthias Goritz are familiar with the Turkish mind-set because of their biographies or as a result of scholarship stays. These are ideal prerequisites for a dialogue that has the potential to correct misunderstandings and at the same time enable voices to be heard again that have almost become imperceptible due to the increasing political isolation. They are the voices of people who read and discuss books and feel connected with the world – for them, Germany′s presence is an important sign of solidarity.

When asked about the state of freedom of expression in Turkey today, Katja Bohne, who planned Germany′s guest of honour appearance on behalf of the Frankfurt Book Fair, said the approach would be ″tough on that particular issue, but polite in tone.″ The new book collection Fur das Wort und die Freiheit (For word and freedom) that is being presented in Istanbul was quite in keeping with this, with its focus on the worldwide persecution of authors, journalists and whistle-blowers.

Home
Print
Newsletter
More on this topic
Interview with Turkish author Elif Shafak: Democracy in a downward spiralThe #siirsokakta movement in Turkey: The poem is on the streetArabic bookshop in Istanbul: "We want to be a cultural centre"
Related Topics
Book fairs, Dialogue of Cultures | Intercultural Dialogue, Free speech and censorship, Freedom of the press, Literature, Migration, Recep Tayyip Erdogan, Satire, Turkish literature
All Topics

After at first agreeing to accept the grand prize as "Cultural Personality of the Year" in the Sheikh Zayed Book Award, Juergen Habermas then decided to decline the honour. A ... END_OF_DOCUMENT_TOKEN_TO_BE_REPLACED

Philosopher Juergen Habermas was due to be awarded a major Arab prize in Abu Dhabi, but has turned it down following criticism. This decision torpedoes Arab efforts at a ... END_OF_DOCUMENT_TOKEN_TO_BE_REPLACED

At nearly 92, Juergen Habermas is still advocating for a robust and transparent civil society. Now Germany's greatest living intellectual has rejected a book award from the United ... END_OF_DOCUMENT_TOKEN_TO_BE_REPLACED

Violent and racist crimes are on the up in Germany, according to official statistics on politically motivated crimes. Crimes by right-wing extremists hit their highest levels ... END_OF_DOCUMENT_TOKEN_TO_BE_REPLACED
Author:
Karen Krüger
Date:
Mail:
Send via mail

END_OF_DOCUMENT_TOKEN_TO_BE_REPLACED
Social media
and networks
Subscribe to our
newsletter