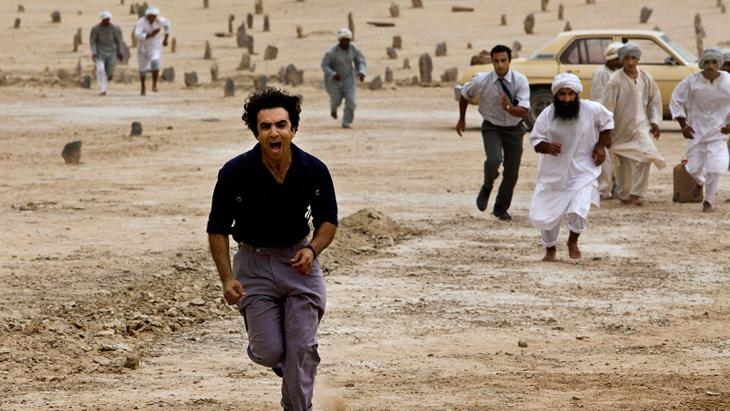 As refugees have dominated the news in recent months, Berlin's International Film Festival is also focusing on their stories. It's not just a politically correct trend: the event's social commitment has deep roots. By Jochen Kurten

This year, Berlin's International Film Festival will focus on the fate of refugees. It's definitely not the first time the event has explored current issues. Offering a platform for social and political reflections is a deeply-rooted tradition of the festival: "It′s part of the Berlinale's DNA," Dieter Kosslick, the director of the event, has often been heard to say.

When the Berlinale was created 66 years ago, millions of Germans throughout Europe were also seeking asylum or traumatised by expulsion. The film festival has since tasked itself with promoting tolerance and understanding between cultures.

Culture and politics in dialogue

Compared to other major European festivals, the Berlinale has always been a political festival, to the extent that it has sometimes been accused of focusing more on the social relevance of films than on their aesthetic qualities. There might be some truth in this. The winners of the Golden and Silver Bears in recent years have often been more "politically significant" than artistically innovative. 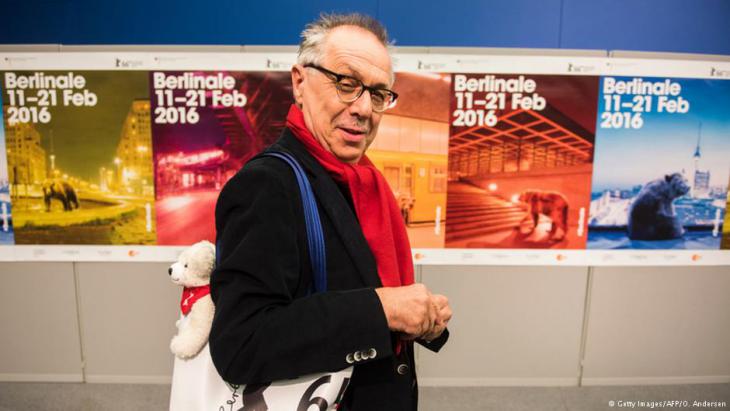 Nothing if not political: offering a platform for social and political reflections is a deeply-rooted tradition of the festival: "It′s part of the Berlinale's DNA," says Dieter Kosslick, director of the event since 2001

The Berlinale has always boasted diversity in its programme. Every year, besides the competition, its various sections feature documentaries, political film essays and socially-committed feature films. Marginalised groups of society get their say at the event, especially through movies revealing their concerns and hardships – and many of them in the past have also taken refugees as their focus.

Since he became the director of the festival in 2001, Dieter Kosslick says the "moment where the utopia of reality and cinema collided the most intensely" occurred on the last day of the festival in 2003. That year, the jury was led by Atom Egoyan, a Canadian director with Armenian roots and the Golden Bear went to Michael Winterbottom's film "In this World". The movie was about three Afghans fleeing their war-torn country. "At the same time, over 400,000 people were demonstrating against the invasion of Iraq around Potsdamer Platz. That day, the Berlinale was literally 'in this world'," recalls Kosslick.

Several Berlinale winners reflect this dialogue between film and reality, culture and politics. In 2006, the Golden Bear was given to "Grbavica," a Bosnian drama on the traumas of war in Sarajevo. Last year, the award went to "Taxi," which Jafar Panahi filmed secretly despite being banned from working in Iran. "It is not only a courageous work," said Kosslick, "but one that expresses the right to freedom of expression in a magnificent artistic form."

This year's motto, "the right to happiness," which includes all fundamental rights, could have applied to previous programmes as well, but this year has been shaped by the arrival of 79,034 refugees in Berlin, which is why the film festival also wanted to participate in the city's welcoming culture.

Different initiatives are planned: donations will be collected and special access to events will be organised for refugees. A Berlin refugee initiative will also be sharing their international culinary culture.

Along with glamour and stars on the red carpet, refugees will remain a focus of the festival throughout the coming days. Culture and politics will keep meeting in Berlin's films theatres – it's simply in the Berlinale's DNA.

Since returning to power in Afghanistan, the Taliban have steadily eroded the rights and opportunities of women and girls, particularly their access to education. But Afghans are ... END_OF_DOCUMENT_TOKEN_TO_BE_REPLACED

Since seizing power in mid-2021, the Taliban have continued to restrict the rights of Afghan women and girls. At the end of 2022, they banned women from attending higher education ... END_OF_DOCUMENT_TOKEN_TO_BE_REPLACED

German imams have publicly expressed their solidarity with the women of Afghanistan. In a letter of protest, the clerics say that the Taliban regime's decree barring women from ... END_OF_DOCUMENT_TOKEN_TO_BE_REPLACED

At the end of every year, the team at Qantara.de gives you a run-down of the ten most-read articles on the site over the past 12 months. Here is a quick overview of the stories ... END_OF_DOCUMENT_TOKEN_TO_BE_REPLACED

The "Weiter Schreiben" (Keep Writing) project promotes literature from war-torn and crisis-stricken regions and has, most recently, shone its spotlight on Afghanistan. Afghan ... END_OF_DOCUMENT_TOKEN_TO_BE_REPLACED

The Islamic Republic has been unable to quell the civil unrest that erupted three months ago, after Mahsa Amini died after being detained for violating hijab rules. Now the ... END_OF_DOCUMENT_TOKEN_TO_BE_REPLACED
Author:
Jochen Kürten
Date:
Mail:
Send via mail

END_OF_DOCUMENT_TOKEN_TO_BE_REPLACED
Social media
and networks
Subscribe to our
newsletter