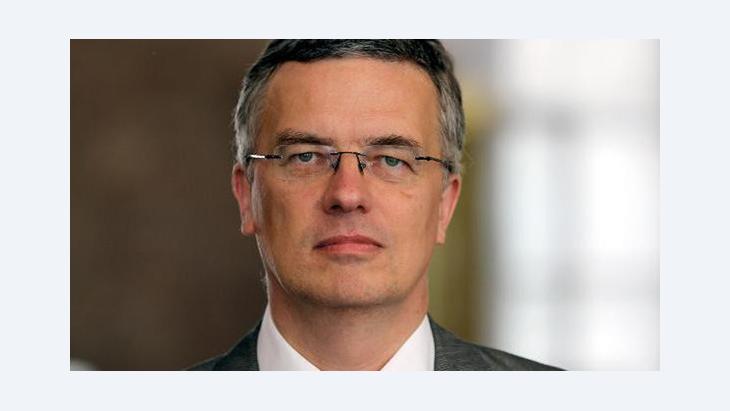 Germany's Disputed Dual Citizenship Law
''Everyone Must Be Able to Participate''

﻿The German government's Commissioner for Human Rights, Markus Löning (FDP), is critical of citizenship laws that force young Turks to choose between German and Turkish nationalities. His view breaks with government policy to date. Daniel Brössler spoke to him

﻿It was a compromise that now forces thousands of young descendants of immigrants in Germany to make a tough decision. Since the year 2000, a regulation has been in force granting immigrants' children born in Germany since 1990 the right to a German passport. They are temporarily allowed to retain the passport of their parents' homeland alongside the German one. But by the time they have turned 23 at the latest, they must give up one citizenship, as long as their parents do not come from an EU country, for example.

This has led to quite a number of Germans becoming foreigners again since the beginning of the year. The CDU and CSU, which pushed the compromise through against proposals to fine-tune the legislation by the SPD and the Greens, are keen to maintain the option obligation. But the SPD says if it wins the election it will do away with the ruling – an approach now supported by the government's Commissioner for Human Rights, FDP politician Markus Löning.

If young people have to give up their German passport after the age of 23, is it really a matter for the human rights commissioner?

Markus Löning: Well in the first instance it's not a matter for the government's commissioner for human rights, as my remit covers human rights in the foreign policy arena. But this is also a question of our own credibility, and the human rights policies that we represent to the rest of the world. We have to practice the same things at home that we advocate outside. That also applies to equality before the law, equal opportunities for all, democratic participation and other similar basic human rights.

And you think these rights are infringed by German citizenship laws?

Löning: The main problematic issue is the unequal treatment of people of different origins. For children of bi-national parents, for people from the EU or ethnic German immigrants, there are no impediments to dual citizenship. It is made impossible for other people, although they were born and raised here. That is unequal treatment in my view.

The great-grandchildren of German immigrants in Argentina, who have no other connection to Germany other than their German great-grandfather, have an Argentine and a German passport and can take part in German parliamentary elections, while Turkish immigrants and their children cannot vote, although they live here, pay taxes and participate in society here, just because they don't want to give up their Turkish passport. That's an untenable situation in my view. 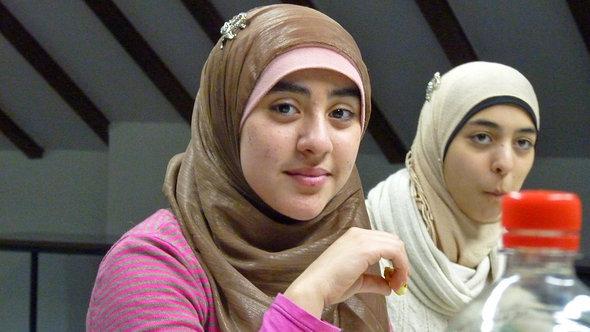 Forced to choose: This is often a difficult decision for young Turks in particular. Until 2017, between 3,000 and 7,000 children must opt for a nationality every year. It's much easier for EU citizens to obtain dual nationality

​​Germany's Interior Minister Hans-Peter Friedrich (CSU) refers to the case of a violent criminal from Berlin who holds two nationalities and is now seeking protection in Turkey. Are you convinced by this argument?

Löning: Why should we hold thousands of citizens responsible for the misdemeanours of one individual? No, it doesn't convince me at all.

Löning: Our citizenship laws initially adhered to the principle of descent. Over the past few years, we've taken a few steps towards the territorial principle. We should complete the circle and say: Anyone that lives here also has a claim on political participation. Everyone must be able to participate, everyone must be able to vote. That's also a claim on us as democrats.

At the moment, we're excluding a large group from taking part in elections through unequal treatment. Also in the case of qualified immigrants I believe it is important that we offer them the prospect of full citizenship while retaining their primary nationality.

Do you not fear conflicts of loyalty?

Other people may feel connected to the homeland of their parents. I don't see as a problem. There are those who perceive the origins of their parents as a part of their identity. It also bothers me that this question is only posed in the case of some people. We should take a much more relaxed approach to the issue. 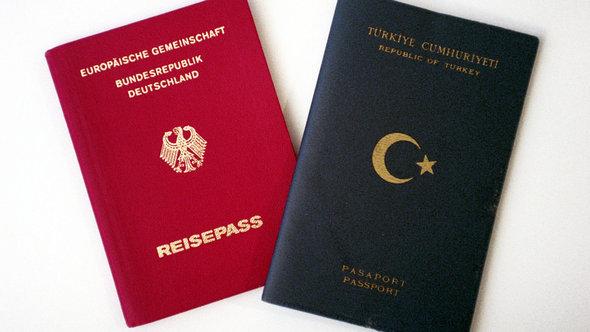 ​​What do you suggest?

Löning: If we work on the assumption that everyone should have the right to participate in the democratic process, then we have to make naturalization even easier and not make a big deal about dual citizenship. Our message should be: It's not a problem for us if somebody has a second passport and feels a bond with the homeland of his parents. What's important is that he enjoys the rights of a full citizen here in our country.

But that's not the policy of your party, the FDP, is it?

Löning: Equality before the law is a liberal stance that I represent as human rights commissioner, just as many of my party colleagues do. When I'm travelling I'm repeatedly confronted with the realization that we are reproached for our citizenship laws. That's my contribution to the debate on the matter, also within my party.

Do you see citizenship laws as a post-election reform project?

Löning: Yes I do. I believe we need this reform. Many half-measured steps have been taken over the past few years. We now need a thorough and complete reform.

52-year-old Markus Löning has been the government's Commissioner for Human Rights since 2010. He was a member of parliament from 2002 to 2009, most recently as his parliamentary group's spokesman on European policy. He sat on the FDP's leadership committee until 2011.

Algeria‘s regime is again cracking down on anti-fracking activists and the unemployed in the country‘s south. Yet EU countries remain keen to scale up their energy cooperation ... END_OF_DOCUMENT_TOKEN_TO_BE_REPLACED

Bachtyar Ali sends the hero of his latest novel – "Mein Onkel den der Wind mitnahm" – literally flying. Jamshid is so thin after his years as a political prisoner that a gust of ... END_OF_DOCUMENT_TOKEN_TO_BE_REPLACED

For a century, the Kurds and other minorities in Turkey have been subject to state repression. With his dissertation "The Kurdish Question in Turkey", political analyst Ismail ... END_OF_DOCUMENT_TOKEN_TO_BE_REPLACED

Anti-Semitic motifs have no place at Germany’s documenta art show or anywhere else in the world, stresses Meron Mendel, director of the Anne Frank Educational Centre in Frankfurt ... END_OF_DOCUMENT_TOKEN_TO_BE_REPLACED

A new exhibition, "Syria – Against Forgetting", at Cologne’s Rautenstrauch-Joest-Museum focuses on Syria's artistic and cultural heritage and pays tribute to the country before ... END_OF_DOCUMENT_TOKEN_TO_BE_REPLACED
Author:
Daniel Brössler
Date:
Mail:
Send via mail

END_OF_DOCUMENT_TOKEN_TO_BE_REPLACED
Social media
and networks
Subscribe to our
newsletter