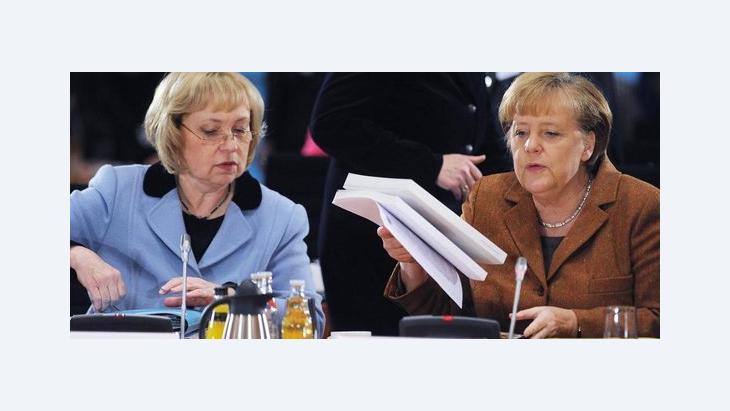 The German federal government has organized regular summit meetings to discuss integration since 2006. Migration experts, however, say that the decisions taken at these meetings are often only half-heartedly implemented. Bettina Louise Haase reports

"The problem the integration summits are dealing with is striking the balance between encouragement and expectation," says Werner Schiffauer, professor of Comparative Cultural and Social Anthropology at the European University Viadrina in Frankfurt (Oder). "But this carrot-and-stick principle doesn't go down well with the migrants."

In his opinion, the government's integration summits are falling short of the mark. Any good decisions that are made are only half-heartedly implemented. He sees the setting aside of money for language courses as a positive move. "But we don't yet have any reports of concrete success in this field," he says.

Although the federal government now increasingly makes money available for language courses for migrants, one of the aims of previous migration summits – i.e. to get more migrants into these classes – has yet to be achieved.

According to Schiffauer, the courses are not adequately financed. He says that the wages of the teachers, most of whom teach German as a foreign language, do not match the level of their responsibilities, meaning that they are constantly overburdened. The clientele for the migrants' language courses is very heterogeneous, with the result that the teachers also find themselves taking classes in which the students have different levels of linguistic competence. Schiffauer adds that there is also a lack of language courses that are tailored to meet specific needs. 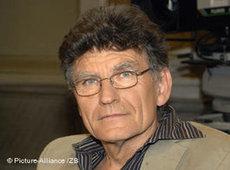 ​​Migrants are obliged to take part in the language courses; they have been threatened with having their state benefits cut if they fail to attend. "That is not exactly a motivating factor for the migrants," says Schiffauer, referring to the carrot and stick approach of both fostering migrants and expecting them to make an active effort. "In the long term, though, all that will happen is that migrants will stay away from the courses."

"The problems of migration are far more complex than most politicians assume," says Schiffauer, citing parallel societies as an example. The problem here, he says, lies not with the migrants, who move in large numbers to a particular part of town, but with the Germans, who make a point of moving out of those districts. On the job market, too, foreign workers are still discriminated against and are not treated the same as German workers.

Migrants as the bogeymen

"The 'carrot and stick' message runs right through the government's integration summit," he says. "In doing so, it turns migrants into a kind of bogeyman that has never existed."

Mehmet Tanriverdi, president of the Federal Working Group of Immigration Associations (BAGIV), is also less than delighted with the degree to which the goals of the integration summits have actually been implemented so far. "One good thing the summits have achieved is that the language used has changed," Tanriverdi says. "It's a step-by-step policy. At least we're now dealing with the government on an equal footing, and the words used when talking about migrants have changed."

Tanriverdi is optimistic that things are on the right track. "Integration is making progress," he says. However, he does accuse the government of failing to do its homework in, of all things, the key area of education. Although the aim was to bring the numbers of migrant children dropping out of school down to the same level as that of non-migrant children, there has been no change in the number of those leaving school without qualifications. 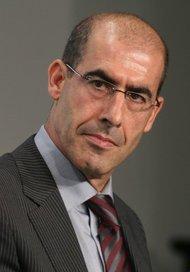 Mehmet Tanriverdi, president of the Federal Working Group of Immigration Associations (BAGIV), is adamant that education should not be subject to cuts in funding

​​"This simply has to change," says Tanriverdi emphatically. "We need deadlines and a transparent system of inspection." Education in particular should not be subject to cuts in funding, he says. "The fact that all-day schools alone are considered the answer to the educational plight of migrant children shows that too little effort is being made to ensure the success of integration."

The action plan that will be discussed in the Chancellery was drafted by the federal government in consultation with immigration associations. Although it contains a number of demands, it will take a long time for them to be met. The immigration associations, which so far have been made up almost entirely of migrants working on a voluntary basis, are to receive financial support from the government for their work.

"But we don't yet have any concrete commitments," says Tanriverdi. There are also as yet no concrete signs that the demand for greater openness between cultures – which was also one of the goals of earlier summits – is being met. So far, hardly any local authorities have been willing to employ greater numbers of migrants.

The action plan also seeks to increase the number of migrants in sports clubs and the number being trained to become sports instructors. "The primary objective in this regard must now be to gain the migrants' trust," says Tanriverdi, "but there's a lot more that needs to be done."