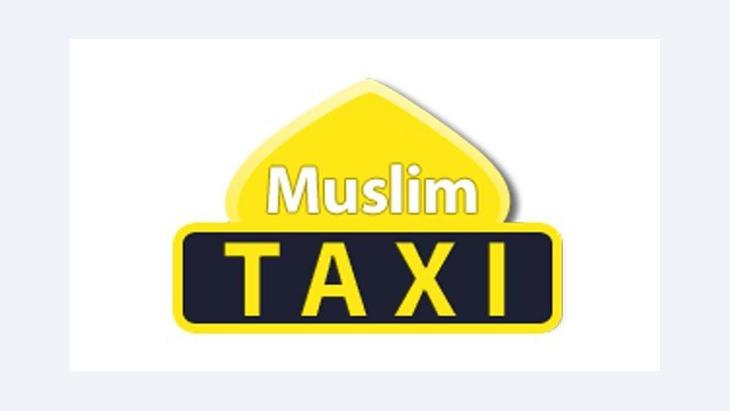 ﻿Selim Reid set up Germany's first Muslim car sharing service to spare his mother disparaging remarks and to reduce the number of extra-marital affairs. Cigdem Akyol spoke to the entrepreneur about his concept and his motivation

Mr Reid, you set up a Muslim car sharing service last December. Where did you get the idea for "Muslim-Taxi"?

Selim Reid: Many Muslim sisters and brothers were complaining that they weren't able to use conventional car sharing services on their own because the gender separation required by Islam is not maintained by such services. After hearing more and more sisters and brothers bemoan this state of affairs, I came up with the idea for "Muslim-Taxi".

So you were motivated purely by love and concern for your fellow Muslims?

Reid: I was also motivated by a very personal experience. I once organised a lift for my parents, who were travelling from Hamburg to Berlin. When people hear me speak, they can't tell that I am an immigrant. When I brought my parents to the pick-up place, I saw the ice-cold expression in the faces of the driver and the other fellow passenger. It was absolutely clear that they didn't like foreigners. During the trip, they began to talk disparagingly about foreigners in general and about my mother's headscarf in particular. Of course, my parents couldn't get out of the car in the middle of the motorway, so they were forced to listen to all of this. They assumed that my parents were not able to speak German, but they were wrong.

You are talking about discrimination and are critical of the ignorance of majority society. But by setting up a car sharing service for Muslims, are you not fostering the very segregation that has given rise to this ignorance?

Reid: We are not doing anything that Christian Church communities who support each other wouldn't do. Moreover, the car sharing organised by our service is also open to non-Muslims too. So, if anyone is looking for dialogue, they will find it with "Muslim-Taxi".

What exactly are you offering your clients that they can't get from other car sharing services?

Reid: The fact that Muslims – both male and female – are supposed to seek the segregation of the sexes means that Muslims cannot use car sharing services where they cannot chose the driver and passengers with whom they travel. This meant that it was very difficult for Muslim women in particular to use conventional car sharing services without being accompanied by another person. 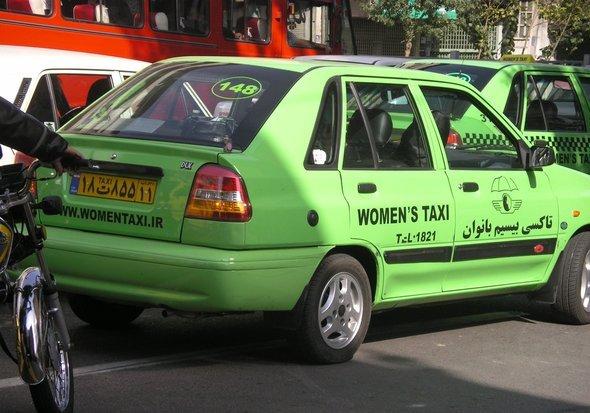 A counter-reaction to the increasing harassment of women in public transport: A women's taxi company in Tehran, which has been in existence for ten years in the Iranian capital, employs women drivers

With Muslim-Taxi, these problems don't arise, alhamdulillah (thank God – ed.), because those who are looking for a suitable car on the site can see at a glance whether the person offering a lift is a man or a woman. In this way, we are protecting marriages too. I have often heard of married people who have gotten to know someone when sharing a car and later had an affair with that person, and that partnerships have broken down and families have been torn apart as a result.

So you see it as your job to protect marriages?

Reid: I am just offering a service where I have virtually ruled out the chance of people meeting someone with whom they end up having an affair. The care that I offer is also motivated by Islam: we Muslims look out for one another; we are sisters and brothers in faith and we support each other.

Care? At the end of the day, it's all about earning money, isn't it?

Reid: "Muslim-Taxi" is, alhamdulillah, the first Muslim car sharing service in Germany and in all of Europe that allows Muslims to organise lifts and share car trips. You could compare my concept with that of a furniture shop. Some specialise in kitchens; others in sofas and armchairs. I am also operating in a niche market, hopefully to make a little money out of it. Think of it like this: fans of Hamburg SV don't share cars with fans of Bayern Munich. This is not about a parallel society; it is just about people with different interests, and I am serving one of these interests.

Apart from the segregation of the sexes and nurturing marriage, is there anything else that you are trying to achieve?

Reid: The best thing about Muslims travelling with Muslims is undoubtedly the Da'wa, the mission. When two or more people have just met and start to chat and the only thing they have in common is their religion, what are they going to talk about? About Islam, of course. Apart form that, it is a way of introducing people of different faiths to Islam. I would like to help Muslims come together, stand up for each other, and to share the strengths of Islam together; to help non-Muslims become enthusiastic about our faith and perhaps even come to share it.

So you are trying to proselytize a little on the side too?

Reid: It is an invitation to Islam; it is the task of every Muslim to extend such invitations. I am convinced that Islam connects all religions and that there is only one true God.

Your idea seems a little out of date. How contemporary is it to segregate the sexes in the society in which we live?

Reid: An increasing number of people are converting to Islam; the majority of these converts are women. They willingly wear the headscarf; no one is oppressing them. The segregation of the sexes is part of our faith, and Islam is part of Germany, so the question is superfluous.

But Islam is changing. In some Arab countries, women are fighting against the strict segregation of the sexes...

Reid: Islam will not change; the principles will remain the same; women will still want to wear the headscarf in 1,000 years time. We are convinced that Islam is the true religion and that God is immaculate. The religion that he has given us as a gift is also immaculate and, consequently, it is also everlasting.

What has been the reaction to the service so far?

Reid: In the first two days, we had over 2,000 hits; our brothers and sisters are delighted. Many of them have expressed their gratitude by sending e-mails or calling us up.

Have you also been criticised for "Muslim-Taxi"?

Reid: Of course. But I was expecting that. Being criticised doesn't automatically mean that you are doing something wrong. Do you think Einstein was never criticised? As long as it doesn't go beyond the verbal, each to his own.

SELIM REID
is 24 years of age and is a student of mechanical engineering and aviation technology in Hamburg. He came to Germany from Iraq with his parents in 1996. The Muslim car sharing service is free of charge for users; Reid finances the project via advertising.

A new exhibition, "Syria – Against Forgetting", at Cologne’s Rautenstrauch-Joest-Museum focuses on Syria's artistic and cultural heritage and pays tribute to the country before ... END_OF_DOCUMENT_TOKEN_TO_BE_REPLACED

Madrid's about-face on the Western Sahara conflict has enraged Algeria. Trade relations have been frozen unilaterally and a cut in gas supplies to Europe could be in the pipeline ... END_OF_DOCUMENT_TOKEN_TO_BE_REPLACED

Yazan Khalili is spokesman for The Question of Funding, a collective of artists taking part in the leading German contemporary art festival Documenta 15. Here, he responds to ... END_OF_DOCUMENT_TOKEN_TO_BE_REPLACED

Mourad al-Marouai was just nine when a landmine killed him on a beach in war-torn Yemen, a tragedy that will haunt his family forever. After a swim, the little boy "suddenly ... END_OF_DOCUMENT_TOKEN_TO_BE_REPLACED

This year’s Morgenland Festival opened with the premiere of Kinan Azmeh’s musical theatre piece, “Songs for Days to Come”, based on fifteen poems by contemporary Syrian poets. ... END_OF_DOCUMENT_TOKEN_TO_BE_REPLACED

A ceasefire has been in effect in Libya for the past year and a half. Yet after Russia's attack on Ukraine, another proxy war looms in Africa's most oil-rich country. Mirco ... END_OF_DOCUMENT_TOKEN_TO_BE_REPLACED
Author:
Cigdem Akyol
Date:
Mail:
Send via mail

END_OF_DOCUMENT_TOKEN_TO_BE_REPLACED
Social media
and networks
Subscribe to our
newsletter