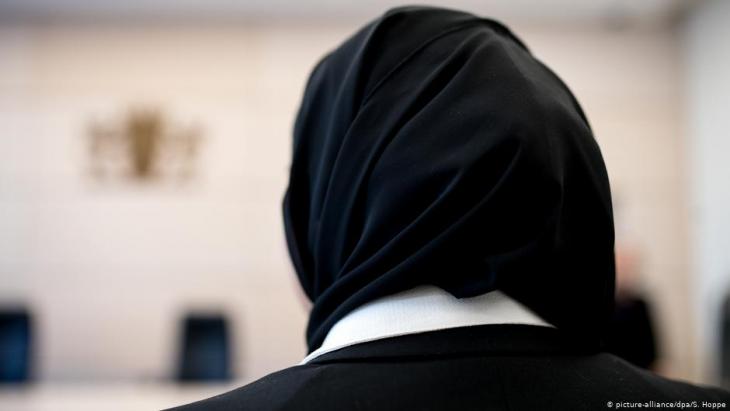 The judges at Germany's Federal Constitutional Court in Karlsruhe are wrong to treat the hijab as a purely "religious symbol". The act of a woman demonstratively covering her head is not a gesture of subjugation, but of rebellion. A commentary by Sonja Zekri

No one could have known that the Federal Constitutional Court's ruling on the wearing of headscarves by legal trainees in German court rooms would come so soon after the attacks in Hanau. Sometimes, coincidences are particularly illuminating. In addition to many other things, Hanau showed that Turkish-Germans, Arab-Germans or any other kind of Germans with non-German roots are more often spoken about than spoken to.

For example, the fact that they go to shisha bars because they have no access to clubs; the fact that despite holding a German passport and having both a German tax identification number and – something that is particularly important – a German education, they are excluded from many of the numerous opportunities for advancement and participation that exist in Germany; and that they are fully aware of all this.

Just a few days after Hanau, the Federal Constitutional Court ruled that legal trainees wearing headscarves are not allowed to sit on the judges' bench, preside over a hearing, or take evidence. Instead, they have to sit among court observers. It will be nigh on impossible for Muslims not to see this as the latest in a long line of rejections.

And not just because the principle of the ideological and religious neutrality of the judiciary, to which the judges in Karlsruhe referred in their explanation of the ruling, is an ideal – necessary for democracy, absolutely to be strived for, and to be defended at all costs, but, like any ideal, unattainable. The discrepancy between the absolute aspiration and the human factor cannot be eliminated. Crosses, headscarves, turbans or any other visual stimuli just make it visible.

Not every hijab-wearer is oppressed

The fact that the judges in Karlsruhe treat the headscarf as a purely "religious symbol" seems to stem from a completely different era. It is not even considered so in the Islamic world, for one because women in countries like Saudi Arabia or Libya are often required by law or social conventions to wear the hijab – regardless of how often they pray or whether they pray at all. This is even more true in Germany and in other European countries and the USA. 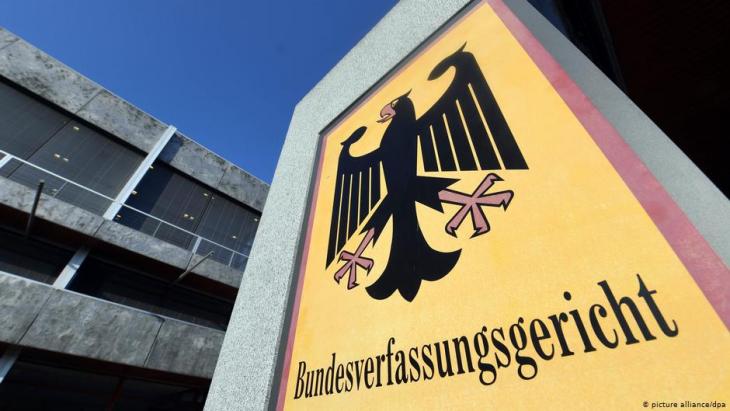 A questionable decision: according to Germany's Consitutional Court, the headscarf ban for legal trainees in Hesse is in line with the constitution. Owing to the ideological-religious neutrality of the state, state legislators may prohibit the wearing of headscarves

Women often decide to wear the headscarf because they can't avoid the disadvantages that come with having a Turkish, Arab or Pakistani name anyway, for example when looking for a flat or a training placement, in short when seeking their place in society.

According to the British art historian Reina Lewis, the stigmatisation of the hijab is one reason why some women wear it: it is a sign of their "cultural pride" and doesn't necessarily have anything to do with personal spirituality.

Only in a society that mistrusts Muslims because they are Muslims – regardless of whether they are devout or secular – can demonstrative head-covering become an expression of self-assertion Indeed, it is not a gesture of subjugation, but rather a rebellion against the majority's judgement about who Muslims are and how they should act. This interweaving of cultural identity and political appeal, differentiation and attempted integration is, admittedly, quite confusing.

It may be a comfort to the judges in Karlsruhe to know that in times gone by, the message sent out by the veil was no easier to decipher. When the Egyptian women's rights activist Huda Sha'arawi publicly removed her face veil in 1923, she was sending a message to two different quarters: firstly, to Western observers who considered "Oriental" women to be enslaved and backward, and secondly, to patriarchal Egyptian society. Jewish and Druze women also removed their veils at the time.

For a brief moment, solidarity between the majority and the minority seemed within reach.

Home
Print
Newsletter
More on this topic
Book review: Emel Zeynelabidin's "You grow up only in this life": The headscarf is not a gauge of devoutnessInterview with Dina El Omari on feminism and Islam: "Muslim women need space for critical self-reflection"Qantara dossier: The headscarf controversy
Related Topics
Islam in Germany, Justice, Muslim women, Muslims in the West, The Headscarf Controversy
All Topics

German Middle East analyst Guido Steinberg and television journalist Ulrich Tilgner have both published new books on the conflicts in the Middle East. Their analyses and their ... END_OF_DOCUMENT_TOKEN_TO_BE_REPLACED

On 7 March, Switzerland became the latest European country to vote in favour of a so-called "burka" ban. It was yet another feather in the cap of the right-wing populist Swiss ... END_OF_DOCUMENT_TOKEN_TO_BE_REPLACED

Syrian-born Rafik Schami is a gifted storyteller and one of the most successful authors writing in German today. In his 50 years in exile in Germany, he has introduced the Arab ... END_OF_DOCUMENT_TOKEN_TO_BE_REPLACED

The Syrian war has moved through many phases and included a number of changing actors. But one aspect has remained constant throughout: the Assad regime is using the conflict to ... END_OF_DOCUMENT_TOKEN_TO_BE_REPLACED

It's no secret that the Baha'i community in Iran is persecuted. Now, a document has come to light that appears to show the extent to which the repression is state-sponsored. By ... END_OF_DOCUMENT_TOKEN_TO_BE_REPLACED
Author:
Sonja Zekri
Date:
Mail:
Send via mail

END_OF_DOCUMENT_TOKEN_TO_BE_REPLACED
Social media
and networks
Subscribe to our
newsletter