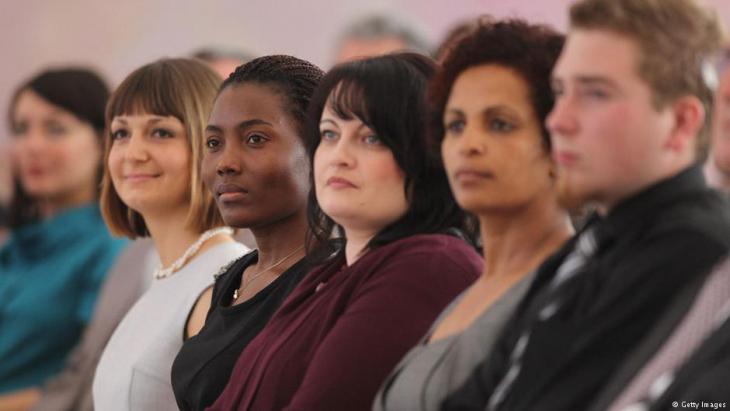 Germany’s identity crisis
We are the people, too

Within two years, the rise of the AfD has caused a backlash in German discourse that Angela Merkel, fearing the loss of conservative voters to the right, has proved incapable of quelling. As the new German parliament reconvenes, it remains to be seen whose votes are worth more, writes Jagoda Marinic

On the day of the German general election, Alexander Gauland, a newly elected member of the parliament and leading politician of the far-right AfD (Alternative for Germany), used his thirty seconds on public television to yell into the microphone: ″We will take back our country and our land.″

There has been much talk about the so-called ″Wutburger″, the angry Germans, in the last two years. German angst has spawned German anger. Angst seems to be an emotion that for Germans justifies all sorts of misbehaviour.

Ever since the AfD showed up on the political scene they′ve been talking about taking back ″their country″. Very little has been said about those they want to take this country back from. German public discourse on immigration has always lagged behind German reality. Yet the country is much more diverse than its political representatives suggest.

This time, the Christian Democratic Party (CDU), the traditional conservative party, brought a mere 2.6 percent of politicians with a non-German background into parliament. Even the AfD fielded three times as many. However, what both these numbers do show, is that while German cities have become visibly diverse – one in four has a migration background – politically this group remains marginalised, to put it mildly.

Decades ago, when the first guest workers arrived, steps were taken to ensure that immigrants were not granted citizenship. These days, by contrast, almost half of the twenty million with a migration background hold a German passport. 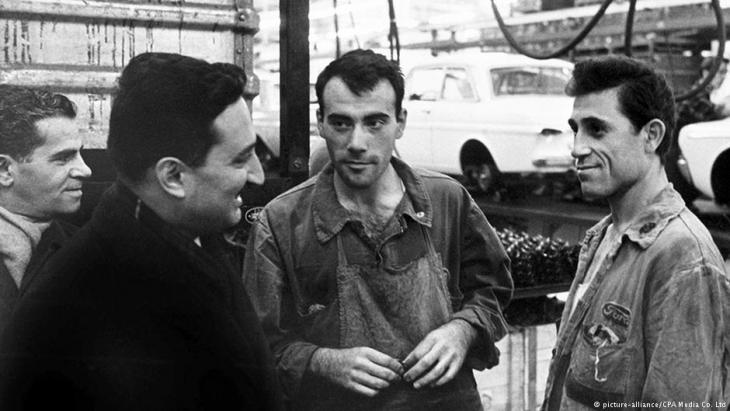 Half a century ago the German state was driven by the assumption that the migrants would place the emphasis on the first part of the term "guest workers" and return home after providing their labour. Yet as the author Max Frisch observed in 1965, ″We called for labour and what came were people″

Yet, surprisingly, their political clout remains limited. Both politicians and the general public are stuck in a rut, preferring to talk about immigrants and what they want to offer to them, rather than engaging with minority representatives and their demands. The latter, for their part, remain relatively disorganised as a group, as a result failing to take sufficient advantage of the democratic structures available to foster their interests.

It has become a staple of the German media: old white men discussing immigrants on talk shows. Alexander Gauland is one of them. Instead of making it clear to him that he had crossed a red line on election night, he was invited onto the panel of the most popular talk shows in Germany for the 27th anniversary of German unity – to talk about national identity. Once again, no minority voice was invited to represent the perspective of those Gauland talks about.

Nor has Germany's public media made any concerted attempt to disqualify the new extremists. On the contrary: the right-wing party succeeded in blackmailing large sections of the German media into disproportionate coverage, contributing strongly to the normalisation of extremist positions that would have been unacceptable two years ago. At the same time the voices of immigrants and their descendants were overlooked.

Home
Print
Newsletter
More on this topic
Facing down the AfD: We shall not be moved! Electioneering in the Federal Republic: Courting the immigrant voteIncreasingly diverse and colourful: Germany, land of immigration
Related Topics
AfD | Alternative for Germany, Democracy and civil society, Dialogue of Cultures | Intercultural Dialogue, Human rights, Immigration, Integration in Germany, Islam in Germany, Migration, Migration in Germany, Policy on refugees and migration
All Topics

Recent efforts to rehabilitate Assad are setting a damaging precedent for accountability, just as the international community is expressing the need to hold Russia to account for ... END_OF_DOCUMENT_TOKEN_TO_BE_REPLACED

Nouara may be 65, but she is ready to join thousands of others who burn their ID and pay traffickers for the chance of a new life in Europe. Zineb Bettayeb reports END_OF_DOCUMENT_TOKEN_TO_BE_REPLACED

Education for girls and women is still possible in Afghanistan, says Reinhard Eroes of the Kinderhilfe Afghanistan initiative. In interview with Elisa Rheinheimer, he talks about ... END_OF_DOCUMENT_TOKEN_TO_BE_REPLACED

Locals in the Middle East have said European critics are showing bias and hypocrisy when they condemn Qatar. Observers agree that Qatar has had to deal with more criticism than ... END_OF_DOCUMENT_TOKEN_TO_BE_REPLACED

In Doha, Arabs from Morocco, Tunisia, Egypt and Algeria are gathering to celebrate the first ever FIFA World Cup to be held on Arab soil. The criticism from Europe? Over the top, ... END_OF_DOCUMENT_TOKEN_TO_BE_REPLACED
Author:
Jagoda Marinic
Date:
Mail:
Send via mail

END_OF_DOCUMENT_TOKEN_TO_BE_REPLACED
Social media
and networks
Subscribe to our
newsletter