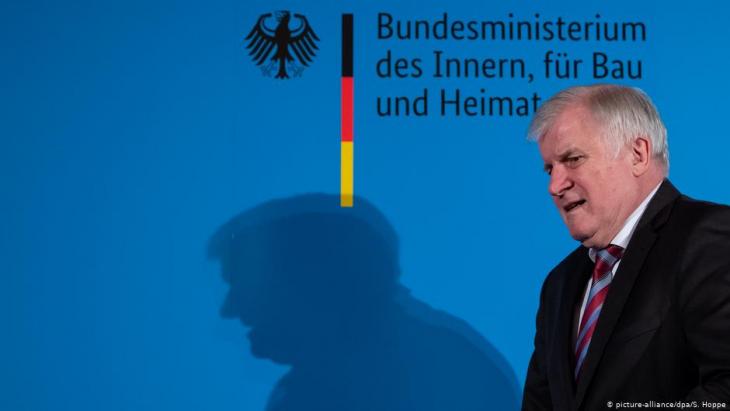 The German term 'Heimat', of which the English equivalent 'home' is merely a pale imitation, has much to do with demarcation, with "us" and "them". At the Literaturk Festival in Essen, four authors talk about their lives as the "others" in Germany. By Sabine Peschel

Is 'Heimat' really something we should still be talking about? A term so variously defined and instrumentalised by any number of factions? Do we still have to have this debate, which is basically imposed on people who are not regarded as belonging to the so-called majority society?

Of course not. But you can – as the organisers of the 15th Literaturkfestival in Essen found, making #irgendwasmitheimat the hashtag and motto of their international literature festival and inviting four of the contributors to the essay volume "Eure Heimat ist unser Alptraum" (Your homeland is our nightmare), published in February, to the stage. Rarely has the scarcely definable term been more intelligently, more wittily dissected, in the spirit of the Enlightenment, than by Sharon Dodua Otoo, Max Czollek, Nadia Shehadeh and Mithu M. Sanyal.

Heimat has never been a real place. Heimat was a place of longing for the Romantics, but it was also the nation state, as defined at the end of the 19th century. An ideal that today is associated with a regionally anchored feeling of familiarity, counter-image to the globalised world. 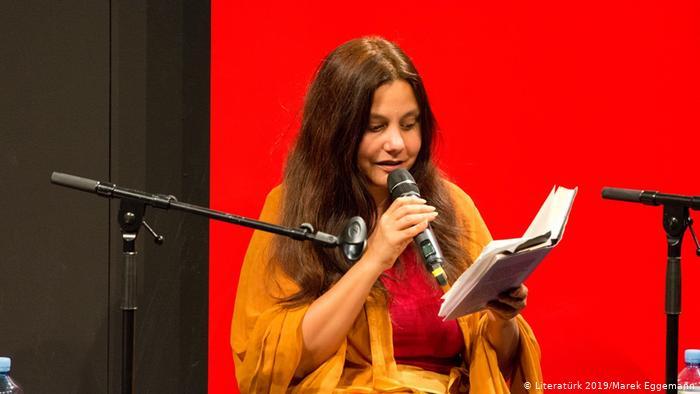 In her essay, Sanyal examines the "Three Hs" (Haut, Haar und Haemoglobin – skin, hair and haemoglobin): skin and hair determine whether a person with a "migration background" is involved, while "haemoglobin" describes the principle of descent. But note: "without and within are neither clear nor clearly separated categories"

Does the term merely describe a construct that serves to demarcate and exclude? Or – especially since the advent of the "Heimat" ministry in Germany – to enforce a restrictive migration policy? After all, the term "Heimat" has been used for decades by right-wing populists seeking to deny those people the right to exist who do not fit with their own worldview.

The fourteen authors of "Eure Heimat ist unser Albtraum" all live in Germany in the first, second or third generation. Nevertheless, they are repeatedly confronted with the consciously or unconsciously racist question "Where do you come from?"

"It is the question that separates the wheat from the chaff," says the journalist and author Mithu M. Sanyal, quoting her own essay 'Zuhause'. "Or more precisely, the people who belong here, from the others." Behind this question there is a social problem for which she has come up with the "Three Hs" (Haut, Haar und Haemoglobin – skin, hair and haemoglobin). Skin and hair determine whether a person with a "migration background" is involved, while "haemoglobin" describes the principle of descent. But note: "without and within are neither clear nor clearly separated categories". Both Sanyal and the Berlin political scientist Max Czollek attribute the idea of Germany as a homogeneous country to fascism.

Heimat is a struggle

The Berlin-based Bachmann Prize winner Sharon Dodua Otoo, a dark-skinned British woman, is often asked where she comes from. Her own parents tried to integrate by adapting and did not openly talk to their daughter about racism. 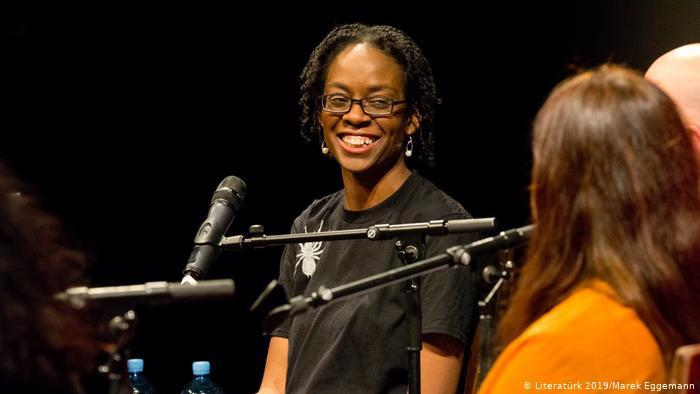 "My children shouldn't be ashamed": Berlin-based Bachmann Prize winner Sharon Dodua Otoo, a dark-skinned British woman, is often asked where she comes from. Rejecting integration through adaptation, Otoo makes sure she talks to her son about racism, about annoying or frightening incidents on the underground, checks by suspicious police, or teachers inclined not to believe black youths

Otoo takes a different approach: "My children shouldn't be ashamed," says the author of the essay entitled 'Love'. That's why Otoo talks to her son about racism, about annoying or frightening incidents on the underground, about suspicious police checks or teachers who don't believe black youths. Otoo's son has cultivated his own attitude. He identifies himself as a black man "with a capital B" and favours the path of "verbal self-defence": "My Heimat is a place I fought for. I fought so that I could feel comfortable calling Berlin my home. Waging this struggle has become part of my identity. Today I love it."

Max Czollek became famous in 2018 with his angry polemic "Desintegriert Euch!" (freely translated as "Don't bother integrating "). In it he focusses on 'overcoming the present' and creating a society in which one can be different without fear – in the sense of Theodor W. Adorno's utopian thinking – rather than dealing with expectations and attributions. "By the end of this performance in the theatre of memory and integration, the stage is set for a recognition of radical diversity, which in reality is much more real than the fantasy of cultural hegemony. The German present is already irreconcilably tangled."

Democracy is not compatible with the "deathly calm" of the peculiarly German and historically conditioned striving for harmony. At this particular moment in time, we must think about how certain neo-racial concepts are reflected in our ideas of belonging. 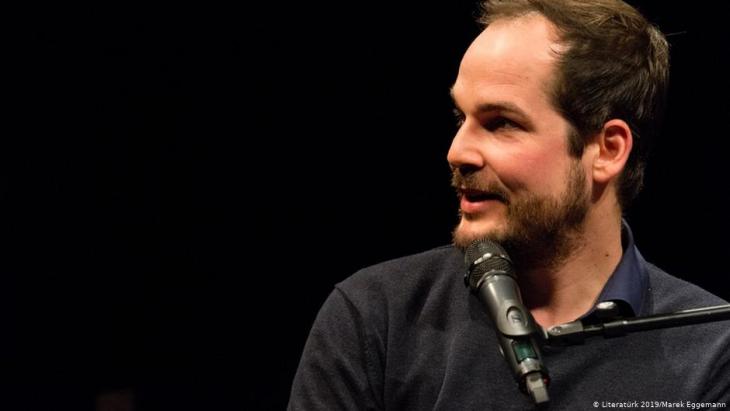 Our ideas of belonging reflect neo-racial concepts: "from the example of Halle we can draw the conclusion that not only do we need a safe society, but a different one," says Max Czollek, anti-Semitism researcher and poet. Radical diversity must become the basis

"One can also draw the conclusion from the example of Halle that we not only need a safe society, but a different one," says the anti-Semitism researcher and poet. Radical diversity must become the basis of society.

"At school you learn that foreigners suck"

The blog author Nadia Shehadeh, born in 1980 in Gutersloh, whose Palestinian father comes from the West Bank, tells of her experiences as a child. "Before I internalised the racism to which I was exposed, I merely felt confused." She thought her parents must have made a mistake, writing her name not with a "sch" but only "sh", indeed she felt ashamed when she began learning to write.

When the teachers asked where she came from, she thought her helplessness was a lack of geographical knowledge. "At school you learn that there are foreigners – and foreigners suck." Shehadeh has now been writing for almost ten years about issues – such as racism – that exercise her. 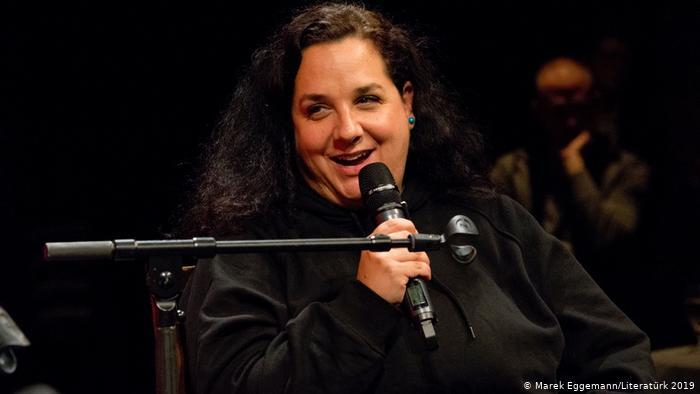 When the teachers asked where she came from, blog author Nadia Shehadeh, born in 1980 in Gutersloh, thought her helplessness was a lack of geographical knowledge. "At school you learn that there are foreigners – and foreigners suck"

She works full-time as an educational consultant for the city of Bielefeld. In her humorous essay "Gefaehrlich" ("Dangerous") about "international power socket food" (meaning fried or roasted pig snouts), she describes the actually not so funny "free indifference training towards micro-aggression" to which she has been exposed all her life.

Home
Print
Newsletter
More on this topic
Interview with the sociologist Armin Nassehi: The token politics of "Heimat"Germanyʹs integration debate: "Your homeland is our nightmare"Interview with German Turkish author Deniz Utlu: Beyond a binary identity
Related Topics
Dialogue of Cultures | Intercultural Dialogue, Immigration, Integration in Germany, Islam in Europe, Islam in Germany, Migration, Migration in Germany, Muslims in the West, Policy on refugees and migration
All Topics

Nouara may be 65, but she is ready to join thousands of others who burn their ID and pay traffickers for the chance of a new life in Europe. Zineb Bettayeb reports END_OF_DOCUMENT_TOKEN_TO_BE_REPLACED

Education for girls and women is still possible in Afghanistan, says Reinhard Eroes of the Kinderhilfe Afghanistan initiative. In interview with Elisa Rheinheimer, he talks about ... END_OF_DOCUMENT_TOKEN_TO_BE_REPLACED

Locals in the Middle East have said European critics are showing bias and hypocrisy when they condemn Qatar. Observers agree that Qatar has had to deal with more criticism than ... END_OF_DOCUMENT_TOKEN_TO_BE_REPLACED

In Doha, Arabs from Morocco, Tunisia, Egypt and Algeria are gathering to celebrate the first ever FIFA World Cup to be held on Arab soil. The criticism from Europe? Over the top, ... END_OF_DOCUMENT_TOKEN_TO_BE_REPLACED

Canan Topcu came from Turkey to Germany as a child. In her essay, she describes how bothered she was by the racism she encountered in her country of origin when she travelled ... END_OF_DOCUMENT_TOKEN_TO_BE_REPLACED
Author:
Sabine Peschel
Date:
Mail:
Send via mail

END_OF_DOCUMENT_TOKEN_TO_BE_REPLACED
Social media
and networks
Subscribe to our
newsletter