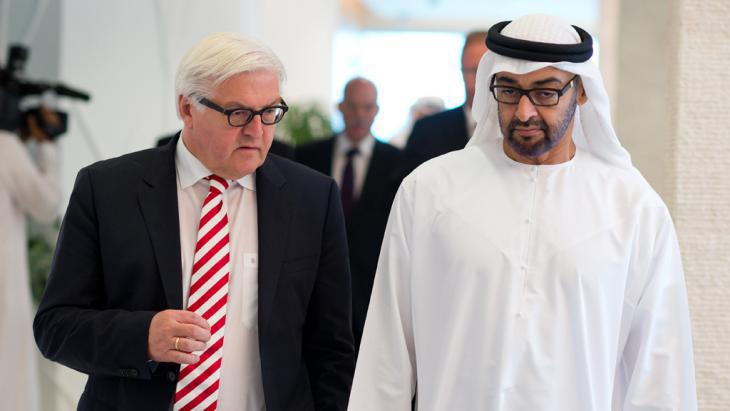 Violent conflicts are spreading throughout the Middle East. The German government is extending a hand to the Egyptian president, siding with Saudi Arabia in the Yemen conflict and delivering weapons to the Peshmerga. But there is criticism from the opposition and scepticism within the ruling coalition. By Bettina Marx

Egyptian President Abdul Fattah al-Sisi has been in office for almost a year. He is soon due to visit Germany for a state visit. In March, German Economy Minister Sigmar Gabriel extended an invitation on behalf of Chancellor Angela Merkel. This marked a departure from the government's earlier position that parliamentary elections in Egypt were a precondition for an official state visit by the president.

The Egyptian parliament was dissolved by the Constitutional Court in 2012, and it is not yet clear when the next election will take place. In Berlin, questions are being raised about whether this change of heart represents a shift in Germany's policy towards Egypt.

A visit by Volker Kauder, chairman of Merkel's parliamentary party, to Cairo before Easter seemed to confirm that this shift has indeed taken place. Kauder met with Sisi for talks, which he said were, among other things, about economic interests. "The Egyptian government hopes to attract more German investment in the near future," he said, adding that politicians have a duty to support such efforts.

Criticism from the German opposition

Kauder's Middle East trip met with criticism in Berlin. The Left Party said both his and Gabriel's visits to Egypt were in poor taste. Left Party MP Christine Buchholz said the German government was putting business interests before human rights.

Omid Nouripour, foreign policy expert for the Greens, has demanded that the Chancellor explain the policy shift. If she is willing to waive a commitment to parliamentary elections as a prerequisite for Sisi's state visit, he said, then there is no incentive for the Egyptian president to hold democratic elections. Nouripour added that he has nothing against direct dialogue with Sisi; it just depends on what Germany has to say to him. 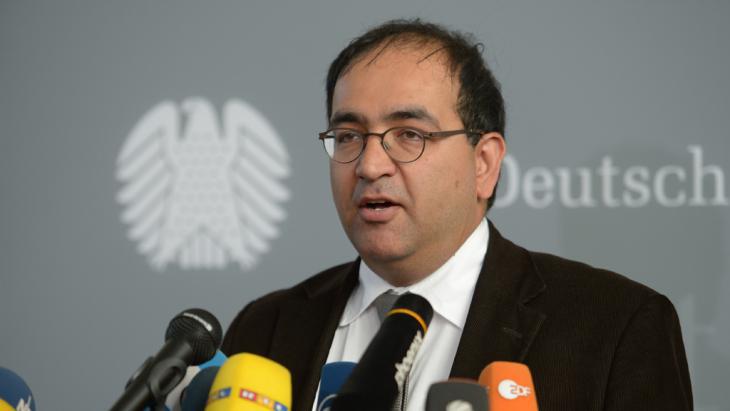 Omid Nouripour, foreign policy expert for the Greens in Germany, says that Germany should attach conditions to its co-operation with Cairo, including "assurances that a multi-party system can develop, that there will be no suppression of the media, that censorship will finally end and that political prisoners will at last be released"

Nouripour went on to say that Germany should attach conditions to its co-operation with Cairo. "These conditions should include assurances that a multi-party system can develop, that there will be no suppression of the media, that censorship will finally end and that political prisoners will at last be released," he said.

Rolf Mutzenich, Middle East expert for the Social Democrats (SPD), which is part of the coalition government, expressed understanding for Kauder's visit to the Egyptian capital, saying Kauder had long been concerned about the situation for Christians in Egypt – a concern that he, Mr Mutzenich, shares. Despite this, he said, it would have only been correct to invite Sisi to Berlin after Egypt had held democratic elections.

"We would do well not to repeat the mistakes of the past, when we only looked for anchors of stability in the region. That cost us a lot of credibility in the past," said Mutzenich. He said Germany should require Sisi to uphold human rights and suggested that the Egyptian leader could send a positive signal by pardoning demonstrators who have been unjustly sentenced.

Nouripour was also critical of the German government's Middle East policy with regard to the escalating conflict in Yemen. He said it was "absurd" for Germany to be siding with Saudi Arabia in the conflict: Yemen is a complex country with a host of problems that cannot be solved with military intervention from outsiders, he said, adding that by siding with Saudi Arabia, Germany is forfeiting an opportunity to act as a mediator, a role that might have been on the agenda given Berlin's many years of close co-operation with Sanaa on development projects.

The Foreign Ministry has referred to Saudi airstrikes on Houthi militia targets in Yemen as legitimate. The government of Yemen turned to the international community with an "extremely threatening situation," said ministry spokesman Martin Schafer. "According to international law, that is a legitimate response to a request for help by a democratically elected head of state." 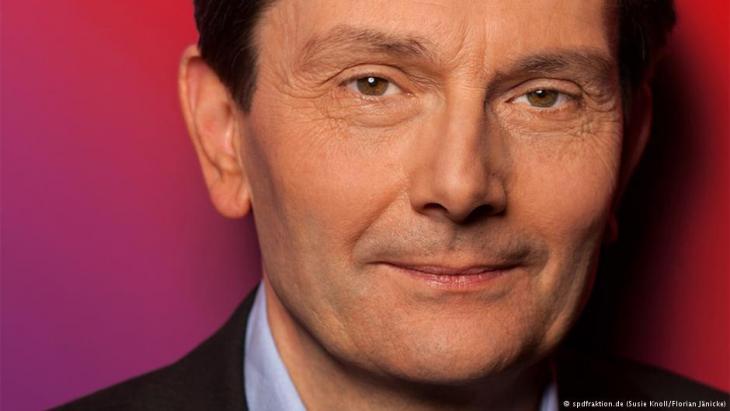 Rolf Mutzenich, Middle East expert for the Social Democrats (SPD), which is a member of the ruling coalition, says that Saudi Arabia has itself contributed to the chaos in neighbouring Yemen and points to the fact that the conflict in Yemen is not first and foremost a proxy war between Riyadh and Tehran, but rather a domestic Yemeni dispute that has grown into a situation approximating civil war

But Mutzenich contends that Saudi Arabia has itself contributed to the chaos in neighbouring Yemen. It sees the Shia Houthis as Iranian agents that it must fight in order to reject Iran's claim to hegemony. But, points out Mutzenich, the conflict in Yemen is not first and foremost a proxy war between Riyadh and Tehran, but rather a domestic Yemeni dispute that has grown into a situation approximating civil war. "Yemen has a very complex make-up with a very long history," said Mutzenich.

The situation in Iraq is equally complicated. According to Nouripour, the German government has not helped to achieve stability. Instead, he said, Germany has supplied weapons to the Peshmerga in order to assist the Kurdish fighters in their struggle to counteract the advance of Islamic State (IS). Now, however, these weapons are being used by the Peshmerga to drive the Sunnis out of Kirkuk.

"The message to the Sunnis is: we don't want you. It's terrible, fatal," said Nouripour. Iraq will only be stable enough to deal with the threat from Islamic State militants when the Sunnis are integrated into the Shia-dominated power structures.

Mutzenich admits to being confounded about how Iraq should best be helped to stop the terrorists and end the civil war. He said that he was sceptical on the issue of weapons shipments to the Peshmerga. After all, he said, the Yazidis who were under threat were not rescued by the Peshmerga, but by fighters from the banned Kurdish Worker's Party, the PKK, and their allies in Syria. For now, Mutzenich has no answer as to how best to fight Islamic State.

In Doha, Arabs from Morocco, Tunisia, Egypt and Algeria are gathering to celebrate the first ever FIFA World Cup to be held on Arab soil. The criticism from Europe? Over the top, ... END_OF_DOCUMENT_TOKEN_TO_BE_REPLACED

November 2022 sees the Arab world firmly in the spotlight with the COP27 in Egypt and the FIFA World Cup in Qatar. Public trust in MENA governments is weak, thanks to their ... END_OF_DOCUMENT_TOKEN_TO_BE_REPLACED

Palme d’Or winner "Boy from Heaven" is a classic crossover film in which cultural elements are mixed together in haphazard and random fashion. Shady Lewis Botros bemoans the ... END_OF_DOCUMENT_TOKEN_TO_BE_REPLACED

COP27 in Sharm el-Sheikh is turning into a PR disaster for Egypt’s military regime. Instead of praise for the host, the news is full of solidarity for imprisoned activist Alaa ... END_OF_DOCUMENT_TOKEN_TO_BE_REPLACED

END_OF_DOCUMENT_TOKEN_TO_BE_REPLACED
Social media
and networks
Subscribe to our
newsletter