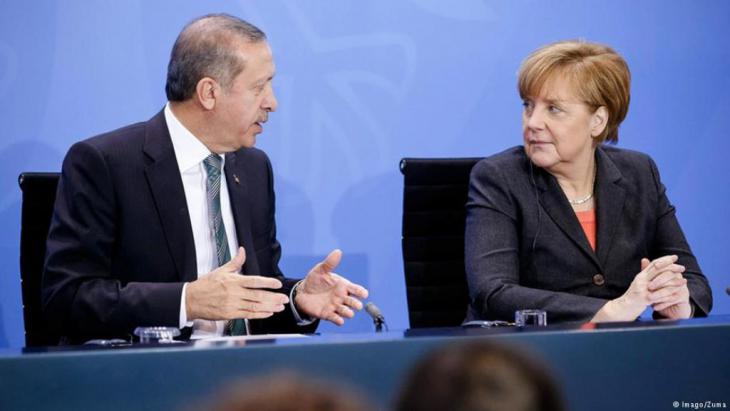 Erdogan – the expert on democracy

In likening present-day Germany to the Nazi era, Recep Tayyip Erdogan demonstrates that his ignorance of Germany is on a par with his ignorance of Nazism. As the Lebanese journalist Hazem Saghieh writes, it is a glaring example of the illiteracy that is prevalent among politicians in the Middle East

While Recep Tayyip Erdogan was taking a break from suppressing political life in his country, he saw fit to criticise the German authorities sharply for restricting rallies by Turkish expatriates. The Turkish president likened the German measures to Nazism.

Not only is the modern German state as remote from Nazism as the earth is from the moon, it is also the bastion of liberal democracy in Europe and the world. The liberalism of both ″electoral″ democrats and liberal democrats may be on the retreat, but Germany is not. That's why this country, which has taken in more than a million refugees, looks like a fortress under siege.

To the east, on top of the traditionally anti-German sentiments of the Poles and the Hungarians, nationalist populism is on the rise. Further to the east lurks Vladimir Putin, resentful of Chancellor Angela Merkel because of her firm position on Ukraine. Through hacking, funding and other methods, he could interfere in the coming German elections in the same way as he interfered in the last US elections. 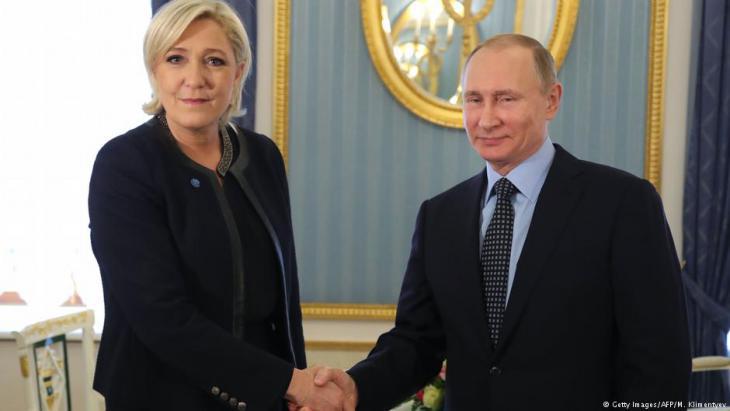 Against liberal democracy: while Vladimir Putin seeks revenge for Merkel′s uncompromising stance over the Ukraine, lending his support to anti-democratic movements in Germany, French presidential candidate Marine Le Pen dreams of taking France out of the EU. Were this to occur, Germany would be the last bastion of Europe, writes Hazem Saghieh

To the south the Greeks and the Italians have their own grievances against Germany, which is accused of standing behind the economic crises in the two countries. To the west, post-Brexit Britain will not be as it once was and hence the European project that Germany sponsors will lose its old equilibrium.

In the immediate neighbourhood there's troublemaking against Merkel's Germany by the Dutch populists and the Austrian populists, both in the name of a Freedom Party. In the American far west Barack Obama, a staunch admirer of Angela Merkel, has been replaced by Donald Trump, who has made no secret of his irritation with the chancellor.

This siege scenario suggests that France alone will be the deciding element. If Marine Le Pen wins the coming presidential elections, the siege will have succeeded in bringing Germany down – in other words, nationalist populists will have managed to crush liberal democracy and hence to crush the whole European project. Germany today is holding out in the expectation that France will come to its aid.

Less than a decade after the October Revolution in Russia, Joseph Stalin developed the theory of ″socialism in one country″ in response to the Trotskyite theory of ″permanent revolution″. The defeat of socialist revolutions in Europe strengthened Stalin's case and his conclusion, in theory and in practice, was that the Soviet Union had to consolidate its power and keep itself apart to protect itself from external blockade. He drew society down into a trench and built a steel wall around it. 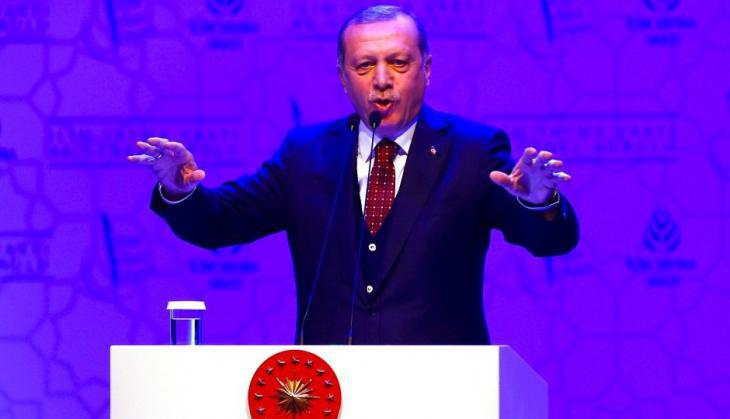 Absurd allegations levied at European politicians: relations between Germany and Turkey have been strained for months. The Turkish President Recep Tayyip Erdogan and other members of his government accused Berlin of ″Nazi practices″ for cancelling referendum campaign appearances of Turkish ministers in Germany. He went on to accuse Europe of being ″racist″ and ″fascist″

Liberal democracy in one country under Merkel is based on a completely opposite formula: a democracy that is more democratic and more open to the world, in response to protectionist and nationalist impulses. Not just that. Anyone looking for political life that turns around the centre, between left and right, will find it only in Germany.

It's true that the Alternative fur Deutschland (AfD) represents a wide margin that is expanding and that the anxiety it creates is growing, but it is also true that the right, led by Merkel, has preserved its dignity and its institutionalism.

The chancellor′s CDU has not been dragged into the populist posturing that the British Conservatives were dragged into when they held the Brexit referendum to keep up with UKIP, the US Republicans when they joined up with Trump, or the Gaullists in France when they borrowed some of the slogans of the Front National – in the deluded belief that this would cut their rivals off at the pass.

Daring to be democratic

The democratic socialist left in Germany has not responded with the populism of British Labour Party leader Jeremy Corbyn or Benoit Hamon and Jean-Luc Melenchon in France. Instead it has clung to the democratic socialist tradition. Its new leader, Martin Schulz, former president of the European Parliament, could potentially restore his party to the prominence it has lost since 2002.

His aim is to address the labour environment economically and rationally, while critically reconsidering the policies of Gerhard Schroder and the 2010 agenda, which effectively merged democratic socialism with neoliberalism. Schulz is gambling on limiting the AfD's influence over the victims of globalisation and is hoping to bring back the faction that split away with Oscar Lafontaine in 2005 to become the Left party.

With Merkel and Schulz politics and tradition are being restored. Only in Germany are the terms ″right″ and ″left″ fighting to preserve their meaning. But who will convince Mr Erdogan, the sworn expert in democracy?

Hazem Saghieh is a political analyst and commentator for the Middle East ″Al Hayat″.

Germany's foreign policy is explicitly values-based. But what happens, Ralf Bosen asks, when democracy, the rule of law and human rights collide with the logic of trade and ... END_OF_DOCUMENT_TOKEN_TO_BE_REPLACED

Germany’s electorate includes some 7.4 million citizens with international roots, while many more millions of residents from abroad aren’t allowed to vote. Both groups are often ... END_OF_DOCUMENT_TOKEN_TO_BE_REPLACED

No other Western poet was arguably so well-versed in the Koran or so fascinated by Islam as Germany's national hero, Goethe. In a new publication that examines all Goethe's ... END_OF_DOCUMENT_TOKEN_TO_BE_REPLACED

Migrants are often maligned as being responsible for Europe's problems. Yet their integration is in Europe's interest. Michael Thaidigsmann believes that a long-term vision is ... END_OF_DOCUMENT_TOKEN_TO_BE_REPLACED

How could the Afghan government and its institutions collapse so quickly? That things were going wrong in Afghanistan had been obvious for a long time, yet the West preferred to ... END_OF_DOCUMENT_TOKEN_TO_BE_REPLACED

Shida Bazyar's new novel is the literary surprise of the year. It tackles the pressing issues of our time, and yet it is timeless. This is a story of friendship, marginalisation ... END_OF_DOCUMENT_TOKEN_TO_BE_REPLACED
Author:
Hazem Saghieh
Date:
Mail:
Send via mail

END_OF_DOCUMENT_TOKEN_TO_BE_REPLACED
Social media
and networks
Subscribe to our
newsletter