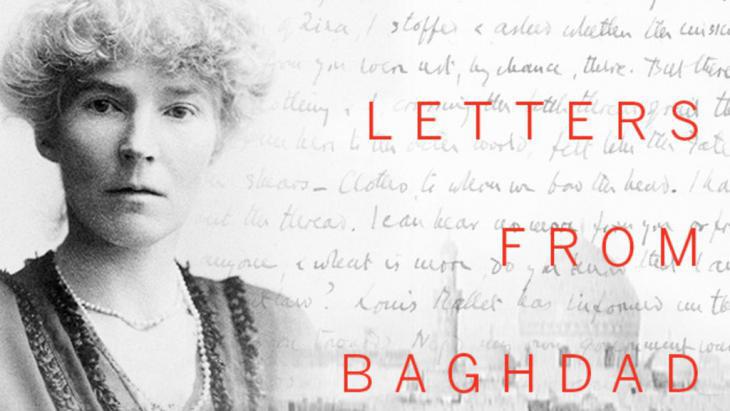 Escape from the Tight Corset of the Modern Age

Gertrude Bell was one of the few women that in the 19th century travelled the Orient. In trying to escape rigid Victorian conventions, she ended up as an agent for the British Secret Service and as personal advisor to Iraq's King Faisal I. By Andreas Pflitsch

​​The "earthy, wild Arabs" of the desert were a particular source of fascination for this British woman. She recognized the corrupting influence of the West in the ways of modern city-dwellers – an unhealthy decadence in opposition to nature. European modernism, with side-effects she considered irritating, was, in the end, a significant force behind Gertrude Bell's desire to travel to the Orient.

Bell was born into one of England's wealthiest industrial families in 1868. Her grandfather had attained enormous riches as a coal mine owner and iron manufacturer. Thanks to the openness of her father, she received an education that was by no means a matter of course for young women of her time. She completed her studies in history at Oxford in 1888 with honors.

Although Bell saw herself as an educated traveler, she, too, was unable to free herself from stereotypes of the Orient prevalent at the time

In 1892, Gertrude Bell embarked on her first journey to the Orient. Whereas in the 18th century, world travelers were subject to great personal dangers and enormous physical and financial stresses, by the end of the 19th century, regular steamer routes between Europe and the eastern Mediterranean and the earliest railroads made traveling easier.

Thomas Cook had opened the first travel agency in England in 1845, while the Karl Baedeker publishing company, a publisher of travel handbooks founded in Koblenz, Germany in 1827, supplied the necessary practical information.

Bell's journey was to some degree an escape from the societal strictness of Victorian England. The trip led her from Paris, Munich and Vienna to Constantinople, then further via Georgia to Persia.

"If only these conventions didn't exist," she remarked in her travelogue, which was published in London in 1894, "then one would often be sitting next to a person made of flesh and blood, rather than merely someone in tails!" She hoped to find unspoiled people of flesh and blood in the Orient, which at this point had not (yet) been squeezed into the tight corset of the Modern Age.

Looking for comfort and luxury abroad

Although she so longed for the supposed simplicity of Oriental life, she did not seek to make it her own, however: included in her large travel entourage were three cooks, twenty servants and an entire caravan of mules. At the same time, she mocked the ignorance of fellow travelers.

"Some people," she complained of the early forms of tourism, "scour the entire world for nothing more than the best hotels; they will enthusiastically speak of having recently visited Russia, but when you ask for details, you shall find that they have nothing more to report than that their stay in Moscow was truly just as comfortable as home, or even more luxurious, since the hotel restaurant served three different kinds of wild game."

Bell saw the Orient as a dream world, a fascinating enigma like the one she had come to know as a child through the Tales from the Arabian Nights. "The East," she gushed, "is full of mystery" and "enchanting surprises." The Orient's exotic nature was something that should be preserved.

Théophile Gautier had already expressed his fear that the "picturesque barbarity" could be "destroyed by our vapid civilization." When Bell encounters an Indian Prince in Persia, she reacts in suitably uncertain fashion to his lack of mystery and is extremely disappointed by his passable English: "Somehow it destroys the local color of the scene."

But despite this partial demystification, Bell's first journey to the Orient was not her last. Soon thereafter, she explored Palestine, then Lebanon and Syria. "It is impossible to part with the Orient once you advanced so deeply into it," she wrote to her father.

Working for the British Secret Service

An archaeologist she met in Paris sparked an interest in science, and in the following years she published numerous archaeological books and essays for which she was acknowledged in the field. During the First World War, she worked for the British Secret Service, initially in Cairo and later in Baghdad and Basra.

While in Iraq, she supported the Hashemite Faisal's designs on the throne; after he became King in 1921, she became his advisor. At the same time she founded the National Museum in Baghdad. Perhaps her hard work, versatility and restlessness were merely different sides of her longing to escape. In July of 1926, shortly before her 58th birthday, Gertrude Bell died in Baghdad from an overdose of sleeping tablets.

Translation from German by Mark 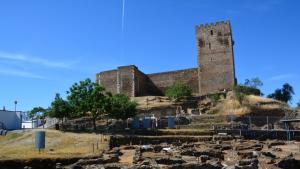 Archaeologists in Mertola have spent the last 40 years looking for traces of Portugalʹs Islamic past. What they found shows that Islam is not alien to Europe and has in fact ... END_OF_DOCUMENT_TOKEN_TO_BE_REPLACED 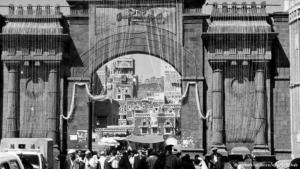 Often steeped in prejudice and fed by ignorance, travelogues penned by Europeans travelling to the Middle East between the fifteenth and twentieth centuries nevertheless remain ... END_OF_DOCUMENT_TOKEN_TO_BE_REPLACED 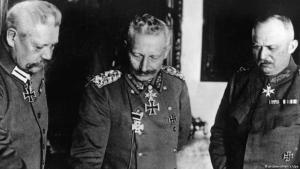 During the First World War, the German Empire allegedly attempted to incite Muslims to engage in a holy war against Russia and Great Britain. This common cliche is also often used ... END_OF_DOCUMENT_TOKEN_TO_BE_REPLACED

Any journey to southern Spain, to Al-Andalus, is akin to the start of a dream that finds its beguiling continuation beyond the Pillars of Hercules, in the Andalusian cities of ... END_OF_DOCUMENT_TOKEN_TO_BE_REPLACED 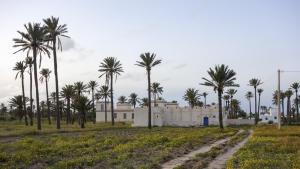 Off the beaten tourist track

Demand for the classic Tunisian beach package holiday has slumped as a result of unrest in the wake of the Arab Spring and direct attacks on foreign tourists in recent years. ... END_OF_DOCUMENT_TOKEN_TO_BE_REPLACED 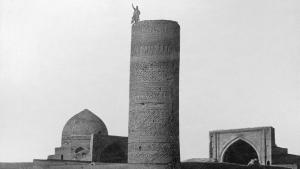 Into the heart of Shia

Shia Islam is largely unknown to many people in the West. But pictures by the German photographer Hans Georg Berger taken in the centres of Shia Islam afford an unusually deep ... END_OF_DOCUMENT_TOKEN_TO_BE_REPLACED
Date:
Mail:
Send via mail