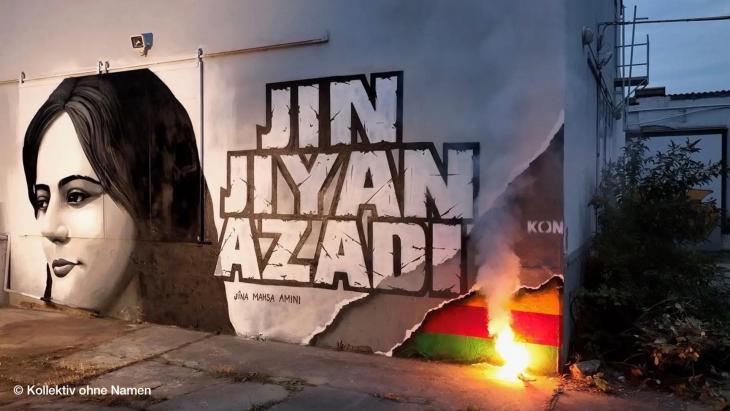 The current uprisings in Iran following the death in police custody of Mahsa Jhina Amini, a young Kurdish woman, carry strong implications for states that have adopted a “feminist foreign policy” (FFP).

The ongoing protests in Iran allow such states as Germany to showcase the potential of their FFP by responding to the violation of women’s and other marginalised groups’ rights happening right now.

The intersectional and inclusive viewpoint within the feminist scholarship must be indivisible from feminist foreign policy-making. Those states who have adopted an FFP must establish clear-cut and practical measures to distinguish it from current foreign policy approaches.

Iranian women are at the epicentre of the current uprisings in Iran. However, the protests are intersectional and have mobilised a wide spectrum of marginalised groups. An FFP should showcase the voices of the latter and propose sound measures to defend their rights. In this vein, the political agency and demands of women and other marginalised groups in Iran must be clearly acknowledged and prioritised.

The standpoint of Iranians and women should be inseparable from all measures taken against the Islamic Republic of Iran. Therefore, modes of engagement with the latter should not be restricted to the country’s nuclear programme if “security” is conceived of from a feminist viewpoint. Any compromise over the nuclear negotiations with Iran that has as its trade-off the continuation of human rights’ violations shall not be made under a sound FFP.

Alternative measures should be taken in response to the brutal crackdown on the Iranian people by their government. Intersectional media outreach, sanctions targeting the political establishment, forming a diverse advisory team, and including gender in the collection as well as analysis of information are among such desirable measures. Supporting Iranian protesters and feminist networks on the ground and incorporating their standpoint should be the primary mode of engagement used.

Home
Print
Newsletter
More on this topic
How feminist are the protests in Iran? The struggle for self-determination Iranian lawyer appeals for solidarity: "Iranian women need the world's help"Protests in Iran: Murderous repression by a desperate regime
Related Topics
All Topics
Date:
Mail:
Send via mail

END_OF_DOCUMENT_TOKEN_TO_BE_REPLACED
Social media
and networks
Subscribe to our
newsletter