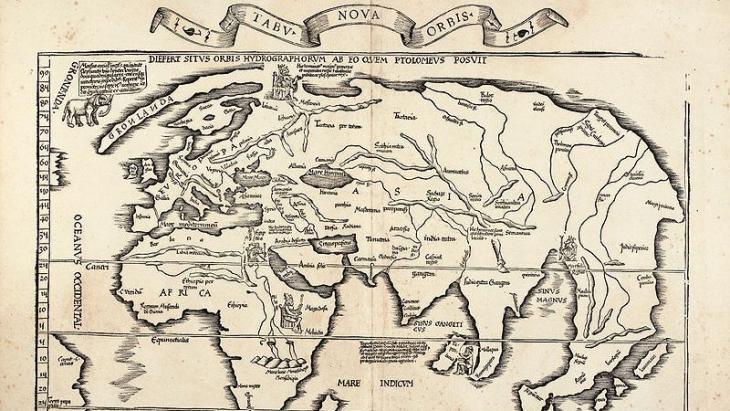 Global history
Playing with the relativity of perspectives

A new six-volume work entitled "A History of the World" is the high point of a historiographical boom in the discipline known as "global history". The project attempts to overcome the eurocentrism of traditional writings of history. By Andreas Pflitsch

One of the central paradoxes of globalisation is that the world appears to have become both clearer and more complex at the same time. Processes of everyday cultural homogenisation go hand in hand with those of an inexorably advancing differentiation. Around the world, the same pop culture prevails, the subtle ramifications of which can only be appreciated by specialists.

We encounter the same brands worldwide, but the range of products they offer is getting broader and broader. At the same time, technology has accelerated media and communication to such a dramatic extent that world events are being processed, communicated and commented upon in real time. Now, the entire world appears to be tangible all the time and everywhere.

It is not surprising, therefore, that an academic discipline such as the study of history does not remain unaffected by such developments and that attempts are now being made to scrutinise or tell in a new and different way its tales of the emergence and actions of peoples and nations, stories that have become classics over time. The six-volume work "A History of the World" by Jürgen Osterhammel and Akira Iriye is a joint publication of Harvard University Press and C.H. Beck and a provisional high point in the boom of what is often referred to as "global history". This boom has been ongoing for several years now.

The traditional aim of writing history is to provide an overview and to be complete. This too is the aim of "A History of the World" – a fact that is reflected in the wholly immodest title of this series – which seeks to consider the world's past from Antiquity right through to the contemporary age. That being said, the editors are less concerned with providing a complete history of world events, focussing more on common structures and superordinated processes. Although this approach enables them to gain control of the sheer mass of material, it does render their work rather abstract. 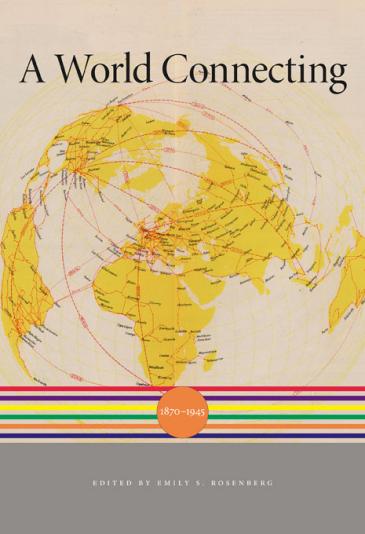 According to Harvard University Press, which published the series with C.H. Beck, "A History of the World" traces the "evolution of global society from prehistoric times to the present", offering "an exciting challenge to traditional understandings of familiar events and eras"

No meta-theory of history

Moreover, the teleology of classical history writing, which views everything as leading up to Western modernism, is at least watered down. Individual subject areas are examined with without fear of omission and without claiming any overriding link.

Emily S. Rosenberg is similarly unassuming in her introduction to the fifth volume, "World Connecting: 1870–1945". The work, she says, does not provide a "meta-theory of history", but instead underlines the irregularity of change, which occurs within a process of exchange of relationality and is not driven by one-dimensional, overarching factors.

Global history presents itself as a deliberate alternative to what are widely regarded as the great narratives of classical historiography and against eurocentrism. In his introduction to this particular field of research in his book "Globalgeschichte. Eine Einführung" (Global history. An introduction), Berlin historian Sebastian Conrad underlines the emancipatory character of this kind of historiography.

Conrad feels that this could give rise to cosmopolitanism, just as national history has produced the modern citizen. Iriye also displays a similar sense of ministry when he argues, albeit rather solemnly, in favour of fighting against the still influential mono-nationalistic attitude as a way of leaving a valuable gift behind for the generations inheriting the earth and facing the task of further trans-nationalising the world. It is at this point that one wonders whether such a programmatic engaging of the study of history can still do justice to its claim to objectivity.

Another question that arises is whether with all the efforts to include the entire world properly in the historic narrative, some cultures and regions may not be being overlooked. If it is no longer the crowned heads of European powers who determine world events, but rather abstract powers such as structural changes that occur as if by magic, no answer is provided to the question as to the defining power of what makes history. In other words: concepts and processes such as the "commodification of the rural area", to select one random example from the fifth volume of "A History of the World", will generate questions about the eurocentric origin of the terminology used. Moreover, the focus of the research continues to follow the traditional pattern of centre and periphery.

When Akira Iriye, editor of the sixth volume, "Global Interdependence: The World After 1945", writes that the nations and peoples in non-Western parts of the world did not simply integrate themselves into a Western influenced world, but made history themselves, his formulation simultaneously questions and cements the special status of the West. 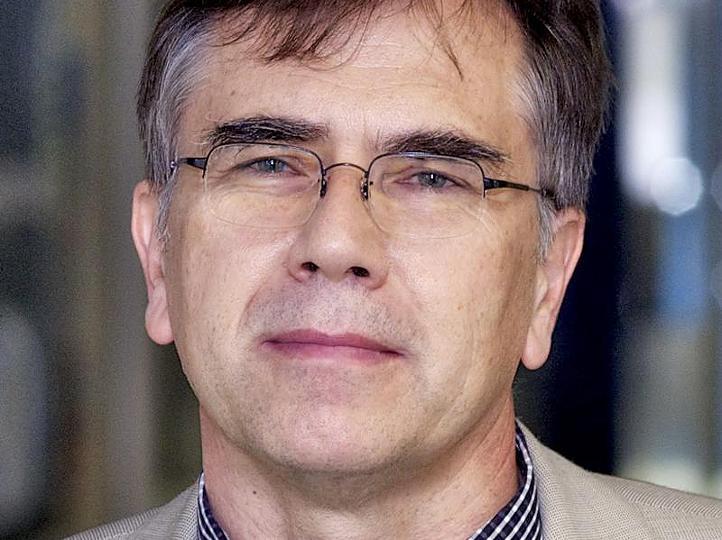 As far as editor Jürgen Osterhammel is concerned, world history wants to overcome eurocentrism as much as any other kind of naïve cultural self-centredness and achieve this by deliberately playing with the relativity of perspectives

The benchmark and vanishing point of the exposition is and remains Europe, including its overseas offshoots. This remains the location of the norm. The fact that global digressions from this norm are now no longer automatically presented as indicative of an inferior cultural and political developmental status, is a definite step forward.

However, the fact that all concepts and terms are derived from the European tradition shows that ultimately, one cannot get away from eurocentrism. This reveals a fundamental dilemma facing global history in its attempt to overcome eurocentrism: there is clearly no escape from the fact that both the concept of eurocentrism and the criticism of this approach are in themselves European concepts.

When Rosenberg says that the study of history has taken its leave of eurocentrism and adopted a multi-centric, integrated perspective, it ushers in an optimism bordering on the naïve. In the introduction to his global history bestseller "The Transformation of the World: A Global History of the Nineteenth Century", Jürgen Osterhammel's words on the subject are more modest. As far as Osterhammel is concerned, world history wants to overcome eurocentrism as much as any other kind of naïve cultural self-centredness and achieve this by deliberately playing with the relativity of perspectives. Not that his statement is in any way making the case for a post-modern "anything goes"; on the contrary, he still regards the classical narratives as "legitimate": as far as he is concerned, the post-modern criticism of these has not rendered them obsolete, but more consciously narratable.

The relativity of perspectives

It cannot, therefore, be about denying the underlying premises of one's own research. Instead, the focus should be on raising awareness of them. It is only when one confronts one's own premises with those of other worldviews and cultures, that one discovers the "relativity of perspectives" as called for by Osterhammel. This is both possible and essential for both the science of history and regional disciplines such as those that focus on the Orient.

As a result of the fact that it is, in principle, open to other perspectives, global history constitutes a rapprochement from one side; just as the heightened methodological sensitivity of Oriental Studies, which used to be rather abstinent in its theories – a change that has been verifiable for some time now – constitutes a rapprochement to the general study of history.

The global-historical view of the whole can only benefit from interaction and exchange with those who concern themselves with the subtle differences of the specific. Similarly, specialists also have much to gain from the overview and the questions posed by global historians.

Home
Print
Newsletter
More on this topic
Global World War Research and the Middle East: "World History Is Historiography against the Grain"Tamim Ansary: "Destiny Disrupted": World History from an Islamic PerspectiveEdward Said's "Orientalism": The Orient beyond Cliché
Related Topics
Globalisation, History of Islam, History of the Near and Middle East, Middle Eastern studies, Orientalism
All Topics

Just as the Islamic Revolution fundamentally changed Iran 43 years ago and had an impact far beyond the country's borders, the current wave of protests sweeping the country is set ... END_OF_DOCUMENT_TOKEN_TO_BE_REPLACED

Unflattering terms were used at a German Football Association human rights congress aimed at "intensifying the discussion" ahead of the World Cup. One speaker in particular made ... END_OF_DOCUMENT_TOKEN_TO_BE_REPLACED

While the ongoing legal dispute between Qatar Airways and European aircraft manufacturer Airbus has sent shockwaves across the entire global aviation sector, it may also threaten ... END_OF_DOCUMENT_TOKEN_TO_BE_REPLACED

Like Christianity, Europe's history is one of migration. Both have strong roots in the Orient and in cultures thousands of years old. Cultural historian Bernhard Braun invites us ... END_OF_DOCUMENT_TOKEN_TO_BE_REPLACED
Author:
Andreas Pflitsch
Date:
Mail:
Send via mail

END_OF_DOCUMENT_TOKEN_TO_BE_REPLACED
Social media
and networks
Subscribe to our
newsletter