The role of the Middle East and its inhabitants in the two world wars has barely been studied to this day. The Berlin 'Zentrum Moderner Orient' has been attempting to fill these gaps in historical research since 1995. By Sonja Hegasy 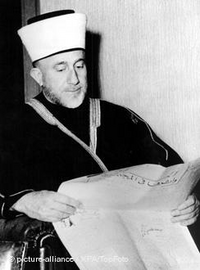 Subject of a significant amount of research: Mohammed Amin al-Husseini, Grand Mufti of Jerusalem from 1921 to 1948. Al-Husseini asked Adolf Hitler to oppose the establishment of a Jewish national home in Palestine

​​2009 saw the 70th anniversary of the outbreak of World War II. Yet there are still unmapped areas in the research on voluntary and enforced collaboration with German Nazis all around the world. And victims of Nazi terror outside of Europe are only recalled on the very margins of historical discourse, with the subject still absolutely ignored in German schools.

Since the foundation of Berlin's Zentrum Moderner Orient (ZMO) in 1995, the institute has initiated numerous research projects on collaborators, involuntary recruits and victims outside of Europe, not only in World War II but also in the previous war. This work has focused on people and ideas – including ideologies – that migrated between the regions of the world and naturally altered as they did so.

"World history is historiography against the grain," says the historian Jürgen Kocka. He points out a younger generation of historians with an interest in transnational research approaches.

Open historical questions cannot be tackled from a national perspective only. From the Middle Eastern or Indian point of view, for example, racial policy was not necessarily the crucial aspect for their position on Hitler's regime in the 1930s. For many protagonists, the search for allies against British and French colonialism was the key motivation.

A number of ZMO studies have now looked into contemporary Arab reactions to National Socialism, using archive material, memoirs, private documents, newspapers and magazines. On the subject of 1930s Egypt, the work of the historian Israel Gershoni from Tel Aviv University is outstanding, including his just-published book Confronting Fascism in Egypt: Dictatorship versus Democracy in the 1930s.

​​ A particularly prominent figure in this area was the Mufti of Jerusalem, Mohammed Amin al-Husseini, a Nazi collaborator who has been the subject of a significant amount of research. The Middle Eastern historian Gerhard Höpp, who died in 2003, lists some 140 studies on the mufti from the mid-1960s to the end of the 1990s in an overview.

Höpp himself was the editor of an important collection of source material at the ZMO, including the mufti's National Socialist speeches and his correspondence with Hitler, Goebbels and other figures. This edition collates widely spread and often inaccessible documents in a single volume.

Hitler enthusiasm in the Arab region

In his foreword, Höpp encouraged Arab historians in particular to use these sources for a thorough investigation of the Mufti of Jerusalem. Source material collections such as these ensure that the co-responsibility of Arab collaborators for Nazi crimes does not get brushed under the carpet. Approval for National Socialism and an abiding enthusiasm for Hitler in the Arab region are a fact in need of further study. 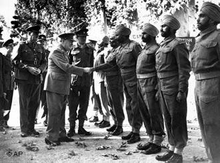 Winston Churchill promised India independence in exchange for support against Hitler's Germany. In the 1930s, however, for many Indian protagonists, the search for allies against British colonialism was the key motivation for their support of Nazi Germany

​​ Was a majority or a minority of the people in the Middle East pro-Hitler until 1945? In view of the huge gaps in the research and documentation on the majority of the population, this is a question that cannot be answered accurately to this day.

Among the few systematic evaluations is the work of Gershoni, who has a paper in German and Arabic in the ZMO volume Blind für die Geschichte? Arabische Begegnungen mit dem Nationalsozialismus (Berlin 2004).

The title "Blind to history? Arab encounters with National Socialism" is intended not to play down, but to include the breadth of experiences on the part of Arab people, from fanatical accomplices to concentration camp prisoners from British and French colonies and mandated territories. Both sides of the scale existed, as research has shown.

Against Hitler in the hope of liberation

In his dissertation published in 2007, Zwischen Achse und Mandatsmacht. Palästina und der Nationalsozialismus (Between Axis and Mandate Government. Palestine and National Socialism), the historian René Wildangel gives an in-depth analysis of the anti-Semitic position taken by the "Grand Mufti of Jerusalem". Yet several of his contemporaries in Palestine fought the Germans alongside Britain, which held the mandate for the territory, in the hope of later independence in return. There were many who positioned themselves against National Socialism and fascism for this main reason.

Arab Socialists of the time in particular took a clear stand against Nazi ideology and activities. Mussolini's threat to conquer Ethiopia also prompted sharp criticism of expansionist fascism and its imperialist striving for Lebensraum, not just in Ethiopia but also in other countries in the Near and Middle East. This section of history has also been all but neglected by academic research.

Sympathies for the Germans in Iran

In the most recent issue of ZMO-Studien, the ethnologist Burkhard Ganzer translates and comments an eyewitness report from a young Iranian on German spies in his country. In 1943 a group of German agents stayed in Iran as guests and wards, taken care of by the young Ata Taheri until they were handed over to the British. Sympathies for the Germans were widespread in Iran at the time, as Burkhard Ganzer notes. To date, this particular "encounter" was known mainly from the memoirs of the counter-intelligence officer Major Schulze-Holthus.

One of the central approaches of historiography on a global basis is making complementary sources available, which present the perception on the other side. Where these views are not available, historical research revolves merely around a single national perspective.

The studies written at the ZMO investigate the complex motivations of non-European actors – setting them apart from the one-dimensional studies that are ten a penny in historical research.

Anti-Semitism in the Middle East
Not All Palestinians Were Pro-Nazi, Says German Historian
Historians have typically characterized Palestinians collectively as Hitler-supporters during the Nazi regime. But German researcher René Wildangel objects that they were more concerned with relations with an other European country. Sarah Mersch reports

END_OF_DOCUMENT_TOKEN_TO_BE_REPLACED
Social media
and networks
Subscribe to our
newsletter