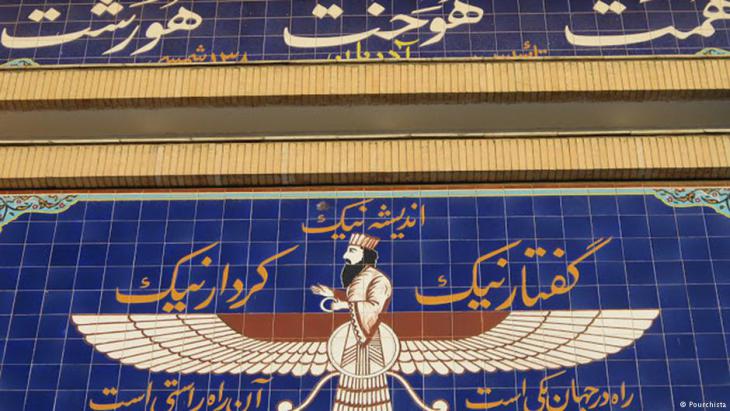 The eternal battle between good and evil

All his life Johann Wolfgang von Goethe felt a strong connection with Persia. Not only did he feel a spiritual affinity with the poet Hafez, he was also inspired and fascinated by the teachings and practices of Zarathustra, who lived in the first millennium before Christ. Melanie Christina Mohr reports

Good and evil and the battle between these two opposites, have existed since time immemorial. Traced in age-old patterns, this cumulative conflict can be found in Augustine’s interpretation of history, the Hegelian dialectic and religious teachings such as Zoroastrianism.

This dualism poured forth from its sources of inspiration and flowed into the veins of the intellectual world: to this day it remains a powerful influence on writers and philosophers. So it is no surprise that Goethe, in his day, studied the teachings and practice of the ancient prophet Zarathustra and that in writing Faust’s cunning opponent, Mephistopheles, he was inspired by Ahriman, the evil spirit of the Avesta, the holy scripture of Zoroastrianism.

However, it is worth taking a look at Zoroastrian sacrifice, which also occurs in Goethe’s semantic fields and to ask whether ultimately, like Aristotle, Voltaire, Nietzsche and Kant, he too was influenced by the driving moral force of Zoroastrian teachings.

Language as a means of intuitive revelation

The prince of poets believed there was an internal and natural necessity inherent in words and their meanings and that the use of linguistic units was closely connected to a poet’s passion. He therefore regarded the construct of language as a means of intuitive revelation. 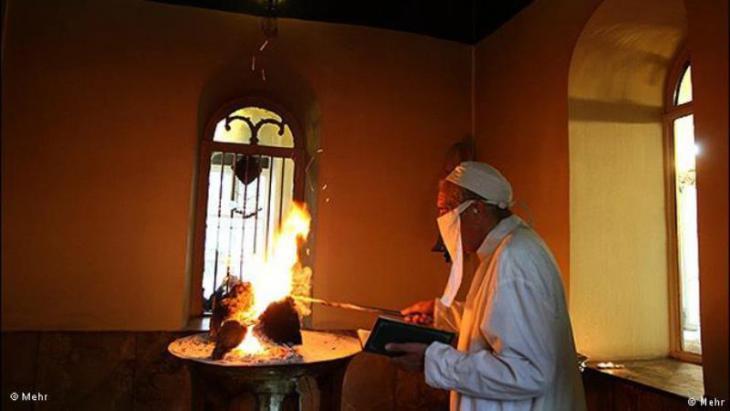 "Who does not know / The Elements so, / Their power sees, / And properties, / Cannot lord it / Over the Spirits": the element of fire has a central role in Zoroastrianism. A pure fire is freshly lit for every act of sacrifice and it then embodies the focus of the event

It is in the light of this understanding that Goethe explains the connection between the religion of the ancient Persians and the subsequent blossoming of the art of poetry in the Orient. Goethe felt it was this that connected meaning and intellect and formed them into a unit. A unit that, like life itself, had thus developed from something original and natural.

The power of the elements

Goethe’s semantic fields of fire, heaven and plants, as encountered, for example, in Faust and the West-East Divan, are also anchored in Zoroastrian teachings; they are in fact crucial elements of it. Thus Goethe has Faust explain: Who does not know / The Elements so, / Their power sees, / And properties, / Cannot lord it / Over the Spirits. The element of fire has a central role in Zoroastrianism. A pure fire is freshly lit for every act of sacrifice and it then embodies the focus of the event. Zoroastrian spiritual tradition differs from antique temple and cult practices in this regard, in that it is not a godlike being but the fire itself that is revered.

Goethe saw this as an exceptionally fortunate coincidence. Persia, the land of poetry, his second poetic home, was predicated not on any old religion but on a religion of nature – ″the religion of the fire worshippers″ – with which he felt sense of kinship.

Goethe saw Zoroastrianism as the ″essence of the Persian nation″. In the ‘Book of the Parsees’ he celebrates fire-worshippers in the diaspora, who could no longer practise Zoroastrianism in safety after the Arab conquest. 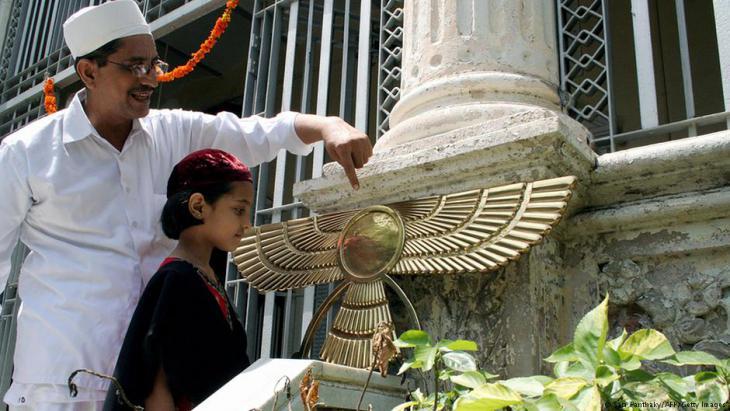 Founded by Zarathustra at the end of the second millennium before Christ, Zoroastrianism reached its peak during the last pre-Islamic dynasty of the Persian Sassanids, before falling into insignificance with the Muslim conquest during the seventh century AD. Following centuries of suppression and the exodus of many Zoroastrians, the number of believers has sunk dramatically in Iran – especially since the 1979 Islamic Revolution. Today it is Mumbai in India that is home to the largest Zoroastrian community

And to wander on beneath his light

Goethe could identify with Zoroastrianism’s vigour and its affirmation of life and thus also with Ahura Mazda, the god of the realm of light, who shines with the brightness of the sun and presides over the doctrine of reason and action, which is linked to diligence, purity and devotion. He even regarded the religion’s founder as a ″reformer of economic living conditions″, Herbert Preisker logically concludes in his essay about ‘Goethe’s attitude to the religions in the East-West Divan’.

In a conversation with Johann Peter Eckermann, Goethe mentions that, in his view, Christ and the sun are to be comprehended as two equally sublime manifestations of God. He continues: ″If I am asked whether it is in my nature to worship the sun, I will say again: most definitely! For it too is a manifestation of the Most High (…)″.

Another central aspect is that Evil is continually juxtaposed with Good. Thus Ahriman, the demonised enemy and opponent of Ahura Mazda, who defies the ″Lord of Wisdom″ and demonstrates the dualism between right and wrong and the aforementioned battle between good and evil, is practically celebrated.

Mephistopheles is the devilish facilitator from the Faust drama who loves to create pitfalls for others and never divulges his true identity. Nonetheless, similar to Ahriman, he too is an element created by God that, for its part, also conveys elements. So is all that you call sin, / Destruction, in short, what you’ve meant / By Evil, is my true element.

But it is not only their diabolical nature that connects these two fiends. They also fulfil a crucial function: without them there would be no dualism, nothing to emphasise the Good. Their unity is thus shaped by their contrariness to the Other.

Like Nietzsche, who expressed this in his poetical-philosophical work Also sprach Zarathustra, Goethe too felt closely connected to the driving moral force of Zoroastrianism – allowing oneself to be guided by Nature and by the goodness in and around mankind.

Home
Print
Newsletter
More on this topic
Zoroastrians in Iran: In declineGoethe and the Orient: Why did the poet's mind wander to far-off climes?Goethe′s fascination with the "Thousand and One Nights": Mephistopheles spoke; Scheherazade beguiled
Related Topics
Dialogue of Cultures | Intercultural Dialogue, History of the Near and Middle East, Literature, Minorities in the Muslim world, Places of Dialogue, Travels in the Orient, Zoroastrianism
All Topics

The template of the mentally disturbed gunman doesn't fit. Seeing himself as a spearhead, heralding a new rise to power, the murderer of Hanau placed himself squarely in the Nazi ... END_OF_DOCUMENT_TOKEN_TO_BE_REPLACED

A newly leaked document confirms how China is imprisoning Muslim minority Uighurs based solely on their religion. Naomi Conrad met with a whistle-blower and visited relatives of ... END_OF_DOCUMENT_TOKEN_TO_BE_REPLACED

Education is the key to the future. Muzoon Almellehan has known this since she was 14 years old. But she lives in a Jordanian refugee camp. And since then she has been fighting ... END_OF_DOCUMENT_TOKEN_TO_BE_REPLACED

Michael Frey has written a fascinating book about the contemporary political thinker Nassif Nassar. Since 1967, Nassar has devoted his life’s work to the question of a fair social ... END_OF_DOCUMENT_TOKEN_TO_BE_REPLACED

The Kurdish YPG militia did the heavy lifting in the fight against the "Islamic State", yet many foreign YPG adherents, including Germans, have come home to find themselves under ... END_OF_DOCUMENT_TOKEN_TO_BE_REPLACED

END_OF_DOCUMENT_TOKEN_TO_BE_REPLACED
Social media
and networks
Subscribe to our
newsletter