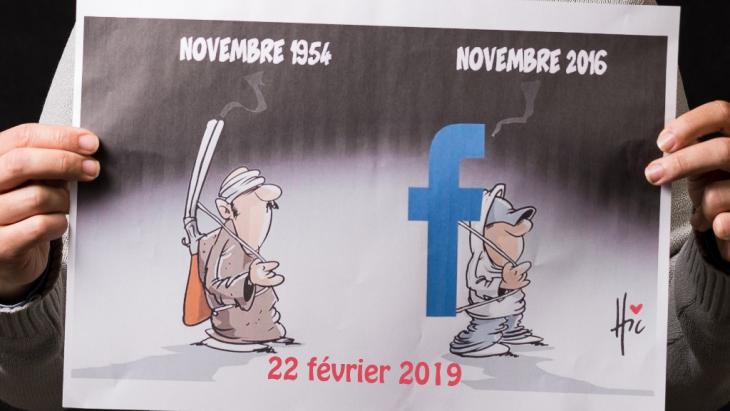 As Algerians wait with baited breath to see if Bouteflika steps down, Nourredine Bessadi takes a look at the role social media is playing in the current wave of social and political unrest. Already influencing the countryʹs political trajectory, will this cyberspace discourse ultimately challenge the legitimacy of the state?

There has been an upsurge in online debate among Algerians in recent years focussing on the political situation of the country, the authoritarian nature of the regime and, more specifically, on corruption scandals involving individuals close to the administration. People of all ages – especially in the European diaspora – have begun relaying information, more or less verified, on the ill-gotten gains of Algerian political figures and political discussion forums are booming, particularly among the young.

According to Dalia Ghanem-Yazbeck, a resident scholar at Carnegie Middle East Center, "social media is having a huge impact on the movement in Algeria." She singled out Facebook, which enjoys huge popularity in the North African country, with a 45 percent penetration rate and some 19 million users nationwide, as a major factor.

"Facebook and other platforms such as Twitter are used as vehicles of expression for those millions of Algerians who are discontented and frustrated with the administration. They connect people with one another and are valuable tools when organising local initiatives such as protests and strikes, suggesting slogans, providing guidelines, sharing pictures and videos, not to mention live-streaming." 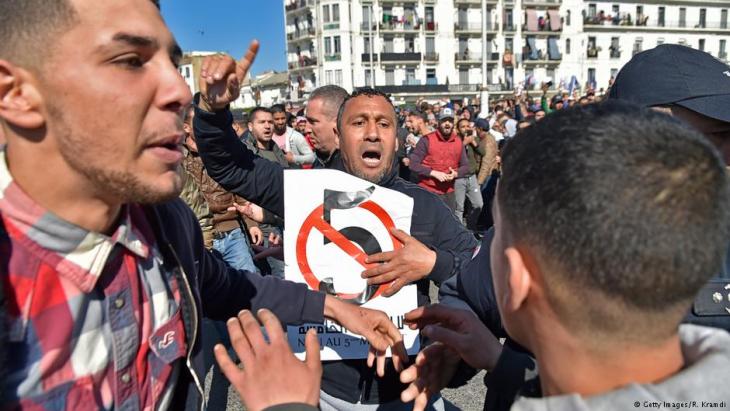 The ability of protesters to live-stream and share videos via their phones is a game-changer: "whenever violence, provocation or repression is exerted, the technology is there to shoot and record the scene as it is unfolding, with the potential for the video to go viral within just a few minutes," says Dalia Ghanem-Yazbeck, a resident scholar at Carnegie Middle East Center

Yazbeck argued that the ability of protesters to live-stream and share videos via their phones is a game-changer: "Whenever violence, provocation or repression is exerted, the technology is there to shoot and record the scene as it is unfolding, with the potential for the video to go viral within just a few minutes."

Interestingly, in a country where the authorities have no hesitation in blocking Internet access to prevent students from cheating in their Baccalaureate examinations, it should be noted that with the exception of the February 22 march, after which the authorities appeared to slow down the Internet considerably, no significant blockage has been reported. Videos, calls, debates and live footage continue to be relayed freely on all social networks, especially Facebook.

Social media as a haven

Madjid Serrah, an Algerian blogger, explained the advantages of social media: "owing to the ineffectiveness of state institutions and civil society organisations, not to mention the lack of public spaces where Algerians can meet up, the social networks have become a haven for Algerians to express their opinions, defend them and share them with others. In some instances this has led to the emergence of civil groups on social networks that have realised a range of Internet-based projects, such as cleaning campaigns, environmental initiatives, book swaps and fundraising. Social media-guided campaigns – take the one launched on Facebook in 2017 calling for the boycott of the car market in Algeria – are proving very successful.”

Her grandparents are Jews – born in Tunisia and Algeria. Director Cleo Cohen has now broken the silence about this with a very personal debut. By Nadine Wojcik END_OF_DOCUMENT_TOKEN_TO_BE_REPLACED

Moncef Marzouki was Tunisia's first democratically elected president after the fall of dictator Ben Ali. Today he is the most prominent critic of increasingly counter- ... END_OF_DOCUMENT_TOKEN_TO_BE_REPLACED

Moroccan sociologist Fatima Sadiqi believes that women's movements in North Africa have changed over the past ten years. Today, women from all social classes are fighting together ... END_OF_DOCUMENT_TOKEN_TO_BE_REPLACED

Shot, beaten to death or drowned: a demonstration by tens of thousands of Algerians ended in the "Paris Massacre" on 17 October 1961. Sixty years on, historians and victims' ... END_OF_DOCUMENT_TOKEN_TO_BE_REPLACED

The memory of experienced injustice plays a central role in the transformation of societies towards democracy. In the Arab world, the critical study of memory is only just ... END_OF_DOCUMENT_TOKEN_TO_BE_REPLACED

"The people aren’t ready for democracy" has been the constitutional basis for Arab tyranny, its favourite slogan and its sacred narrative for more than a century. Yet, asks Khaled ... END_OF_DOCUMENT_TOKEN_TO_BE_REPLACED
Author:
Nourredine Bessadi
Date:
Mail:
Send via mail

END_OF_DOCUMENT_TOKEN_TO_BE_REPLACED
Social media
and networks
Subscribe to our
newsletter