Serrah concluded that there is no difference between online and real-life activism, arguing that this is clearly evidenced by the number of citizens prosecuted and even imprisoned for a YouTube video or a Facebook post in Algeria. Moreover, he was careful to add a note of caution: "The role of social networks in this movement cannot be altogether positive. Negative aspects include the spreading of rumours and fake news. After all, anyone can create a Facebook page or group and call for a strike or some other action."

Another risk that comes with social networking is ʹlogarithmic closureʹ: those actively involved in a campaign will find that all they have to do is open their Facebook account to be plagued by thousands of pictures and publications and messages pertaining to the movement, which reduces their ability to think or analyse effectively. 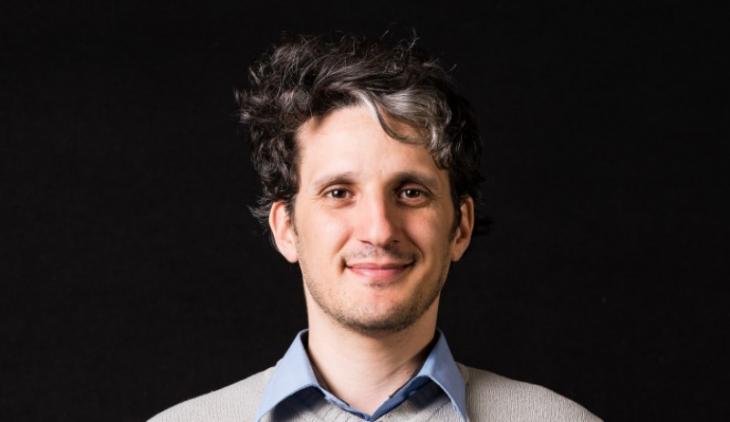 Everyone is on Facebook, Twitter or Whatsapp: "since 2007, social networks have gradually enabled Algerians to become better informed, to find out what is happening around the world, to debate previously taboo subjects such as Islamism, individual liberties, freedom of conscience, feminism… and then to challenge the narratives of the state on these different subjects," says lawyer and activist Athmane Bessalem

A history of online activism

Although it is important to remember that the demonstrations currently rocking Algeria were triggered by anonymous calls on the Internet for a march on 22 February, which snowballed into nationwide demonstrations now in their fifth week, the political impact of social networks in Algeria amounts to much more than these anonymous calls.

According to Athmane Bessalem, lawyer and activist, "Since 2007, social networks have gradually enabled Algerians to become better informed, to find out what is happening around the world, to debate previously taboo subjects such as Islamism, individual liberties, freedom of conscience, feminism… and then to challenge the narratives of the state on these different subjects."

Having actively participated in these recent demonstrations against Bouteflika and his regime, he maintains that "since the first Friday of the major national marches (22 February), everything has been decided on social media during the week for the upcoming Friday demonstration. Slogans are selected, activists make their appearances during the week on social media – and on Friday everything is revealed in the streets. Everyone is on Facebook, Twitter or Whatsapp, including the reporters themselves."

Put simply, a cyberspace of political discourse is taking shape in Algeria. This coincides with the widespread availability of Internet access through 3G and subsequently 4G technologies, the rise of social networks and the large-scale use of smartphones.

Owing to the nature of the beast – social networking is open and accessible to all social strata with divergent cultural, professional and social backgrounds – such discourse is likely to sound chaotic at times, but it might, at its best, prove the very place for political participation involving the country's elite.

Fed by the burgeoning energy of a population on the move, it is potentially this cyberspace discourse that has the capacity to influence Algeriaʹs political trajectory and ultimately challenge the legitimacy of the state.

Nourredine Bessadi is a researcher and freelance consultant. His areas of interest are human/minority rights, gender and Internet governance.

Political analyst Taqadum al-Khatib argues that Egypt can, in co-ordination with its European partners, develop a common vision to solve the complex conflict in Libya. For this to ... END_OF_DOCUMENT_TOKEN_TO_BE_REPLACED

The upheavals of the past year in the MENA region are arguably as momentous as those of the Arab Spring in 2011. Yet perhaps the biggest difference is that our interest seems to ... END_OF_DOCUMENT_TOKEN_TO_BE_REPLACED

Algeria's political impasse has been going on for weeks. Attempts to calm the public mood by sacrificing some of the Bouteflika faithful has only served to fuel demonstrators' ... END_OF_DOCUMENT_TOKEN_TO_BE_REPLACED

Nearly a decade after the Arab Spring fizzled out, a new wave of protests has swept across the Middle East and North Africa. What is different this time – and will the protesters ... END_OF_DOCUMENT_TOKEN_TO_BE_REPLACED

Hassan Aourid is one of the most important political and intellectual figures in Morocco. In interview with Ismail Azzam for Qantara, Aourid outlines his vision of the decline of ... END_OF_DOCUMENT_TOKEN_TO_BE_REPLACED

The Arab world is one gigantic pressure cooker. For the most part the lid of repression is on, but it is boiling over with increasing frequency. Whether in Lebanon, Iraq or in ... END_OF_DOCUMENT_TOKEN_TO_BE_REPLACED
Author:
Nourredine Bessadi
Date:
Mail:
Send via mail