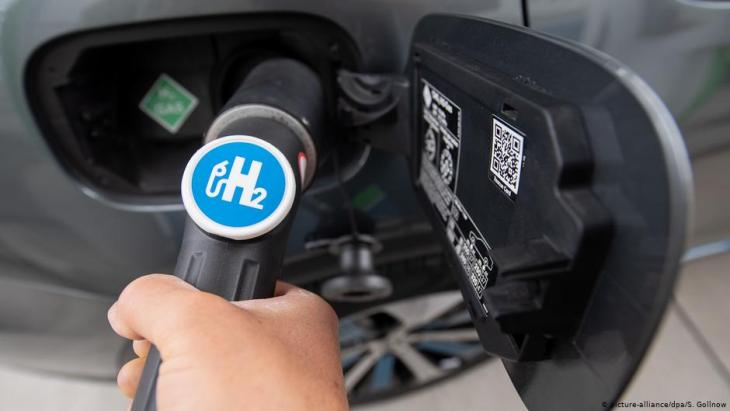 Although Saudi Arabia seeks to diversify its energy sector and economy away from fossil fuels, the OPEC leader is eager to maintain its status as a fuel exporter giant by leveraging cheap solar and wind power to produce green hydrogen. By Stasa Salacanin

The main advantage of green hydrogen is that it provides enormous power generation with zero emissions. On the other hand, it is an explosive chemical, and the cost of generating it makes it still more expensive than traditional hydrocarbons.

Despite all this, Strategy& estimates that the demand for green hydrogen will grow swiftly in the future, reaching 530 million tons and potentially displacing roughly 10.4 billion of barrels of oil by 2050.

Green hydrogen is formed by using renewable energy to power electrolysis that splits water molecules into their constituent elements: hydrogen and oxygen. The technological advancements coupled with the falling price of renewable energy have enabled the mass production of green hydrogen, which is more environmentally sustainable.

A massive green hydrogen facility will be an essential part of Saudi Arabia's NEOM "smart city" project, which is envisioned as an ultra high-tech urban living space, innovative business hub and global centre for renewable energy and green hydrogen. 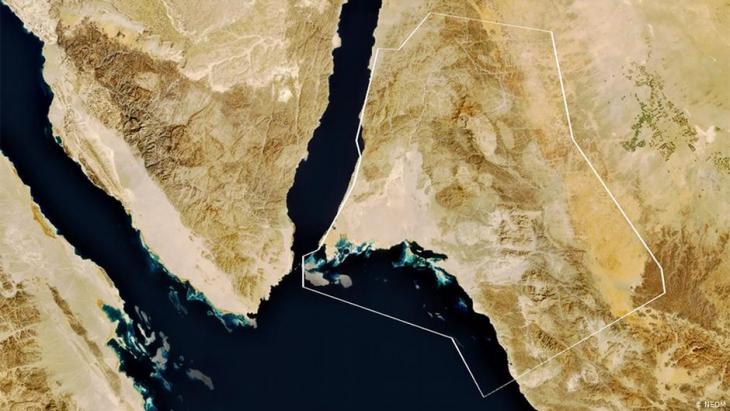 NEOM is a planned city in north-western Saudi Arabia. It is intended that NEOM – which will cover an area the size of Belgium (see map above) – will be an ultra high-tech smart city, innovative business hub and global centre for renewable energy and green hydrogen. The project's official website claims that the city will be an "accelerator of human progress"

The facility is a $5-billion project involving a 3-party joint venture with equal ownership by Air Products & Chemicals, Saudi Arabia's ACWA Power and NEOM. Joanne Hills, Head of Communications for Middle East & India at the Pennsylvania-based Air Products told Qantara.de that the project "is a ground-breaking and first-of-its-kind investment on a massive scale."

According to Frank Wouters, a director of the EU-GCC Clean Energy Technology Network, the Saudi NEOM project is unique in the sense that it combines a very favourable combination of solar and wind power that enables the production of very competitive green hydrogen and green ammonia. Its location also allows for potential exportation to Europe and East Asia.

Moreover, given the ambitious decarbonisation targets of the Paris Agreement, Axel Michaelowa, senior founding partner of the consultancy Perspectives and researcher at the University of Zurich, believes that Saudi Arabia will have to shift from exporting oil to exporting renewable energy. He thinks that the events of recent months – ranging from the US presidential election to China announcing a net-zero emissions target for 2060 – show that international climate policy will accelerate in the coming years and that Saudi Arabia therefore has the chance to become a frontrunner. "If it hesitates, it may lose its competitive advantage forever," Michaelowa added.

The plant, powered by 4 GW of wind and solar power, making it the largest project of its kind in the world, is seen as a real challenge. Financing is also an issue as, according to some estimates, the project will require at least $9 billion in funding. Air Product's spokesmen told Qantara.de that the project would require a $2 billion of additional investment by Air Products for downstream distribution, bringing Air Products' total investment to $3.7 billion. Nevertheless, Air Products expects to exceed its minimum returns.

Given that concerns have been expressed about the lack of transparency at ACWA, some may wonder if this project is realistic at all, considering both the engineering and the financial challenges involved. Moreover, considering the sheer size of the project, some fear that without extensive disclosures and published audited statements, neither ACWA Power nor the Saudi Public Investment Fund (PIF) will find it possible to raise substantial sums from the world's financial markets. 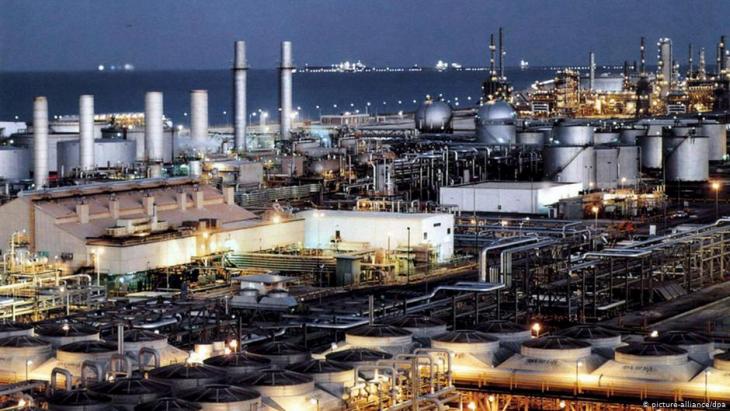 Oil has been the mainstay of the Saudi economy for decades, and refineries such as the one pictured here are inextricably linked with the kingdom's wealth. However, such a heavy reliance on one sector makes the country vulnerable. In April 2016, Saudi Crown Prince Mohammed bin Salman launched Vision 2030, a far-reaching reform plan that aims to diversify the economy away from oil and reduce its dependence on the fossil fuel. Despite its attempts to diversify its energy sector, the OPEC leader is keen to remain a leading fuel exporter giant by leveraging cheap solar and wind power to produce green hydrogen

"Lighthouse" project that could kick-start the global hydrogen market

Air Products seems to have great confidence in the project. Its spokesman said that the NEOM project is based on proven, world-class technology and will include the innovative integration of over four gigawatts of renewable power from solar, wind and storage, scheduled to be onstream in 2025. Air Products has significant balance sheet capacity and will continue to deploy capital into high-value projects (like NEOM) around the world.

While the project is indeed capital intensive, most of the capital expense is related to the power generation component, said Dolf Gielen, director of the IRENA Innovation and Technology Centre in Bonn. As all participants have vast experience in their fields, he considers the project realistic. Moreover, the facility will generate ammonia that can be sold on fertiliser markets or as shipping fuel or can be shipped and cracked on site to release hydrogen for transport, he added.

According to Wouters, a substantial share of the equity will originate from outside the Kingdom of Saudi Arabia. "However, the bulk of the finance will come from lenders who have provided capital to Saudi projects in the past and will do so in the future." As the futuristic NEOM city has been one of the key elements of Saudi Crown Prince Mohamad bin Salman's Vision 2030, it is logical to assume that his role could be vital in "convincing" domestic lenders. It has also been assumed that the crown prince, who is also a chairman of PIF, may "just draw on the Saudi Monetary Authority's foreign cash reserves."

Nevertheless, Saudi Arabia is well placed to become an important player in the market for green hydrogen and green commodity supply. Michaelowa thinks that, if implemented on the scale planned, the NEOM green hydrogen project will become a "lighthouse" project that accelerates the ramp-up of the global hydrogen market. He thinks that Saudi Arabia should bring it into the market mechanisms of the Paris Agreement, thereby raising revenue from the sale of emissions credits. This would change the image of Saudi Arabia, which is currently seen as slowing down international climate policy and make it a frontrunner in the generation of green power.

Since Ali Khamenei, Iran's most powerful man, has openly and unconditionally come out in support of Putin's war in Ukraine, logistical help is on its way, with an allegedly ... END_OF_DOCUMENT_TOKEN_TO_BE_REPLACED

Tourists have been returning to Tunisia, Egypt and Morocco. But, given the global uncertainty caused by the Ukraine war, will the comeback be enough to save a struggling sector, ... END_OF_DOCUMENT_TOKEN_TO_BE_REPLACED

The highly controversial Indian blockbuster "The Kashmir Files“, on the exodus of Kashmiri Hindus in the 1990s, is characterised by unilateral representations, negative ... END_OF_DOCUMENT_TOKEN_TO_BE_REPLACED

"Flugt" is the world's first museum dedicated to the stories of those forced to flee. The new museum, which focuses on the fates of refugees then and now, is housed in a former ... END_OF_DOCUMENT_TOKEN_TO_BE_REPLACED
Author:
Stasa Salacanin
Date:
Mail:
Send via mail

END_OF_DOCUMENT_TOKEN_TO_BE_REPLACED
Social media
and networks
Subscribe to our
newsletter