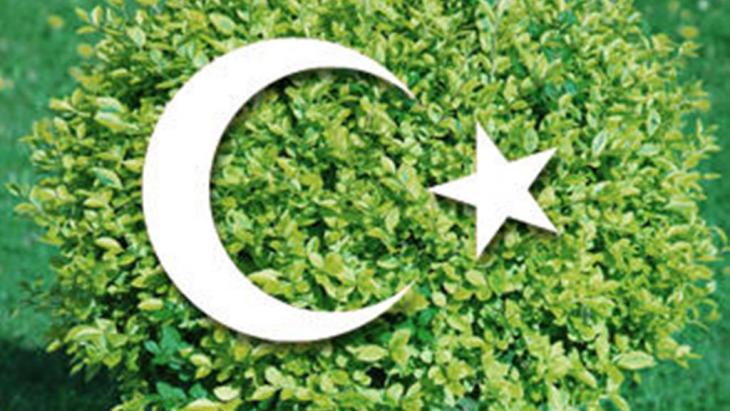 Mosques with solar panels, fair trade products and a guide to living an eco-friendly life during the Hajj ... Eco Islam is gaining momentum. Ulrike Hummel reports on a project that seeks to develop environmental awareness among Muslims in Germany

Various organic teas, lovingly prepared vegetarian dishes as well as porcelain plates and cups are arranged on a buffet table laid out for the midday break. Small sample bottles of high-quality argan oil products have been placed on the tables in the meeting room – all fairly traded and "halal".

On this particular Saturday afternoon, some 20 young Muslims have gathered in Dortmund to create something new: a "fair mosque" concept that the local mosque association, Wali e.V., has agreed to try out. There's a pioneering spirit in the air. Today's workshop is the outcome of a conference on fair trade that took place last year.

"What the Solingen meeting showed is that it is above all young people who want to get involved, young people who regard the subject of climate protection and Islam as one of burning importance, and who have just been waiting to get started," says project leader Hafssa El Hasbouni from the Forum for Social Innovation (FSI). The people in question are young Muslims who have grown up with the debate over environmental destruction and who are now developing an Islamic perspective on this.

The aim of the pilot project's kick-off event is to hammer out fundamental ideas regarding what a "fair mosque" is. "The aim is that the concept we come up with, which will then be trialled at the Wali mosque, will serve as a model for other mosques," says the 24-year-old, adding that the eventual aim is to establish a "fair mosque" label. "But this is all still in up in the air and depends on many factors," she adds.

So what do young people think a fair mosque should be like? Solar panels on minarets, adherence to the "Green Hajj Guide" or simply a reduction in meat consumption? Not a bit of it. Evidently, the issue closest to the hearts of this generation of young Muslims is the social dimension of mosque communities. 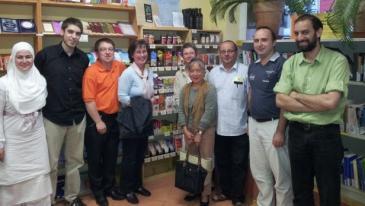 Working for environmental protection and awareness: the launch of the sale of fair trade products in the info shop at the the I.I.S. Mosque in Frankfurt

"I would make a basic distinction between 'hardware' and 'software'", says Hafssa El Hasbouni. 'Hardware' refers to the use of environmentally friendly paper or the purchase of fairly-traded goods, in other words, a more responsible utilisation of resources.

"But something that many people brought to the table – and this is what I call the 'software' dimension – was fair treatment of one another, in particular of women," she says.

People would like to see mosques where women are not discriminated against and where they are accepted whether they choose to cover their heads or not. At the Wali mosque in Dortmund, for example, men and women are already allowed to attend prayers together. Suggesting this as a possibility to other mosques is, however, certain to meet with considerable resistance.

Fair wages, financial transparency, flat hierarchies in association structures as well as the regular rotation of German-speaking preachers for Friday prayers are all important aspects that could feature in the "fair mosque" concept for the future, says Hasbouni.

An absolute no-go would be to close the community off from non-Muslims, she continues. Instead, the focus should be on openness and tolerance. The latter could also mean not excluding gay and lesbian Muslims from mosque communities.

"What's important to us is that the label goes hand in hand with a certain attitude: in other words, that we're not running around, wagging a finger and telling others what is fair and what is not. What we really want is an open, positive attitude, an invitation to other mosque communities to join us in this project," says the project manager.

The Muslim eco-activists believe that a "fair mosque" would essentially be built on its social dimension. Building on this, concrete measures affecting the protection of animals and the environment should be developed. "Inter-faith exchange with our partners in the Protestant and Catholic Churches made us aware of the issue of 'fair trade'," says Mohammed Johari from the I.I.S. Mosque in Frankfurt. 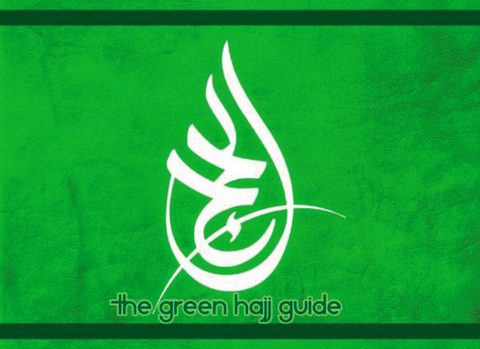 The "Green Hajj Guide" was launched by the "Alliance of Religions and Conservation" (ARC). The campaign is part of the so-called "Muslim Seven-Year Action Plan on Climate Change" dating from 2009, run jointly by the ARC and the UN Development Programme

This led to a search through the Koran and Sunna for sources from which to derive a Muslim commitment to fair trade and environmental protection, he continues. "We've had a selection of fairly traded products at our mosque since 2011. We source our products from all over the world and even manage to break even," says Johari.

It is now hoped that the "fair mosque" concept will benefit from the positive experience with the One World Shop in Frankfurt. Moreover, the positive side effects of environmental protection from an Islamic perspective should not be under-estimated: "Islam is so often associated with negative things. Our commitment to environmental protection is a big opportunity to correct this negative image," says Johari, adding that coverage of the One World Shop story showed this.

The Wali mosque association would appear to be predestined for the realisation of the project. Its chairman, Abdelhay Fadil, has been committed to the fair trade cause for five years already. "We founded a women's co-operative in Morocco with 63 farmers to produce high grade argan oil. The Berber women receive a fair, secure income for their work," says the imam.

Of paramount importance is the developmental aspect. "The farmers could not live from the sale of argan kernels. Now they produce the oil themselves by hand, in a process that is kind to the environment, and receive an appropriate wage for the end product," he continues.

In 2008, Abdelhay Fadil founded the company "Arganpur", which markets natural cosmetic products. The biochemist and his team are responsible for making the cosmetics. Another co-operative has since been set up to produce rose water and oil – a success story that will also be incorporated into the "fair mosque" concept.

Raising awareness in the Muslim community

A group of young Muslims who joined forces to form an association named "Hima" in 2011 is convinced that respect for Creation is deeply anchored in Islam, and that this should naturally result in an ecologically-sound way of life. 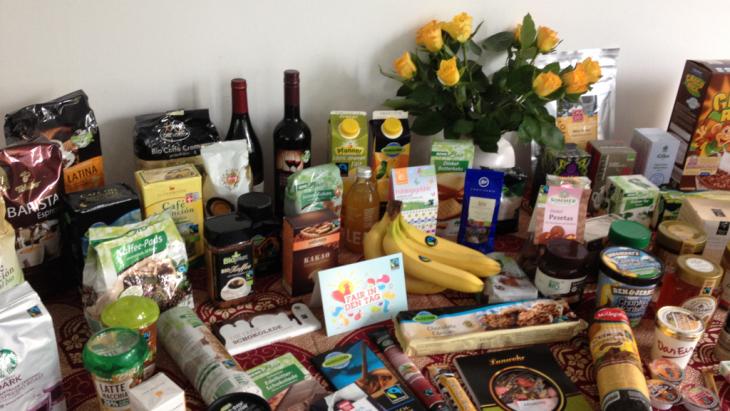 The hardware: according to project leader Hafssa El Hasbouni of the Forum for Social Innovation (FSI), one should distinguish between the "hardware" and the "software" of the fairness concept: "hardware" is the use of environmentally friendly paper or the purchase of fairly-traded goods, the "software" is fair treatment of one another, in particular of women

"Hima", a term from Islamic teachings that can be translated as "conservation zone", sees itself as a participation forum for Muslims who are interested in environmental issues. "Our main task is to raise awareness. In other words, we want to encourage Muslims to take an interest in the issue of environmental protection, initially through educational work and then through simple yet concrete projects," says Kübra Ercan.

It is also hoped that the experiences of "Hima" will also be incorporated into the "fair mosque" concept. One of the forum's first nationwide activities was fair trade brunches. "These gave us the opportunity to debate the responsible utilisation of resources from an Islamic perspective," says Ercan.

"Hima" is now involved in the pan-European "Green Up My Community" project. By the end of 2014, 20 eco-friendly European mosques will be presented as part of the campaign. "There are some lovely garden projects in England. Suggestions in Germany include fitting mosques with solar panels or fitting minarets with wind turbines," says Kübra Ercan.

The role of "Hima" in all of this is primarily to act as a consultant. "Because we maintain very close links with non-Muslim environmental organisations, we are able to draw on a huge wealth of experience," says Ercan.

The Islamic environmental movement arose in the 1960s in response to the theories of historian Lynn White Junior, who was convinced that the monotheistic religions were partly to blame for the ecological crisis.

Inspired by the ensuing controversial debate, Islamic scholars in Western countries focused on the issue of environmental protection and sustainability. Muslim eco-activists are driven by religious motives. They are calling for sustainable utilisation of water and land and are campaigning for greater frugality and abstention. This is still very much a niche movement at present, but this could change in the near future.

Germany’s electorate includes some 7.4 million citizens with international roots, while many more millions of residents from abroad aren’t allowed to vote. Both groups are often ... END_OF_DOCUMENT_TOKEN_TO_BE_REPLACED

Germany's foreign policy is explicitly values-based. But what happens, Ralf Bosen asks, when democracy, the rule of law and human rights collide with the logic of trade and ... END_OF_DOCUMENT_TOKEN_TO_BE_REPLACED

No other Western poet was arguably so well-versed in the Koran or so fascinated by Islam as Germany's national hero, Goethe. In a new publication that examines all Goethe's ... END_OF_DOCUMENT_TOKEN_TO_BE_REPLACED

Migrants are often maligned as being responsible for Europe's problems. Yet their integration is in Europe's interest. Michael Thaidigsmann believes that a long-term vision is ... END_OF_DOCUMENT_TOKEN_TO_BE_REPLACED

How could the Afghan government and its institutions collapse so quickly? That things were going wrong in Afghanistan had been obvious for a long time, yet the West preferred to ... END_OF_DOCUMENT_TOKEN_TO_BE_REPLACED

Shida Bazyar's new novel is the literary surprise of the year. It tackles the pressing issues of our time, and yet it is timeless. This is a story of friendship, marginalisation ... END_OF_DOCUMENT_TOKEN_TO_BE_REPLACED
Author:
Ulrike Hummel
Date:
Mail:
Send via mail

END_OF_DOCUMENT_TOKEN_TO_BE_REPLACED
Social media
and networks
Subscribe to our
newsletter