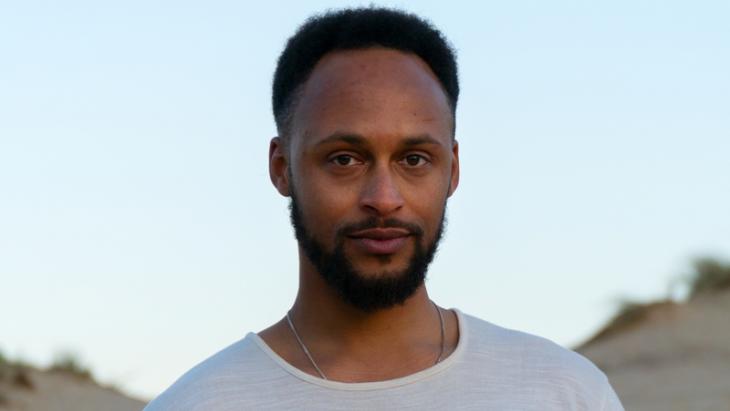 Groupe RTD
Energy and rhythm from Djibouti to the world

The small East African nation of Djibouti has so far evaded musical discovery by the West. Now, however, the country's official national band, Groupe RTD, is picking up international accolades with the music it plays when it's off-duty. Stefan Franzen spoke to the group's producer Janto Djassi

Mr Djassi, you work in Hamburg as a photographer and video artist. How did you come to record a band from Djibouti?

Janto Djassi: As a Senegalese-German, I really didn't have any connection with Djibouti or East Africa – they're genuinely two different worlds. But a friend introduced me to Ostinato Records. I worked with them on compilations of old Somalian and Sudanese pop music. Then the label's owner, Vik Sohonie, and I travelled to Djibouti together to research the music there. That's how we came across Groupe RTD in 2016.

The original plan was to scour the radio archives and publish old recordings we might find. But the director of national radio brought us to the studio where the band was giving a small concert. We were immediately blown away by the energy coming from the group. We quickly realised that recording the band playing this kind of music was a better idea.

Can Groupe RTD be compared with other iconic African bands, like the Rail Band or the Orchestra Baobab?

Djassi: I wouldn't compare Groupe RTD with an ensemble such as the Orchestra Baobab, because the musicians who play in Groupe RTD are actually employed by the state; it's the national radio band. Their everyday work is to play at official receptions and events organised by the presidential palace. This will often be propaganda music, including very nationalistic music – "nationalistic" of course in the context of an eastern African state that's only been independent for 40 years and has ambitions for the future.

The music we recorded is the music they play when they're off duty, music they all love and that they know from their childhood, reinterpretations of old songs. That's the band's other face. It's a bit like the German Army band, which plays both stately music and lighter, more entertaining music!

Djibouti's musical culture is at an intersection between Sudan, Ethiopia and the Arab region. How is this expressed in the music of Groupe RTD?

Djassi: There have always been historical trade and cultural ties between India, the Middle East and East Africa. The state of Djibouti didn't exist until 40 years ago, Somalis live in Ogaden in Ethiopia, Ethiopians live in Somalia. All these cultures are linked to one another, and that's why the musical styles are too. There's classic 70s/80s pop music from Somalia with discernible Indian and Arab influences, and what may to our ears sound like reggae can be traced back to Ethiopian Dhaanto style.

At the same time, the American music industry has penetrated everything, with the radio playing a big part in the process. That's why alongside all the African influences in the music of Groupe RTD, you also hear the funk of James Brown. And Mohammed Abdi Alto, the saxophonist, has listened to a lot of Charlie Parker and Harlem jazz. An aspect of their repertoire that really does come from Djibouti itself is the Tadjoura rhythm from the eponymous gulf.

Who are the most influential musicians in Groupe RTD?

Djassi: For starters, at the heart of the ensemble is the young singer Asma Omar. She was chosen in a talent show organised by national television. The grand seigneur is "Alto", an incredible saxophonist, but also a songwriter and arranger – a genuine all-round musician. The band has only existed with its current line-up since 2013, but there were predecessor groups.

Why has Dijbouti been a blank spot on the musical map until now, with no western production teams allowed into the country? Is it because of the autocratic structure?

Djassi: It would probably be called a dictatorship here. But when I was there, I didn't sense that anyone had a problem with the style of government or the president. There are domestic issues for sure, but I can't really comment on that. In any case, I didn't hear anyone say anything negative about the president, but I also didn't get the sense that there was such an incredible pressure on the population as there is in Eritrea.

As far as the isolation goes: Djiboutians have a very keen awareness of their cultural heritage and, of course, they're careful to check who has access to that. The problems that arose through connections with Europe during the colonial era make people wary.

How did you manage to gain the trust of the musicians and officials?

Djassi: We don't fit the typical image of the white man who comes to extract resources only to disappear again. I'm Senegalese-German, Vik is Indian. We want to present the music of this nation, but at the same time leave something behind, in this case it was a tape machine and a digital interface. Also, we don't take any tapes or photos with us. We say from the outset: that shouldn't be taken to Europe.

It's about give and take on both sides. I always said that Ostinato Records should also focus on recording contemporary music, working with living artists, because that quite simply has a different kind of dignity. We're aiming to change the narrative of an impoverished, war-torn Africa. We think that's really important, to revise illusions of power and strange interpretations of history.

Blending East African, Bollywood and Arab music traditions, Groupe RTD's "The Dancing Devils of Djibouti" is not only a stunning album, it is also the first internationally- ... END_OF_DOCUMENT_TOKEN_TO_BE_REPLACED
Author:
Stefan Franzen
Date:
Mail:
Send via mail

END_OF_DOCUMENT_TOKEN_TO_BE_REPLACED
Social media
and networks
Subscribe to our
newsletter