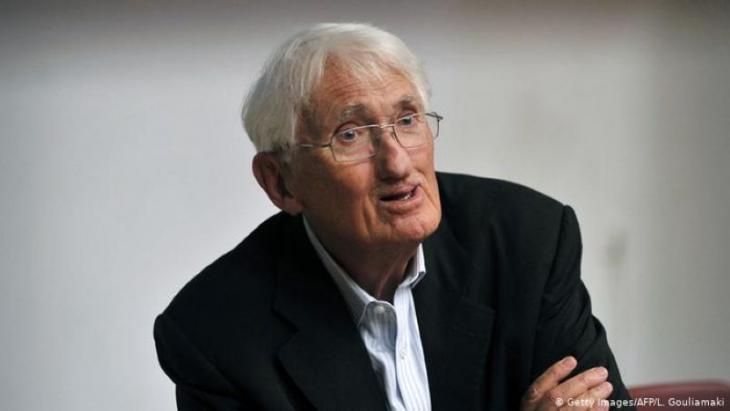 Habermas, the Sheikh Zayed Award and Arab reactions
Habermas and the contradictions of the Arab intellectual

The ongoing debate has been triggered by three main standpoints: one supports the stance of the well-known German philosopher Juergen Habermas; a second view rejects his stance and considers it "fake heroism"; a third view respects Habermas’ stance, but doesn’t view the rejection of such prizes as acts of heroism, nor does it condemn those who accept them.

The criticism of Habermas's position centre on a set of assumptions, claims, and questions: Would Habermas have rejected the prize had the USA or Israel awarded it? How do Western intellectuals deal with the hypocrisy of their own governments, which support so many undemocratic regimes? In most cultural sectors, the financial returns are barely adequate. In consequence, practitioners of the arts need both financial and moral support from research institutes, universities, or governments from the First World or the Third. According to this viewpoint, everyone is in the same boat, and turning down prizes is nothing but bogus heroism.

The intellectual and the establishment

In an attempt to untangle this clash and to answer these questions, researcher and translator Hebba Sherif, former director of the Swiss Cultural Foundation "Pro Helvetia" in Cairo, points out that "Habermas's stand in declining the Sheikh Zayed Award has raised many questions about intellectuals, their role, their responsibilities, their rights, their duties and their humanitarian and professional consciences."

"There are different ways to describe what an intellectual is. Is he what Gramsci would describe as the organic intellectual, meaning the intellectual who belongs to his class and defends its interests? Or is he the traditional intellectual of the sort embodied by Edward Said, among others? That is, someone with a special sensitivity and ability to contemplate the nature of the universe and the rules which govern societies, in a quest to understand the wider connotations of practical situations in daily life. 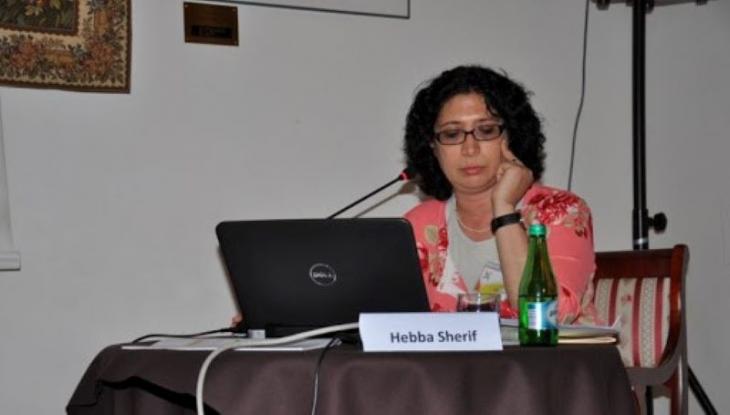 Principles are paramount: "Habermas has no other choice than to refuse the award. He is a staunch defender of democracy and his research work revolves around democracy and secularism as a necessary product of modernity. Were he to accept an award from a source linked to an undemocratic regime, it would be anathema to his ideas," says Sherif

In her interview with Qantara, she adds: "Looking at history, we find that there have always been patrons for arts and culture, including for creative talents, poets of the court or palace, painters of kings and churches such as Michelangelo, as well as singers enjoying the patronage of princes or the wealthy. In fact, creative talents have always been under the patronage of someone, be they the establishment, the very rich, or those whose passion for arts or literature made them spend money on growing the talent pool."

Sherif explains how this association, which may debase creative types, because it puts them in a direct relationship with and at the mercy of those with money, ended with the creation of the modern state ("in which the state’s funds became the people's funds, raised from their taxes. Thus, any awards which creative types receive from government, from writing articles in national newspapers, or from attending state-run festivals do not put them in a 'degrading' position vis a vis the rich, because there is no direct relationship between them.")

The United Arab Emirates is trying to whitewash its repression by giving a big financial award to the German philosopher Jurgen Habermas despite representing the opposite of the liberal, open, rights-respecting government that he promotes. https://t.co/IPIarpF1dH pic.twitter.com/hcD9bQMrgA

Sherif goes on: "In despotic countries, however, the people’s money is controlled by the ruling regime, which makes the intellectual a tool in the hands of the regime to promote its policies. The situation in which the intellectual finds himself also differs in consumer societies where the power of the tycoons who own publishing houses and the media gives them control over the intellectual. That said, the many and different sources of capital, coupled with the freedom of expression guaranteed in the constitution and the legal framework, have given creative practitioners greater choices. It has also brought them more room to manoeuvre as well as pressure to speak their minds freely, or at least to stick on more familiar ground."

Hebba Sherif concludes by saying: "Habermas has no other choice than to refuse the award. He is a staunch defender of democracy and his research work revolves around democracy and secularism as a necessary product of modernity. Were he to accept an award from a source linked to an undemocratic regime, it would be anathema to his ideas."

Giessen, Eichsfeld, Kusel, Berlin – cars bearing old German number plates are the latest trend on the streets of Cairo. Many Egyptians regard the discarded plates as chic. What ... END_OF_DOCUMENT_TOKEN_TO_BE_REPLACED

Tunisia has been going through a severe economic and political crisis in recent years. More than one in three young people there are unemployed. For many skilled, qualified and ... END_OF_DOCUMENT_TOKEN_TO_BE_REPLACED

German imams have publicly expressed their solidarity with the women of Afghanistan. In a letter of protest, the clerics say that the Taliban regime's decree barring women from ... END_OF_DOCUMENT_TOKEN_TO_BE_REPLACED

At the end of every year, the team at Qantara.de gives you a run-down of the ten most-read articles on the site over the past 12 months. Here is a quick overview of the stories ... END_OF_DOCUMENT_TOKEN_TO_BE_REPLACED

Social engagement is often motivated by religious factors. A new book explores the background to these community efforts and appraises how effective they are in helping to ... END_OF_DOCUMENT_TOKEN_TO_BE_REPLACED

The government in the Netherlands, one of the last European nations to abolish slavery, has made an historic apology. But some feel that there is still a long way to go. By Ella ... END_OF_DOCUMENT_TOKEN_TO_BE_REPLACED
Author:
Eslam Anwar
Date:
Mail:
Send via mail

END_OF_DOCUMENT_TOKEN_TO_BE_REPLACED
Social media
and networks
Subscribe to our
newsletter