The principles of the intellectual

The thorny relationship between the intellectual and the establishment, especially in undemocratic societies, to which Sherif referred, may explain the attacks on the German philosopher. Habermas’s announcement of his refusal of the award unintentionally created a deep wound around the independence of the Arab intellectual. Some practitioners in the Arabic cultural scene felt that his stance was directed at them personally and not at the ruling elite in the UAE.

At a time of turmoil and fraught with anxiety and anger, some intellectuals who supported the Emirati regime were angry and they rushed to accuse Habermas of "giving in" to the pressures of the left-wing press. This came after the German newspaper "Der Spiegel" published an article on its website criticising him for being selected for an award by a country whose ruling regime depends on "repression and the absence of democracy". 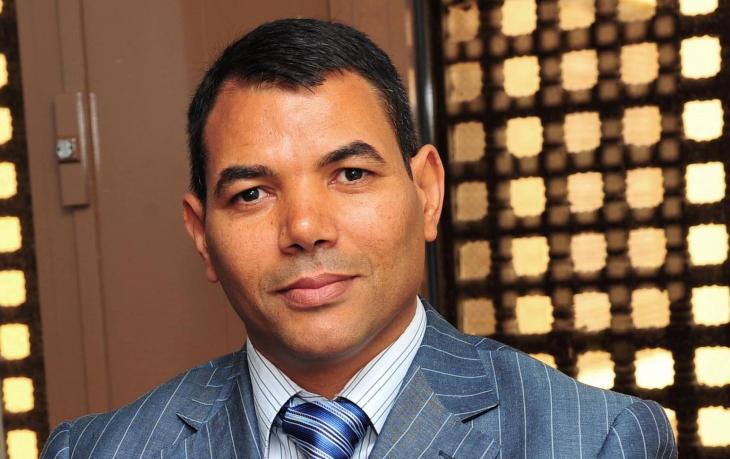 The power of symbolism: "I hope that Habermas’s stance will lead to heightened awareness of the dangers which politicised prizes represent to the freedoms of researchers and creative thinkers; whatever their field, they will become more protective of their own freedom, integrity and independence," says Imad Abdul-Latif, professor of rhetoric and discourse analysis at Cairo University

The German philosopher's response came swiftly in the form of a brief letter via his publishing house to Der Spiegel which was published on the evening of 2 May 2021: "I had announced my willingness to accept this year's Sheikh Zayed Book Award. This decision was wrong, and I am here to correct it. I did not fully understand the very close connection between the institution which awards these prizes in Abu Dhabi and the political regime there."

The German philosopher was not alone in turning down prizes financed by the Emirati regime. A number of Arab intellectuals have already done so, including the Moroccan poet Mohammed Bennis. He withdrew in 2020 from the scientific committee of the Sheikh Zayed Book Award in protest at the UAE government's decision to normalise relations with Israel. The protest was also aimed at its withdrawal of support for the right of the Palestinian people to achieve a just settlement guaranteeing the restoration of occupied lands as well as the right of return for millions of Palestinians living in the Diaspora for decades.

A call in support of independence: "Habermas’s rejection of the Sheikh Zayed Award, the most important event in the cultural history of the UAE"

"Most of the official awards and honours in the Arab world work on the principle of the carrot dangling in front of the donkey; that is, they are a means to ensure the loyalty of those who wish to receive them, to encourage them into supporting the donor regimes, or at least into remaining silent about their practices. This includes avoiding criticism of any form of alliance with the ‘forces of occupation’ i.e. Israel, as well as avoiding criticism of oppression, corruption, racism, manipulation, discrimination, control, and any other types of abuses which exist across the Arab world, from the Mediterranean to the Gulf," says Imad Abdul-Latif, professor of rhetoric and discourse analysis at Cairo University.

Abdul-Latif explains the importance of the symbolic stance which Habermas and other intellectuals have taken by turning down politicised prizes: "I hope that Habermas’s stance will lead to heightened awareness of the dangers which politicised prizes represent to the freedoms of researchers and creative thinkers; whatever their field, they will become more protective of their own freedom, integrity and independence. Thus, they will only write to satisfy their own human and professional consciences. If they are recognised or rewarded, they will receive their awards with a clear conscience, and if they aren’t, they will have no regrets."

In this context, the novelist and publisher Shady Lewis Botros points out that "among the hundreds and perhaps thousands of those who have won the Emirati Awards, Habermas’s rejection of the prize will have the biggest impact. The paradox is that it may be the most important event in the cultural history of the UAE." He goes on to explain that there is a long list of writers who were hounded because of their writings and public stances, and who spent their lives between exile and prison; many even lost their lives because of what they wrote.

"I am not asking Arab writers to be killed, imprisoned, or subjected to suffering in any way, only that we do not accept prizes or money from child killers, war criminals, usurpers, supporters of colonisation and settlement, leaders of military coups, or from those regimes which practise apartheid and mass killings. If art and literature make writers stretch out their hands to murderers, occupiers and criminal regimes, let us stop writing and put an end to this farce and tragedy," Lewis Botros says in conversation with Qantara.

On 15 June, the "Islamkolleg" in Osnabruck officially launched its new training programme for imams in German. The college is intended to prepare Islamic theologians for their ... END_OF_DOCUMENT_TOKEN_TO_BE_REPLACED

For centuries, the great classical Persian author Hafez has inspired German writers. Translations, adaptions and homages have been created in his wake, and the process continues ... END_OF_DOCUMENT_TOKEN_TO_BE_REPLACED

Business in the Moroccan city of Tangiers is booming due to its location at the nexus of global trade routes. But many locals are failing to reap the benefits. What they crave ... END_OF_DOCUMENT_TOKEN_TO_BE_REPLACED

Morocco and the European Union are at cross purposes when it comes to the Western Sahara. And, as Germany does not support Moroccan claims to the territory, a major conflict has ... END_OF_DOCUMENT_TOKEN_TO_BE_REPLACED

Jewish voices are much more diverse than the public often sees. Jewish men and women who oppose the injustice of Israeli occupation in the West Bank deserve our respect and ... END_OF_DOCUMENT_TOKEN_TO_BE_REPLACED

They’ve already got the Louvre; they’ll soon have a Guggenheim Museum as well – and now the Emirates have added literature to their quest for cultural supremacy in the Arab world ... END_OF_DOCUMENT_TOKEN_TO_BE_REPLACED
Author:
Eslam Anwar
Date:
Mail:
Send via mail

END_OF_DOCUMENT_TOKEN_TO_BE_REPLACED
Social media
and networks
Subscribe to our
newsletter