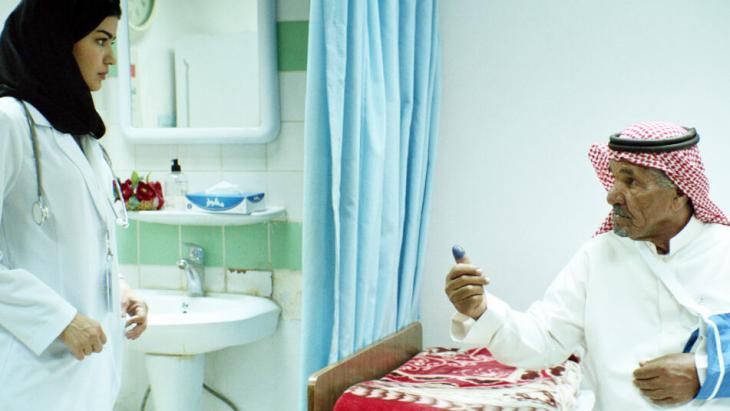 Saudi film is growing, slowly but surely, a development in which director Haifaa Al-Mansour has played a significant role. She achieved her international break-through eight years ago with ʺWajdaʺ, the first film to be shot entirely in Saudi Arabia, with an entirely Saudi cast.

This cleared the way for other filmmakers to keep the burgeoning Saudi film industry alive. One such filmmaker is Mahmoud Sabbagh, whose comedy ʺBarakah Yoqabil Barakahʺ premiered at the 2016 Berlinale, becoming the first Saudi film to be screened at a large, international film festival. Meanwhile, Sabbagh heads up the Red Sea Film Festival in Jeddah, the first of its kind.

As for Al-Mansour, she hasn’t worked in her homeland since 2012, making a ‘detour’ westward. Her subsequent productions ʺMary Shelleyʺ and ʺNappily Ever Afterʺ for Netflix were met with lukewarm responses, but these two feature films enabled Al-Mansour to continue with the unmistakeably feminist message which she established with ʺWajdaʺ. So it’s all the more gratifying that her fourth film ʺThe Perfect Candidateʺ, a homecoming of sorts set in Saudi Arabia, has met with the same success as her debut.

For Maryam (Mila Al Zahrani), a young doctor, comments like ʺAnyone who lets himself be led by a woman is bound to failʺ and ʺTake me to a real doctor, a manʺ are a matter of course. She is constantly patronised by men at her clinic, located in the outskirts of Riyadh and the only clinic with an emergency room. 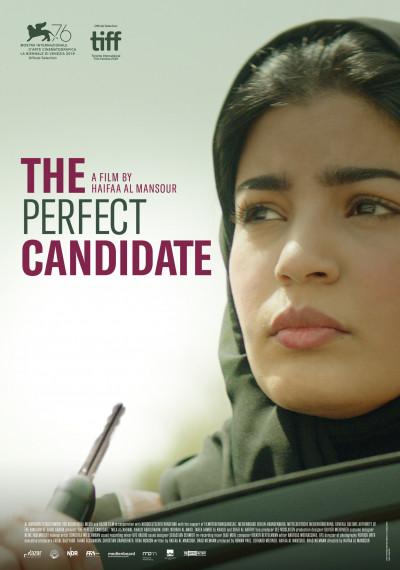 Humorous, entertaining, sophisticated: a quiet Saudi doctor is standing for local council, somewhat against her will, and takes up the fight against her conservative rivals because she wants to have the street in front of her hospital paved. The emancipatory comedy follows the disputes of the doctor, who faces much opposition, combining the main storyline with revealing observations about an Islamic country that insists on strict conservative rules in public, but knows more freedom in private

Some patients do not want to be treated by her and sometimes her higher-ranking colleagues do not have the time or financial means to deal with her valid complaints: the street leading to the clinic is not tarmacked, making it difficult to bring patients to the hospital.

The entrance is dirty because the mud from the unfinished road is constantly being tracked indoors. A burst water pipe makes everything worse. But Mayram’s concerns fall on deaf ears. Unfortunately, under patriarchy, there are more important things to worry about – she must manage on her own.

Maryam believes that this means she should take her fate into her own hands. She promptly applies to be on the local council, to address the problems she encounters. She faces a difficult struggle, of course, running against a much-loved and trusted character, who has been in office for a long time.

To top it off, her candidacy is not taken seriously. In a TV interview, the moderator is keen only to discuss so-called ʺwomen’s issuesʺ, such as green spaces or playgrounds. And a failed viral video in the style of Basil Marceaux brings her further ridicule.

Were ʺThe Perfect Candidateʺ a Hollywood production, Maryam’s father would probably be a tyrant who forbade her from doing anything.

By contrast, Al-Mansour depicts a resigned and faintly depressed man (Khalid Abdulraheem) in mourning for his wife and who, while not remotely enthused by his daughter’s political ambitions, permits her to pursue them nevertheless.

Perhaps it’s because he himself doesn’t believe she can succeed? Either way, he is a travelling musician, rarely at home and has problems of his own.

No help from male chauvinists

Maryam’s sisters Selma and Sara are sometimes helpful and sometimes not. Above all, they’re annoyed at the hassle of it all, but it quickly becomes clear to them that this campaign concerns all of them. Only when they stick together will they be able to ensure that all the women in their community turn out to vote. Maryam is not anticipating any votes from older, chauvinistic men.

Al-Mansour affords us valuable glimpses into a changing society. The image she presents is a great deal more authentic that the image of Saudi Arabia portrayed in the news. Saudi women are not helpless, oppressed creatures. They sing, they dance, they save lives and they stand for local council elections, too.

Of course, even following some reform – like the introduction of driver’s licences for women – they are still living in a patriarchal system, one with more disadvantages for them than benefits. But this intelligent screenplay, co-written by Haifaa Al-Mansour and Brad Niemann, persuades us to consider things in a far more nuanced way, and to stand at Maryam’s side.

A world in turmoil

The storyline also goes far beyond the borders of the country in which it is set. In the last few years, a question has been posed time and again across the world: what makes a perfect candidate? After Brexit, Trump, the elections in Hungary, Brazil or in Germanyʹs Thuringia, we have to ask: how perfect can a candidate be, if he draws on right-wing populist and racist techniques?

We must remember this: electoral success is not an indicator of perfection. And this is a concept which Al-Mansour really takes to heart. In ʺThe Perfect Candidateʺ, she has succeeded in creating a highly intellectual, brilliant commentary on a world in turmoil. An entertaining and insightful film.

The Prophet Muhammad never executed anyone for apostasy, nor encouraged his followers to do so. Nor is criminalising sacrilege based on Islam’s main sacred text, the Koran. In ... END_OF_DOCUMENT_TOKEN_TO_BE_REPLACED

Surging coronavirus cases in many parts of the world have overshadowed the start of this year's Muslim holy month of Ramadan, with festivities once again curtailed by contagion ... END_OF_DOCUMENT_TOKEN_TO_BE_REPLACED

As Qatar prepares to host the 2022 FIFA World Cup, the country has come under fire for its treatment of migrant workers, with some nations calling for a boycott of the contest. ... END_OF_DOCUMENT_TOKEN_TO_BE_REPLACED

German Middle East analyst Guido Steinberg and television journalist Ulrich Tilgner have both published new books on the conflicts in the Middle East. Their analyses and their ... END_OF_DOCUMENT_TOKEN_TO_BE_REPLACED

Televised Turkish dramas are all the rage in the Middle East. A young Ottoman TV Empire has been expanding its soft power by harnessing regional dialects, Arabic names and viewers ... END_OF_DOCUMENT_TOKEN_TO_BE_REPLACED

END_OF_DOCUMENT_TOKEN_TO_BE_REPLACED
Social media
and networks
Subscribe to our
newsletter