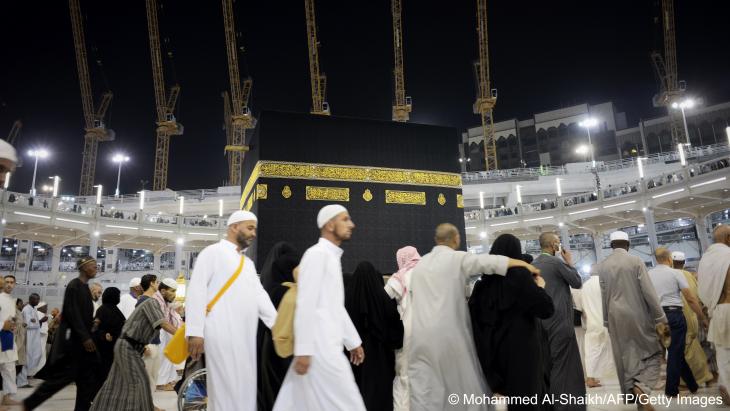 It is Islam's holiest pilgrimage, but the hajj to Mecca in Saudi Arabia has in recent decades been plagued by deadly disasters, from stampedes to militant attacks. Yet the last time the pilgrimage was cancelled outright was in 1798, when Napoleon Bonaparte invaded Egypt.

The coronavirus pandemic did however force the kingdom to radically downscale the 2020 event to just 10,000 people, a far cry from the 2.5 million believers who took part the previous year.

The number increased last year to reach 60,000 vaccinated Saudi residents, but this year the kingdom is gearing up to host one million Muslims from around the world, taking part in the rituals that start on Wednesday.

Here are some recent incidents that have marred the centuries-old rite:

2015 – A stampede during the "stoning of the devil" ritual in Mina, near Mecca, kills up to 2,300 worshippers on 24 Sceptember, in the worst hajj disaster ever.

That comes after more than 100 people are killed and hundreds injured, including many foreigners, when stormy weather topples a crane onto Mecca's Grand Mosque less than two weeks before the pilgrimage.

2006 – Some 364 pilgrims die in a stampede on 12 January during the Mina stoning ritual, in which hajj participants throw pebbles at three headstones to symbolise their rejection of Satan.

This follows a hotel collapse a week earlier in the city centre, which kills 76 people.

The previous year, three pilgrims are crushed to death in a stampede on 22 January at the stoning ceremony.

1994 – During the Mina stoning on 24 May, a stampede kills 270 people, with authorities blaming "record numbers" of pilgrims.

1990 – The failure of a tunnel ventilation system triggers a huge stampede on 2 July that kills 1,426 pilgrims, mainly from Asia.

1989 – A twin attack on the outside of the Grand Mosque on 10 July kills one and wounds 16. Weeks later, 16 Kuwaiti Shias are found guilty and executed.

1979 – Hundreds of gunmen calling for the abdication of the Saudi royal family barricade themselves inside Mecca's Grand Mosque on 20 November, taking dozens of pilgrims hostage. The official toll of the assault and subsequent fighting is 153 dead and 560 wounded.

1987 – Saudi security forces suppress an unauthorised protest by Iranian pilgrims on 31 July in which more than 400 people including 275 Iranians are killed, according to an official toll.

END_OF_DOCUMENT_TOKEN_TO_BE_REPLACED
Social media
and networks
Subscribe to our
newsletter