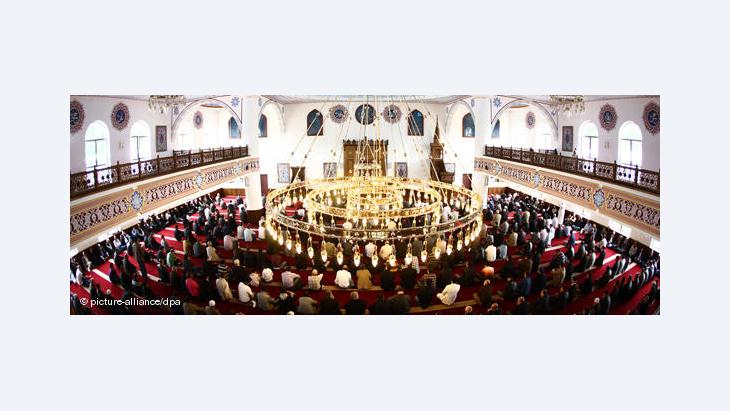 Hamed Abdel-Samad: The Downfall of the Islamic World
A Blatant Lack of Objectivity

﻿In his new book, the Egyptian-German author Hamed Abdel Samad claims that the collapse of Islam and Arab culture is inevitable. Christian Horbach read the book and feels that the author lacks objectivity

Criticism of Islam would appear to be blossoming into a lucrative business in Germany. How else is the abundance of books that amount to little more than a description of the deficiencies of Islam to be explained? With the publication of a book written by the Egyptian-German author Hamed Abdel-Samad, another alleged magnum opus of this genre can be added to this collection.

Born in Egypt and himself a Muslim, Hamed Abdel-Samad claims that in writing this book he was on a humanistic mission; after all, he says, "anyone who really takes Muslims seriously, must criticise Islam."

With untiring intensity, he repeatedly explains to his readers just why he feels the need to leap to the defence of Islam on behalf of humanity: "the downfall of the Arab Islamic world is inevitable. Two principles dominate life and nature: variety and flexibility. Anyone who goes against these principles, dies out. The Islamic world has been doing just that for some time now and will, consequently, fall apart."

"The chronic Muslim state of being offended" 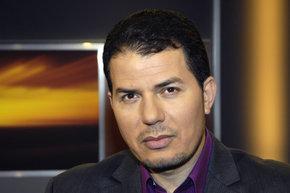 "Anyone who really takes Muslims seriously, must criticise Islam." Hamed Abdel Samad, born in 1972 in Gizeh, Egypt, is a German-Egyptian political scientist, historian and author

​​That, in a nutshell, is the sum of the book's basic assumptions. By describing conditions in the Islamic world and their causes, Abdel-Samad tries to outline the inevitability of the downfall of Islamic culture, yes even the "Islamic idea".

In doing so, he addresses a number of big themes, such as the Muslim reception of history. The average Muslim, he says, feels "at home in the ruins of history" and is neither capable of nor wants to live without a scapegoat for the misery that he himself has caused. He refers to "the chronic Muslim state of being offended".

He also writes of Islam's "anthropological wound", a phrase coined by the Syrian philologist Georg Tarabishi and borrowed from his work by Abdel-Samad. In his own words, Abdel-Samad says that "inside, Islamic culture is ashamed and tries to make up for this fact by demonstratively displaying moral superiority to the outside world".

The chapter in which Hamed Abdel-Samad uses a few graphic examples to illustrate the contents of Arab schoolbooks is both interesting and very disconcerting. The portrayal of the tragic fate suffered by his Egyptian niece, who was first circumcised, then married off at a young age and later taken out of school, also provides food for thought. Again and again, the author succeeds in intermittently awakening in the reader doubts about the functionality of Islamic culture. 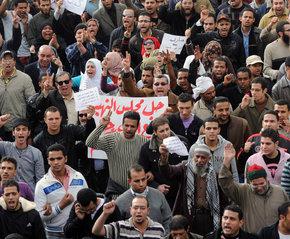 "At home in the ruins of history"? The course of history has refuted the author's theory, writes Horbach. Pictured: pro-democracy protests in Cairo, Egypt, spring 2011

​​The strengths of the book are evident in those passages where Abdel-Samad describes the relationship between honour, genealogy and virginity and their effects on Arab Islamic culture. The author succeeds very comprehensibly in showing that the old Arab clan awareness is still deeply rooted in the minds of many Muslims and the negative consequences that this can have on the development of the individual: "The greatest deficiency of Islam is its attitude to individuality and personal development".

However, as interesting as some of these chapters may be, they all have the same weakness: throughout the course of the book, the author never once takes an objective look at Islam. Instead, Abdel-Samad behaves like an intellectual gone berserk, disparaging and debasing an entire culture wholesale. This hardly sensitive act of reckoning produces some peculiar sentences, for example: "Only paranoid children of incest remain in the Islamic world today." With statements such as this, Abdel-Samad distances himself from an objective approach that is capable of shedding new light on the issue of Islam.

This lack of objectivity leaves Abdel-Samad's arguments open to attack. Although he almost continually speaks of the "Islamic religion", he in fact means "Arab culture". In his introduction, at least, he admits that he can make no statements about Islam in Asia, and that Turkey plays a negligible role in his considerations. However, portraying Islam with its manifold regional variations and differences solely on the basis of a description of the Arab world is destined to failure and inevitably leads to incorrect conclusions. 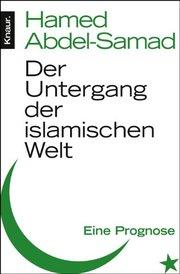 "The downfall of the Arab Islamic world is inevitable." - Cover of Hamed Abdel-Samad's essay

​​Ultimately, in his view of the Arab world and its culture, Abdel-Samad automatically lays the blame for all failings at Islam's door. In his opinion, everything that is going wrong can be attributed to the fact that Islam has thoroughly permeated Arab culture.

Although it certainly cannot be denied that the Arab world is suffering serious problems, especially in the field of political development – and although Abdel-Samad is certainly not blind to possible secular causes of this development, such as incompetent political leadership – he unfortunately makes the mistake of making an almost desperate attempt to link all these unwelcome developments to Islam. Not least the Arab Spring sheds a completely different light on the relationship between religion and the drive for freedom in the Arab world. The course of history has refuted the author's theory.

The way Abdel-Samad tackles the Islamic reform movement is particularly problematic. As if no reforms had ever taken place, he speaks disrespectfully of "so-called Islam reformers". His main charge against people like Tariq Ramadan or the recently deceased Hamid Abu Zaid is that instead of rigorously setting religion aside and concentrating on new realities and the universal enlightenment, they merely sought to reinterpret the Koran.

Quite apart from the fact that in saying this, Abdel-Samad is simply and unacceptably denying the internal development of Islam, a process that has been taking place for hundreds of years, his reproach proves that he has a false notion of religion and faith.

Hamed Abdel-Samad has addressed an important topic and provides a few interesting and intelligent insights into it. Be that as it may, he has not succeeded in writing an intelligent book. Texts such as this are more part of the problem than they are part of the solution.

Nouara may be 65, but she is ready to join thousands of others who burn their ID and pay traffickers for the chance of a new life in Europe. Zineb Bettayeb reports END_OF_DOCUMENT_TOKEN_TO_BE_REPLACED

Education for girls and women is still possible in Afghanistan, says Reinhard Eroes of the Kinderhilfe Afghanistan initiative. In interview with Elisa Rheinheimer, he talks about ... END_OF_DOCUMENT_TOKEN_TO_BE_REPLACED

Locals in the Middle East have said European critics are showing bias and hypocrisy when they condemn Qatar. Observers agree that Qatar has had to deal with more criticism than ... END_OF_DOCUMENT_TOKEN_TO_BE_REPLACED

In Doha, Arabs from Morocco, Tunisia, Egypt and Algeria are gathering to celebrate the first ever FIFA World Cup to be held on Arab soil. The criticism from Europe? Over the top, ... END_OF_DOCUMENT_TOKEN_TO_BE_REPLACED

Canan Topcu came from Turkey to Germany as a child. In her essay, she describes how bothered she was by the racism she encountered in her country of origin when she travelled ... END_OF_DOCUMENT_TOKEN_TO_BE_REPLACED

Comments for this article: A Blatant Lack of Objectivity

On the commentary of the book

Hi
Thank you for this commentary on this Book.
Can you advice me on how and where to purchase this book and preferably in arabic since I do not master german language.
Thank you
Maher Khaldi
maher.khaldi@gmail.com

END_OF_DOCUMENT_TOKEN_TO_BE_REPLACED
Social media
and networks
Subscribe to our
newsletter