On the UNESCO World Heritage list since 2006, Harar in eastern Ethiopia is truly a place apart. Considered the fourth holiest city of Islam and boasting 102 shrines and nearly 100 mosques, Harar is a unique blend of the African and Islamic. With its particular character and architecture, animated markets, crumbling walls and charming people, a visit to Harar is likely stepping back in time. By Pascal Mannaerts 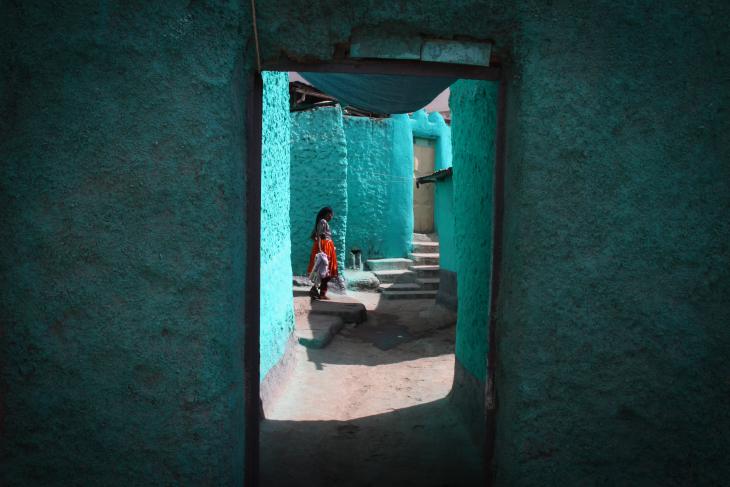 The blue of Harar: the houses in the old quarter are the most spectacular aspect of the city′s cultural heritage. Deceptively plain in appearance on the outside, the traditional houses always feature a courtyard and feature exquisitely designed interiors. The majority of these traditional houses have been preserved 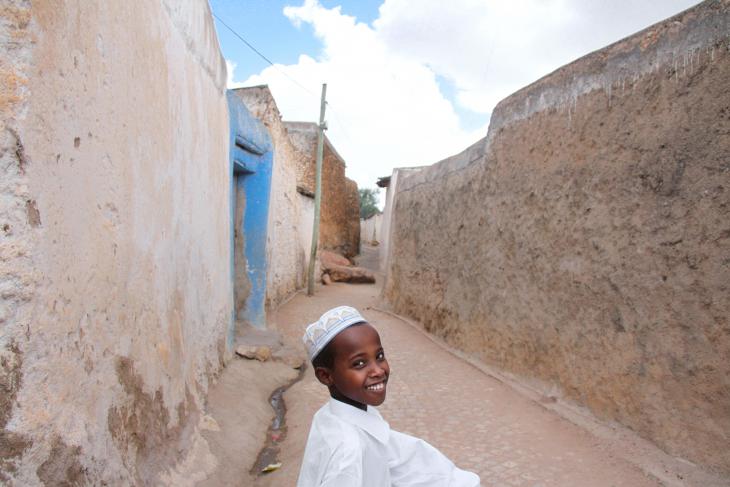 There are more than 362 narrow streets at the heart of town, which covers a single square kilometre. The old quarter also houses some 82 mosques, making Harar the city with the highest concentration of mosques in the world 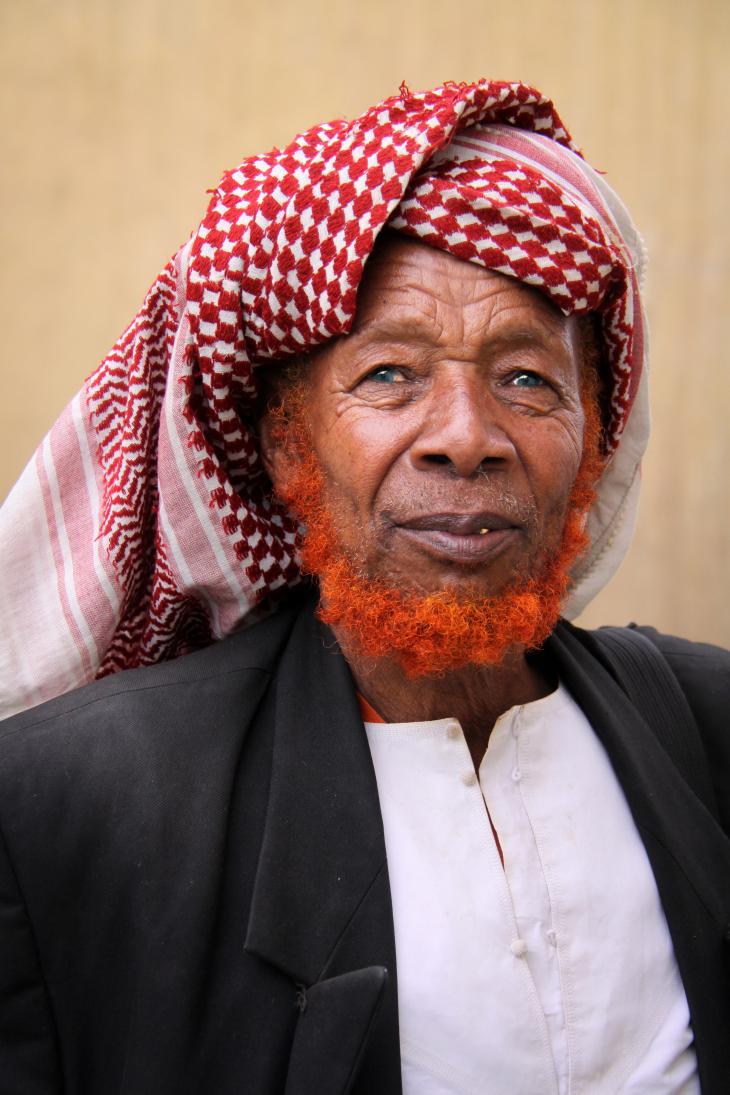 The Hararis, also called ″Geyusu″ (″People of the City″), speak Harari, a language belonging to the Afroasiatic family. Arabic is used for written communications 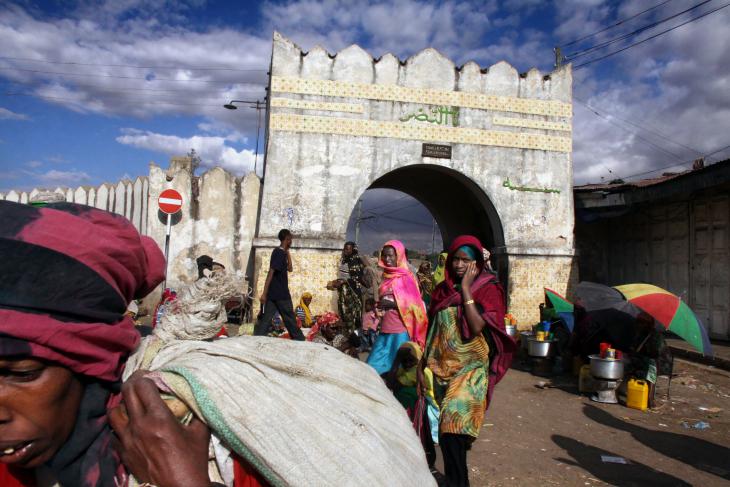 The impressive Shoa gate is one of the five historic gates that provide access to the old town of Harar. Originally these five gates divided the city into five neighbourhoods, a function that has long since been dropped 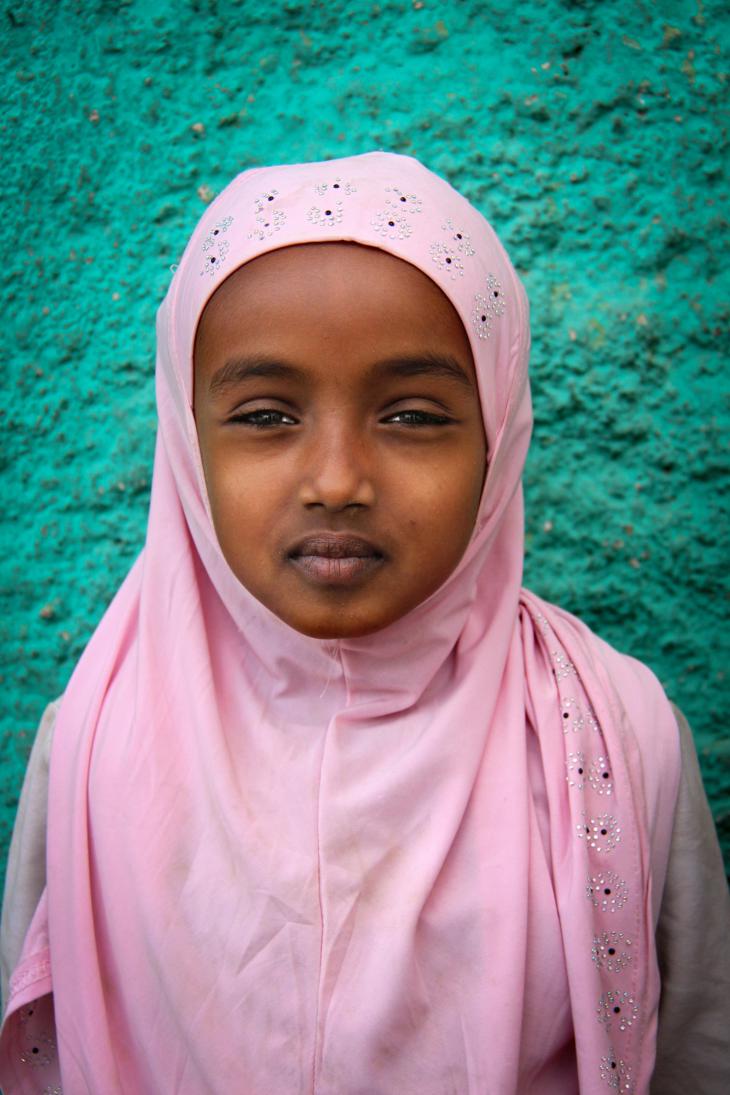 Portrait of a young female inhabitant of Harar. Muslims make up approximately 35% of the Ethiopian population. Islam in Ethiopia is the second-most widely practised religion after Christianity and is the religion of the majority of the Harari, Somali, Afar, Berta and Alaba ethnic groups. Many people from the Oromo and Gurage, the largest ethnic groups in Ethiopia, are also Muslim 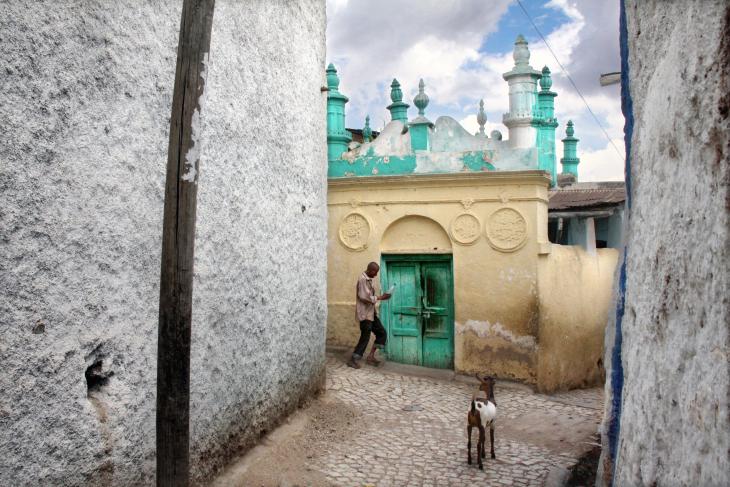 One of the countless mosques in the labyrinth of alleyways. Losing yourself in the alleys of this amazingly beautiful and authentic old town, where time seems to have stood still, makes visiting Harar a truly unique experience 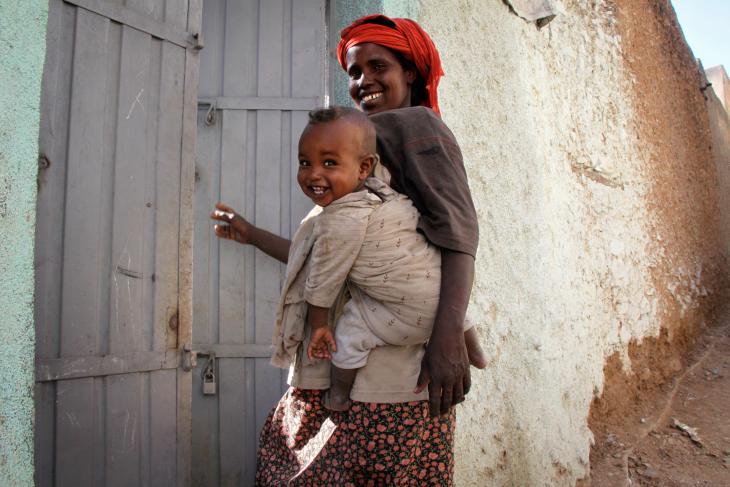 A mother returning home with her baby. Hararis are incredibly welcoming and the warmth of their welcome reinforces the magical appeal of their city 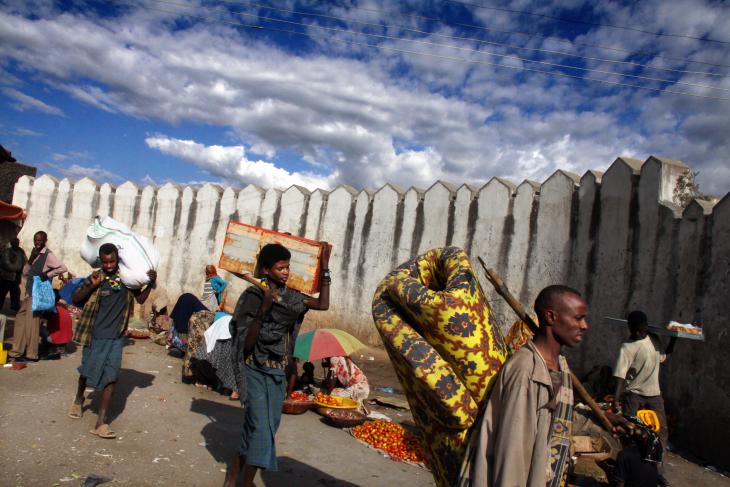 The city walls were built between the 13th and 16th centuries 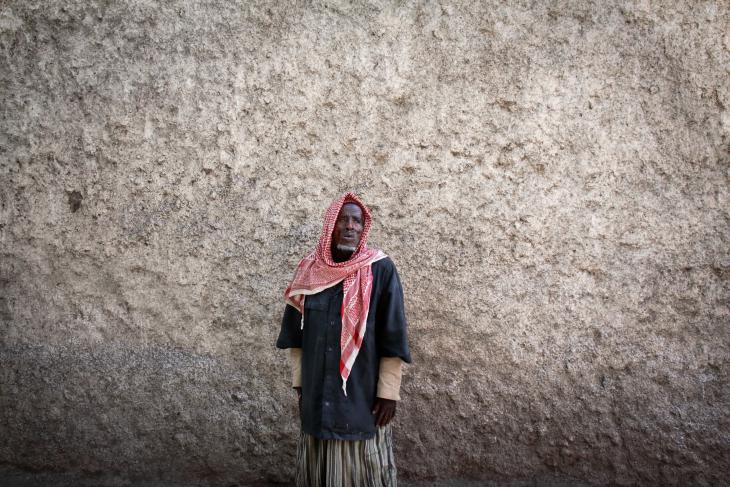 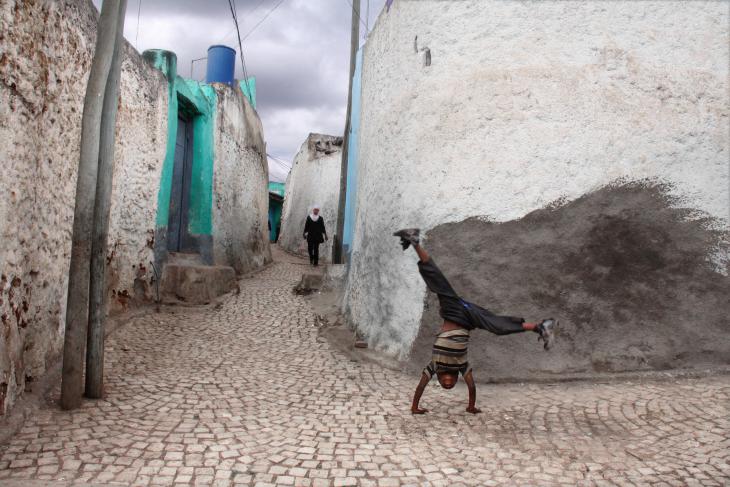 A boy plays in the labyrinthine streets of the Old Town 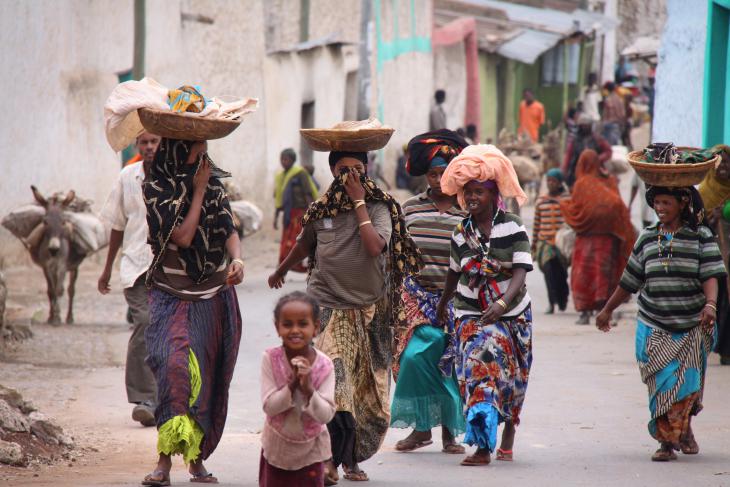 A group of women heading to the central market. Harar has always been a major commercial centre, connected by trade routes to the rest of Ethiopia, the entire Horn of Africa, the Arabian Peninsula, and through its ports, to the outside world. Products exported from Harar include ivory, coffee, tobacco, gold, musk, saffron, mules, corn, ghee, honey, gum and fat 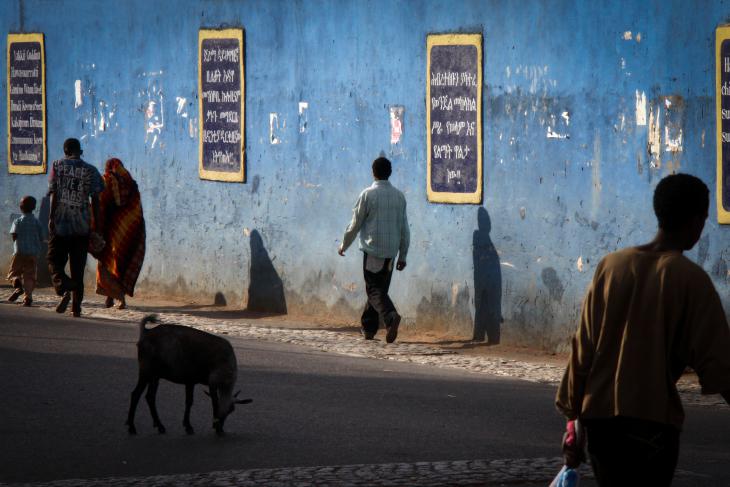 Shadows and contrasts are projected onto the old walls of Harar in the late afternoon sunshine. Harar′s charm lies in the unique juxtaposition of ancient and modern within the city and the peerless preservation of its old quarter 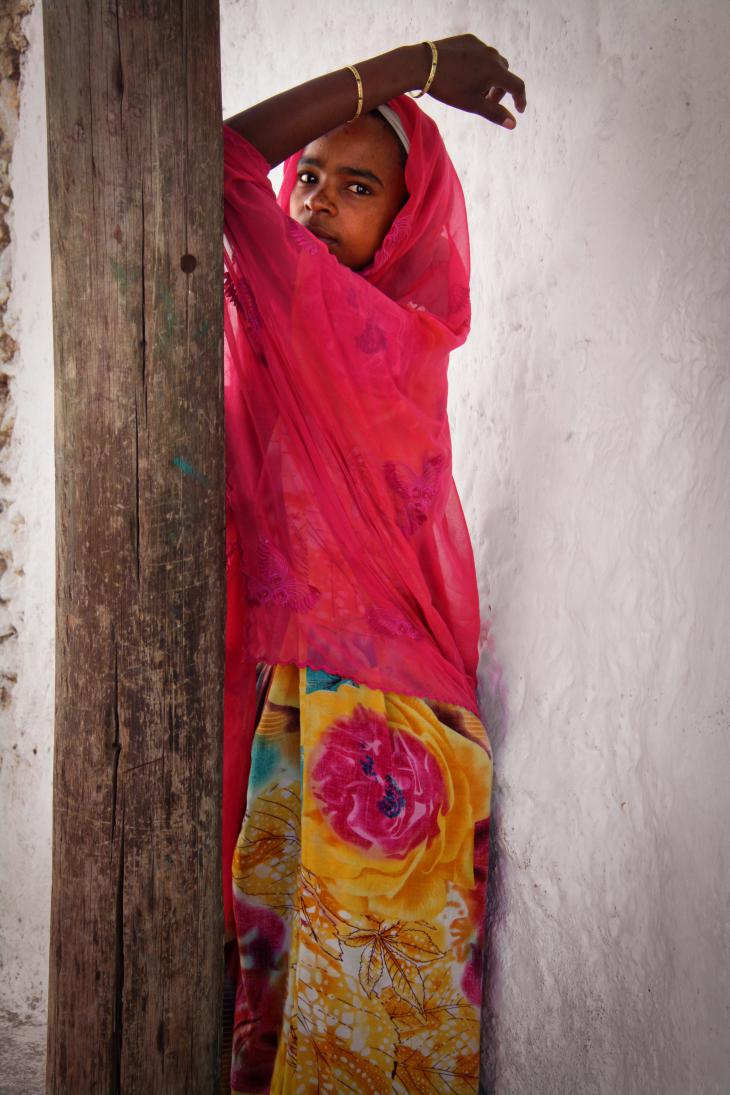 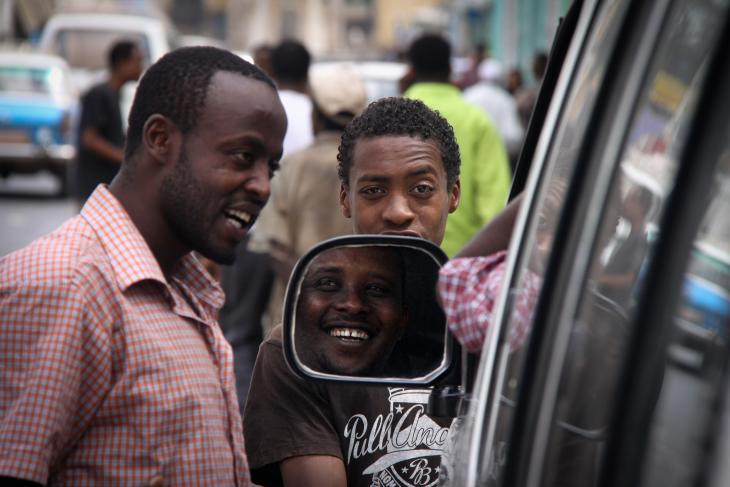 «A secret shared between two people is buried underground; a secret shared by three is scattered in the air». Ethiopian proverb. Three men talk on a busy Harar street 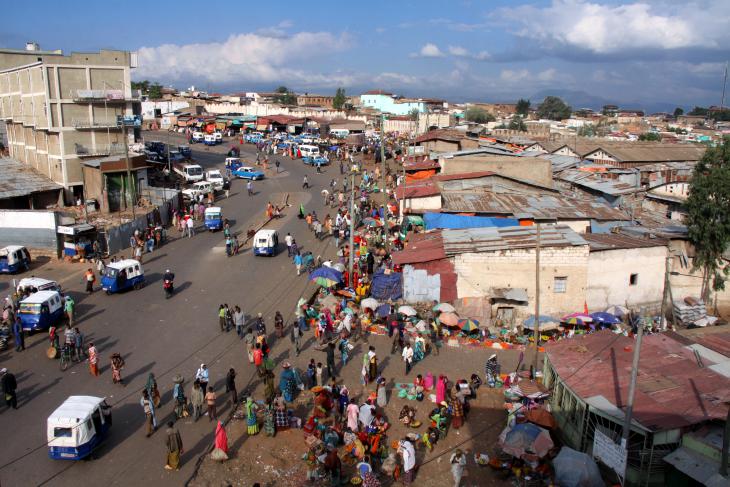 View of the market and the city from Belayneh Hotel on the edge of the Old Town. Harar has become a bustling commercial city. The different trades are grouped by area. Somali, Amhara and Oromo women present their wares – fruit, vegetables, firewood, charcoal – on the ground

END_OF_DOCUMENT_TOKEN_TO_BE_REPLACED
Social media
and networks
Subscribe to our
newsletter