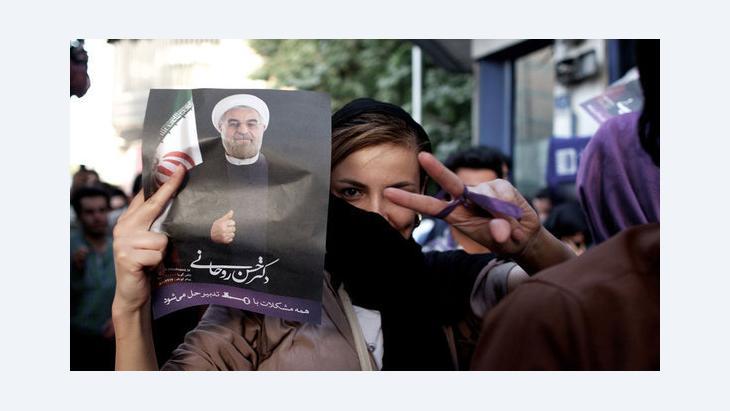 Iran's future president was the only candidate to promise change for the better. Although he is not an opponent of the system, his election nevertheless heralds a new chapter in the history of the Islamic Republic. Commentary by Rudolph Chimelli

Iran's future President Hassan Rouhani owes his victory to popular displeasure and widespread dismay at economic gloom, political repression and international isolation. By virtue of his persona and career trajectory to date, Rouhani was the only candidate to promise a change for the better.

The fact that he triumphed in the first round is a lesson for the conservatives, whose candidates made an embarrassingly poor showing. "Ahmadi, bye-bye" was the chant on the streets of Tehran, where people vented their joy with a concert of car horns. A new chapter can begin – if all goes well.

The Iranian reform movement has been revived from its state of paralysis and restored to a force capable of instigating change. Unlike four years ago, following the controversial re-election of Mahmoud Ahmadinejad, there is no talk of a scam this time around. Many of the Green Movement adherents who were disappointed in 2009 and resigned themselves to the election outcome found new reserves of motivation and voted again in 2013. Rouhani also enjoys the widespread support of young people and women. 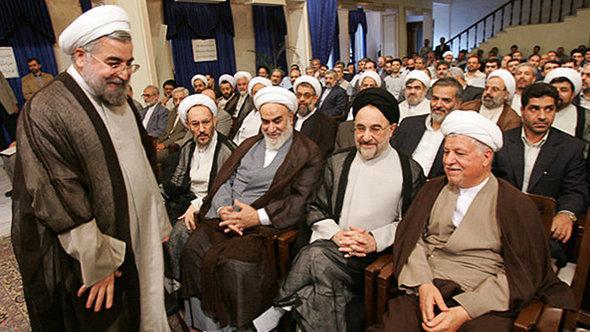 The support Iranian President-elect Hassan Rouhani received from the two former Presidents Khatami and Hashemi Rafsanjani bolstered his campaign and contributed to his victory. It remains to be seen how the new president and the country's spiritual leader, Ayatollah Khamenei, work together

Moderate reformer to save the system

At present, the victor has few enemies. To a considerable degree, his also owes his success to the support of former reformist President Mohammad Khatami and the seasoned pragmatist Hashemi Rafsanjani. Spiritual leader Ayatollah Ali Khamenei made a point of offering his congratulations and called on everyone to support the "President of the entire nation". This is significant: Khamenei still has the last word on all important questions.

Before long, there will be those who claim that everything was a calculated game of billiards – from the choice of candidates, the campaign, right through to the final result – to ensure that in the end the right ball dropped into the right hole. But at least Khamenei is not in the first instance about to put a spoke in Rouhani's wheel. He did not mobilise his people to fix the vote count in favour of conservative protégés, nor did he take any action to hinder Rouhani.

Perhaps the Ayatollah has actually realised that the nation's downward slide cannot be halted with morale-boosting slogans and that he needs a moderate reformer to salvage the system as well as his own position. Rouhani has what it takes to be a strong president.﻿ 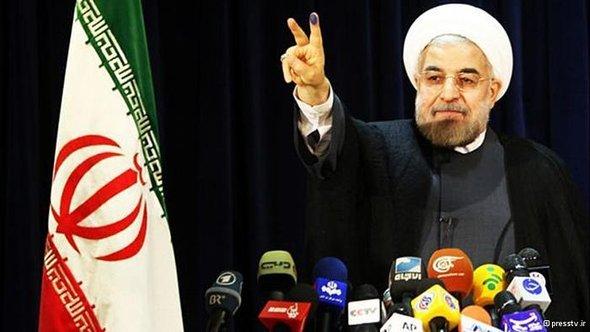 A man the West can do business with? Former British Foreign Secretary Jack Straw met Iranian President-elect Hassan Rouhani during international nuclear negotiations in 2001 and described him as an "engaging individual" who was "straightforward to deal with". He also indicated that he felt Mr Rouhani's victory would bode well for relations with the West

But the new incumbent is not an opponent of the system. He is actually very much part of the apparatus, which he has served in a number of high-ranking posts including as Khamenei's long-time representative on the National Security Council. The Europeans got to know him as a cultivated, personable negotiating partner with whom the vexing nuclear row might almost have been put to rest over the past decade.

But the breakthrough – and no one knew this better than he did – could only have been achieved if the US and Iran had buried the hatchet in advance. When Ahmadinejad the poltergeist assumed power, Rouhani's foreign policy role came to an end. At this point in time, he's not about to try and get his way at all costs.

It was only logical that during the election campaign, the future President would pledge to ease tensions with the West, primarily to alleviate the sanctions that place such a strain on the Iranian economy. These sanctions have resulted in currency decline and prevented the implementation of measures to counter pressing social problems. Fulfilling this promise would be popular, but it will not be easy. Repairing the shattered ties between Iran and the US was a hurdle both Rafsanjani and Khatami failed to clear. 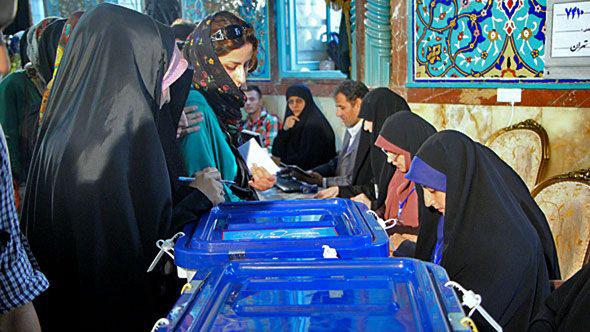 A surprisingly high turn-out: for many, the president-elect is Iran's great hope for change. The list of things he wants to change at domestic level is impressive. Whether he will manage it all depends on other forces in the Iranian state

Furthermore, President Rouhani has announced plans to introduce a charter of civil rights, improve the status of women, free the media from their bonds and end the arbitrary working practices of the intelligence service. He has also promised to make political prisoners a thing of the past.

Nevertheless, he has never expressed any solidarity with the two unfortunate presidential candidates in the 2009 race, Mir Hossein Mousavi and Mehdi Karroubi. Lifting their house arrest would be a test case for this promised programme of liberalisation.

In view of the current situation in the Middle East, now is not the ideal time to be instigating reforms. The internationalisation of the Syrian civil war, with Tehran firmly on the side of President Bashar al-Assad, means it is unlikely that Iran will relinquish any key positions. The same applies to negotiations over the country's nuclear ambitions.

Rouhani is also adamant that his nation has a contractual right to enrich uranium to 20 per cent. Details will have to be discussed with him, but the West must be sure not to pass up the chance of a new beginning. It would be a grave and irreparable error for the West to hold Rouhani at arms' length, just as it once did with Khatami.

Home
Print
Newsletter
More on this topic
Interview with Bahman Nirumand: The Pasdaran Holds the Reins of PowerIran before the Elections: Hunger Strikes and Love LettersMichael Lüders on the Sanctions on Iran: ''The Objective Is Regime Change''Interview with Roxana Saberi on the Elections in Iran: ''The Syrian Situation Is Sending a Message to the Iranians''
Related Topics
Democracy and civil society, Iran's Green movement, Iranian nuclear programme
All Topics

Young women are driving forward the protests against the Iranian regime, which have been going on for months. Literature provides clues as to why that should be, and why the ... END_OF_DOCUMENT_TOKEN_TO_BE_REPLACED

Visiting the country of her parents, murdered by the Iranian regime in 1998, German-Iranian artist Parastou Forouhar finds a changed society: hopeful, strong and courageous, ... END_OF_DOCUMENT_TOKEN_TO_BE_REPLACED

Iran's president Ebrahim Raisi is overseeing an unyielding crackdown. The current situation grimly echoes his role in a purge of political prisoners in 1988 END_OF_DOCUMENT_TOKEN_TO_BE_REPLACED

Ballet performances are prohibited in Iran. In her film "1001 Nights Apart", director Sarvnaz Alambeigi documents the history of dance in the Islamic Republic. By Fahimeh Farsaie END_OF_DOCUMENT_TOKEN_TO_BE_REPLACED

Chinese President Xi Jinping's visit to Saudi Arabia in December 2022 may have rattled Washington, but it simply highlighted the Arabs’ desire to diversify their foreign relations ... END_OF_DOCUMENT_TOKEN_TO_BE_REPLACED

There are signs of an imminent normalisation of relations between Turkey and Syria. This would allow Erdogan to score political points domestically before the upcoming elections ... END_OF_DOCUMENT_TOKEN_TO_BE_REPLACED
Author:
Rudolph Chimelli
Date:
Mail:
Send via mail

END_OF_DOCUMENT_TOKEN_TO_BE_REPLACED
Social media
and networks
Subscribe to our
newsletter