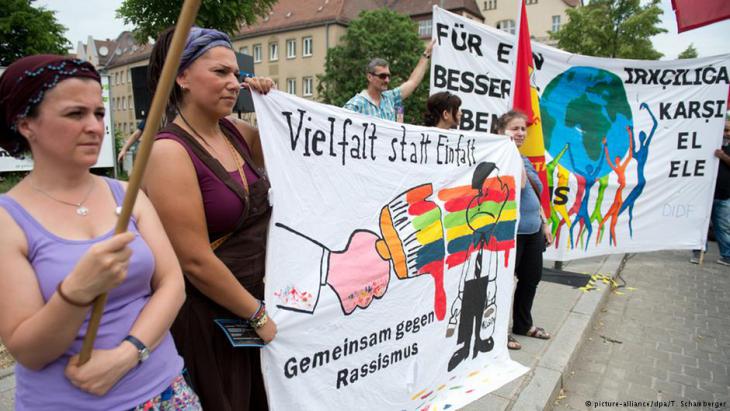 Thanks to the divisive rhetoric of US President-elect Donald Trump, respect for human rights took a battering during the US election campaign. All the more important therefore that Germany and its European partners remain committed to upholding them. By Hugh Williamson

The Institute recently published a report on the matter. The document is important not only for its findings, but also for its genesis. It was commissioned and paid for by Germany′s federal government as part of its role as this year′s chair of the Organisation for Security and Co-operation in Europe (OSCE). The report assesses Germany′s performance in meeting a range of human-rights standards that apply to all the OSCE′s 57 members.

Unlike the United Nations, the OSCE has no mechanism for monitoring human rights in its member countries, which include European nations, the USA, Canada and countries of the former Soviet Union. This is a major problem in a region where serious human-rights violations and restrictions on basic freedoms are common.

Critical of the police and judiciary

For this reason, Germany′s decision to commission this study – a voluntary monitoring of its own human-rights performance – is most welcome. The German Institute for Human Rights decided on the report′s focus. Both government agencies and civil-society organisations made submissions. 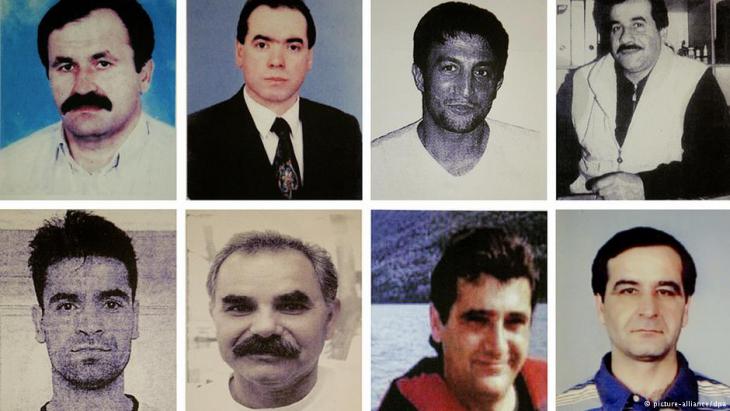 The National Socialist Underground murders were a series of racist murders by the German Neo-Nazi group National Socialist Underground. The NSU perpetrated the attacks between 2000 and 2007 throughout Germany, leaving ten people dead and one wounded. Primary targets were ethnic Turks but also Kurds, though the victims also included one ethnic Greek and one ethnic German policewoman

The report defines hate crimes as being ″motivated by group-based bias″. It criticises the police and judiciary for their handling of the investigations into at least 10 murders between 2000 and 2007 by the neo-Nazi terrorists of the National Socialist Underground (NSU).It states there are clear ″deficiencies″ in the way hate-crime legislation is applied, especially in regard to the victims of those crimes. Germany needs to better train police and the judiciary on protecting victims, the report demands. It also calls for more comprehensive data concerning the alleged perpetrators of hate crimes, including on the numbers of cases prosecuted and rulings passed.

Germany is the third OSCE chair to commission a self-evaluation of this kind. Switzerland led the way in 2014 followed by Serbia in 2015. Switzerland says its report has led to government steps to improve human rights, for instance by better training Swiss diplomats on human trafficking.

Germany′s self-evaluation is an important signal to other OSCE members that the organisation′s human-rights standards are a vital part of its approach to protecting security in the region. It is now up to Germany to take the next step and act on the report′s recommendations, putting into practice this human-rights commitment.It is vital that Germany set a good example. Respect for human rights has suffered from the divisive rhetoric of US President-elect Donald Trump during the US election campaign.

As Kenneth Roth, executive director at Human Rights Watch, has said, ″He found a path to the White House through a campaign marked by misogyny, racism and xenophobia, but that′s not a route to successful governance. President-elect Trump should commit to leading the US in a manner that fully respects and promotes human rights for everyone.″

In this worrisome context, it is important that European governments stay unwaveringly committed to upholding human rights.

Hugh Williamson is the director of the Europe and Central Asia division of Human Rights Watch. Human Rights Watch was one of the civil-society organisations that made submissions to the German Institute for Human Rights for the report mentioned in this comment.

Ever since a 2007 decree by the Canadian parliament, October has been celebrated as the country's Islamic History Month. Four weeks of events across the country highlight the ... END_OF_DOCUMENT_TOKEN_TO_BE_REPLACED

Iranian-Canadian author Ava Farmehri’s debut novel paints a bleak picture of growing up in Iran after the Islamic Revolution. The book is both a prison novel and a reflection on ... END_OF_DOCUMENT_TOKEN_TO_BE_REPLACED

Last week Egypt's police stepped up an "unprecedented escalation" on activists by arresting a leading rights group director. Advocates on the Nile have long weathered a crackdown ... END_OF_DOCUMENT_TOKEN_TO_BE_REPLACED

In France and in Canada's Francophone province of Quebec issues of personal freedom have recently been thrown into sharp relief. In Quebec, legal proceedings have been initiated ... END_OF_DOCUMENT_TOKEN_TO_BE_REPLACED

A friend of the murdered journalist Jamal Khashoggi, Omar Abdulaziz is a thorn in the side of Saudi Arabia. Living in exile in Canada, the activist has been warned by the police ... END_OF_DOCUMENT_TOKEN_TO_BE_REPLACED

In 2017, Sarah Hegazy was arrested in Cairo for displaying a rainbow flag, the symbol for homosexuality and queerness, at a concert. The activist recently took her own life in ... END_OF_DOCUMENT_TOKEN_TO_BE_REPLACED
Date:
Mail:
Send via mail

END_OF_DOCUMENT_TOKEN_TO_BE_REPLACED
Social media
and networks
Subscribe to our
newsletter