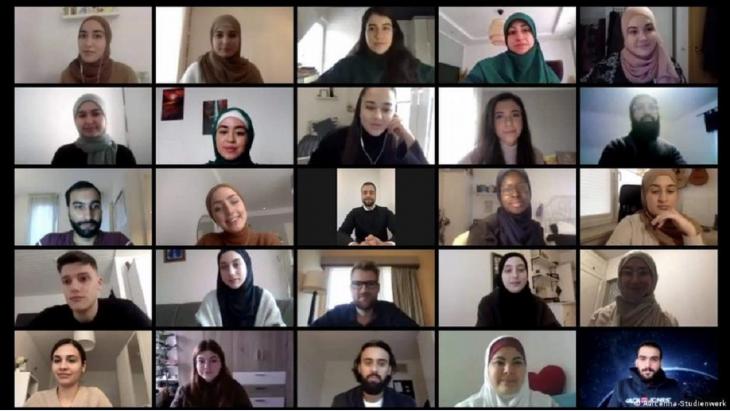 German Muslim students became the target of a vicious online campaign following a digital meeting at the beginning of February with federal politician and high-ranking Christian Democrat Norbert Rottgen. By Peter Hille

Nada Knani and her fellow scholarship holders had prepared well for their February 7 digital meeting with Norbert Rottgen, a member of Chancellor Angela Merkel's Christian Democrats (CDU). The university students had worked on various topics in small groups: environmental policy, the CDU after the Merkel era and managing the coronavirus pandemic. They had a lot of questions ready.

But these beneficiaries of the Avicenna Studienwerk, a German scholarship organisation for Muslim students and researchers, were not at all prepared for the torrent of online hostility, hate and provocation that they would face after the discussion. Rottgen had posted a picture of the digital meeting on social media platforms, showing 25 young people, some wearing headscarves.

"Once it had started, we knew it was not going to stop," said Nada Knani, a 22-year-old organiser of the meeting. "More and more comments came, many of them full of hate," she continued. "Things like that are shared in far-right groups; they organise concerted action there. It was an inferno."

Knani and her fellow students asked Rottgen to obscure the names of the participants. He then deleted any posts that allowed the students to be identified. "It is unbelievable what hate is directed at young people because of their beliefs," he wrote. "I found our discussion very fruitful and recommend such exchanges to everyone."

But the mockery continued. It appeared that for some, a headscarf was enough to disqualify the wearer from being regarded as human. "It doesn't matter how much you invest in your education, in your career," added Knani. "You are still reduced to being a Muslim woman. You are just the woman with the headscarf."
Widespread prejudice against Muslims
Yasemin El-Menouar heads the Bertelsmann Stiftung's Religion Monitor, which examines religion and societal cohesion. "Muslims who can be recognised as such by their appearance, through wearing a headscarf, for example, are particularly liable to face such hostility," explained El-Menouar. "And that has nothing at all to do with how well they fit into the society. A lot of Muslims in Germany are confronted with this from childhood on."
El-Menouar said the Religion Monitor surveys had revealed widespread prejudice against Muslims. "Over the last 10 years, scepticism about Islam has taken root in half the population," El-Menouar said. "And that often leads to prejudices not being recognised as prejudices anymore." Islamophobic sentiments are expressed with greater openness and freedom in such a climate, El-Menouar said: "The Internet definitely plays a role here, because the common rules for social interaction are basically not in force."

Real-life violence has followed online racism in the past. On 19 February 2020, a man killed nine people in shootings at two hookah bars in the central German town of Hanau after publishing a racist manifesto on the Internet.

"That is why it is important for us to make it clear that we do not accept it when people stir up hatred online," the German government's integration commissioner, Annette Widmann-Mauz, asserted. "The law enforcement authorities have to be able to follow up on such serious cases of insult and defamation in social media early on and of their own accord. It mustn't be a case of victims having to lodge a complaint themselves. State prosecutors have to take action on their own account."
Hate speech law
A new law on hate speech is intended to make this easier. The German government had taken the issue to the highest political level with its Cabinet committee on right-wing extremism and racism, Widmann-Mauz said. In addition, she said, there were plans to set up a help hotline for those who have received hateful comments online, and to collect more data to create a barometer on racism and Islamophobia. 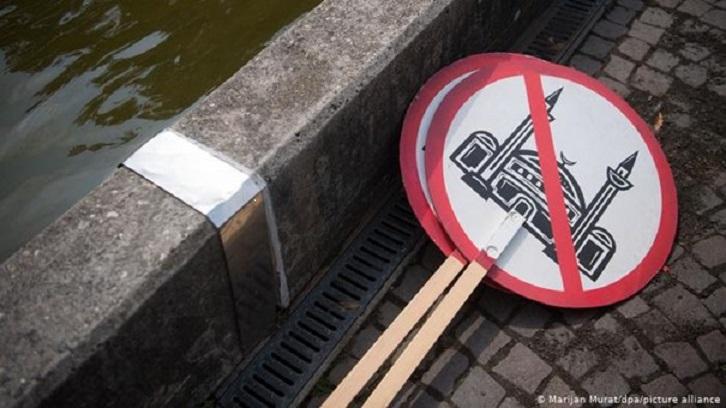 Popular acceptance of Islamophobic sentiments has increased: "Over the last 10 years, scepticism about Islam has taken root in half the population," says El-Menouar from the Bertelsmann Stiftung's Religion Monitor. "And that often leads to prejudices not being recognised as prejudices anymore. We have to make encounters possible and address these issues early on, even at school. And that is still happening too little"

"We have to combat this form of Islamophobia much more strongly so that people don't let themselves be intimidated when living out their faith," Widmann-Mauz said. She said she hoped that more concrete proposals would be put forward next year by an Islamophobia working group set up by the government.

El-Menouar is one of the members of this group. She said her research had found that non-Muslims have fewer prejudices when they have more personal contact with Muslims. "We have to make encounters possible and address these issues early on, even at school," she said. "And that is still happening too little."

Knani, who studies international relations and development policy in Duisburg, said it was the first time that she had faced such vicious hostility. She, a believing Muslim, does not wear a headscarf and grew up in regions where lots of people had a history of migration. But many of her fellow scholarship holders have had negative experiences already.

The managing director of the Avicenna Studienwerk, Hakan Tosuner, also took part in the digital meeting with Rottgen and saw first-hand the anti-Muslim backlash that followed. "We had never experienced it to this extent before," admitted Tosuner. "But it was only a question of time before we were also hit by Islamophobia in this way."

"We were all shocked and frustrated," Tosuner said. "We were actually doing something very normal, something that young people in Germany should do: exchange views with politicians and decision-makers and enter into a constructive, critical dialogue with them. That is why it is simply very sad that something like [the talk with Rottgen] on social media had such consequences."

"We can demand acceptance"

Knani said she had learned from the ordeal. "It is obvious that you shouldn't hide yourself," she said. "But, on the other hand, there are these hate-filled people in front of their screens. That makes things hard. But we have to learn to deal with it with self-assurance. We shouldn't beg for tolerance from a position of fear. Acceptance is not a matter of charity: we can demand it."

Tosuner has now made it a priority to shield scholarship holders from hostility. But, he said, discussion is now going on at the Avicenna Studienwerk on to how to combat Islamophobia more strongly. "You can also learn from such crisis situations, from these bad experiences, and try to steer them in a positive direction, by exchanging ideas and taking joint action against hate," he said.

But, Tosuner said, it is important that Germany not only pay attention to young and talented Muslims when issues of Islam and hate speech come into play. He noted that Avicenna's scholarship holders also have plenty to say about genetic technology, educational justice and the coronavirus pandemic.

Home
Print
Newsletter
More on this topic
Racist attack on Hanau: Not the only Nazi ideologue...Islamophobia in Germany: "We need a new debate about racism"Anti-Muslim racism: Merkel and "the danger of self-Islamisation"Against hate and exclusion: For a new co-existenceThe Avicenna scholarship programme: Cosmopolitan and female
Related Topics
AfD | Alternative for Germany, Democracy and civil society, Dialogue of Cultures | Intercultural Dialogue, Freedom of religion, Human rights, Islam in Germany, Islamophobia, Muslims in the West, Racism | discrimination, Right-wing populism
All Topics

Her grandparents are Jews – born in Tunisia and Algeria. Director Cleo Cohen has now broken the silence about this with a very personal debut. By Nadine Wojcik END_OF_DOCUMENT_TOKEN_TO_BE_REPLACED

Life imprisonment for crimes against humanity: that was the sentence handed down to Anwar Raslan in the world's first trial of a member of the Syrian torture system. Matthias von ... END_OF_DOCUMENT_TOKEN_TO_BE_REPLACED

Every year in December, the team at Qantara.de takes a look back at the articles that proved most popular with our readers. This year is no different. Here is a run-down of the ... END_OF_DOCUMENT_TOKEN_TO_BE_REPLACED

With his new album, "A Voice Keeps Calling Me", the Persian santur player Kioomars Musayyebi is building bridges from Iran across the Arab world to European early music. By Stefan ... END_OF_DOCUMENT_TOKEN_TO_BE_REPLACED

Former lawyer Said Haider has invented a chatbot for those seeking advice on anti-discrimination issues – Meta is the first chatbot of its kind in the world. In conversation with ... END_OF_DOCUMENT_TOKEN_TO_BE_REPLACED

Benjamin Idriz, imam of the mosque in Penzberg near Munich, is one of the most prominent representatives of Islam in Germany. He sees his role as building bridges to mainstream ... END_OF_DOCUMENT_TOKEN_TO_BE_REPLACED
Author:
Peter Hille
Date:
Mail:
Send via mail

END_OF_DOCUMENT_TOKEN_TO_BE_REPLACED
Social media
and networks
Subscribe to our
newsletter