″Haymatloz″ – a film documentary
How Ataturk rescued the Jews

Highlighting a chapter of German-Turkish history that has largely been forgotten, Eren Onsoz′ ″Haymatloz″ tells the stories of five German Jewish academics who emigrated to Turkey in the 1930s, to be welcomed with open arms. By Heike Mund

As far as the Germans are concerned, he′s "the Turk", but for the Turks, he′s "the German," laughs Enver Hirsch, a businessman who works in both Turkey and Germany. His father, a German Jewish migrant and lawyer, wrote Turkish legal texts that are still valid today – including the country′s trade law.

Kurt Heilbronn, a psychotherapist, also moves back and forth between Germany and Turkey. His father, founder of the Istanbul Botanical Garden, was a respected plant geneticist in Germany before the Nazis chased him out in 1933. Kemal Ataturk, the founding father of modern-day Turkey, offered him a professorship in Istanbul.

Ataturk actively pursued a sweeping university reform in the late 1920s, with the aim of turning Turkey into a modern country – no matter the cost. The German professors who fled Nazi Germany were welcomed with open arms and helped build Turkey′s university system.

Ataturk outlawed Arabic letters and introduced the Latin alphabet. Young Turkish students were to receive a sound education, just like their fellow students in the West. Women, who were no longer required to wear a veil, flocked to the universities, says Eren Onsoz, director of the documentary "Haymatloz". 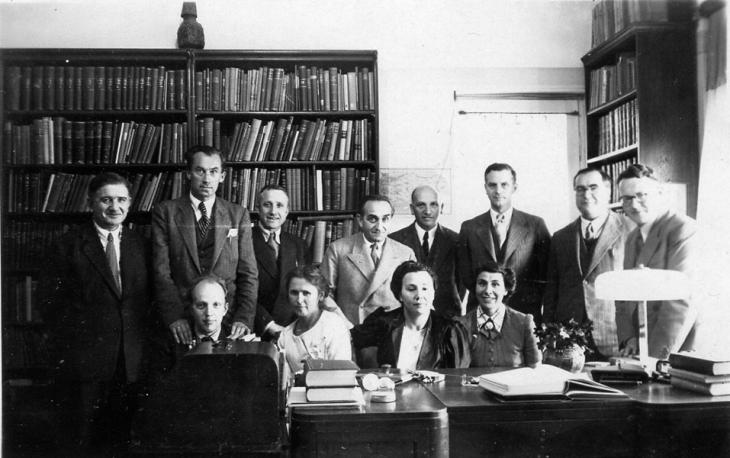 The families of all five of the film′s protagonists managed to flee persecution by the Nazis in 1933. Many decades later, these Jewish emigrants′ children reminisce about their childhoods, about growing up in Istanbul or in Ankara – and what awaited them in post-war Germany, where Jewish returnees were anything but welcome

The film highlights a chapter of German-Turkish history that has largely been forgotten, telling the stories of five German emigrants who worked as professors at Turkish academies, universities, ministries and in public office. In Turkey, they weren′t labelled as Jews, but rather regarded as the "Germans". They taught generations of Turkish students.

After Hitler seized power, Jewish scientists and professors were no longer allowed to hold official positions. Many fled to Switzerland, where they turned to the Emergency Association of German Science Abroad, founded in Zurich in 1933 by a German emigrant, Philipp Schwartz. The association helped more than 2,600 persecuted academics escape and find posts at foreign universities. In the winter semester of 1933/34, Istanbul University hired 30 Jewish professors.

The families of all five of the film′s protagonists managed to flee persecution by the Nazis in 1933. Many decades later, these Jewish emigrants′ children reminisce about their childhoods, about growing up in Istanbul or in Ankara – and what awaited them in post-war Germany, where Jewish returnees were anything but welcome and where no one spoke about the fate of the German Jews. 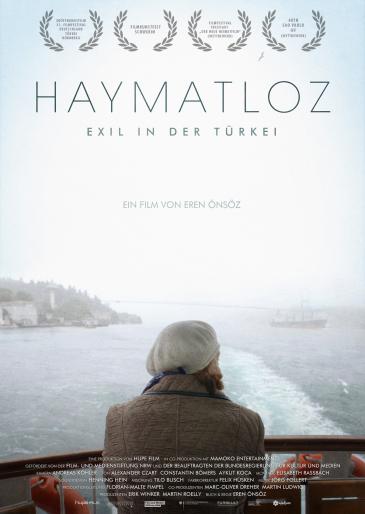 "Haymatloz – Exile in Turkey" was released in Germany on 27 October 2016. The documentary is also in the running at the International Film Festival in Sao Paulo/Brazil, which closes on 2 November 2016

"We would have ended up in Auschwitz, too," says Susan Ferenz-Schwartz, averting her eyes. "That was the only alternative."

She was a one-year-old toddler when her family fled to Turkey, and remembers "a great life in Istanbul, but still marked by experiencing fear coming from non-Jewish Germans in the area."

"Haymatloz" is a beautiful film, directed with a great sense of timing and superb cinematography, with a strong political focus towards the end.

The film′s protagonists are concerned about a country where, step by step, President Recep Tayyip Erdogan is undoing Ataturk′s achievements and Turkey′s social progress.

More than ever before, he feels caught between two worlds, says Kurt Heilbronn, head of a psychological and social support centre for refugees in Frankfurt: "I can′t stand spending too much time either in Germany or in Turkey, so I travel back and forth a lot," he laughs.

"It′s our fate that we′re no man′s people, that we aren′t at home anywhere," Susan Ferenz-Schwartz says wistfully. Thanks to the organisation her father founded in 1933, the Emergency Association of German Science Abroad, Kurt Heilbronn′s father made it safely to Turkey.

"That′s fate, that′s kismet," Ferenz-Schwartz concludes at the end of the film.

Home
Print
Newsletter
More on this topic
The Nazi glorification of Ataturk: Ankara's shining star Talking Turkey: ″What happens on the Bosphorus affects us all″The Syrian Musicians′ Orchestra play Istanbul: Hosts of honour
Related Topics
Ataturk, Education, History of the Near and Middle East, Jews in the Islamic world, Judaism | Jews
All Topics

Many Turks are dissatisfied with the international status of their country. At the same time, opinion polls reveal great scepticism among the Turkish population towards the USA. ... END_OF_DOCUMENT_TOKEN_TO_BE_REPLACED

The German government is planning to legalise cannabis before the end of this legislative period. So what does Islam have to say about its consumption? Will changing the law alter ... END_OF_DOCUMENT_TOKEN_TO_BE_REPLACED

In his latest book, Navid Kermani poses questions about God. It feels like no one could have done it better. His writing elicits smiles, doubt and wonder. By Melanie Christina Mohr END_OF_DOCUMENT_TOKEN_TO_BE_REPLACED

Twenty-eight-year-old photojournalist Masrat Zahra documents the situation in India-administered Kashmir with her camera. In this interview with Elisa Rheinheimer, she talks about ... END_OF_DOCUMENT_TOKEN_TO_BE_REPLACED 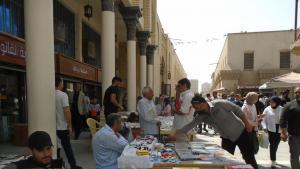 Iraq is in a quandary over Russia and Ukraine. Its attitude toward Kiev is ambivalent, yet it still hopes to emerge as one of the winners in this war. If Russia fails as an oil ... END_OF_DOCUMENT_TOKEN_TO_BE_REPLACED
Author:
Heike Mund
Date:
Mail:
Send via mail

END_OF_DOCUMENT_TOKEN_TO_BE_REPLACED
Social media
and networks
Subscribe to our
newsletter