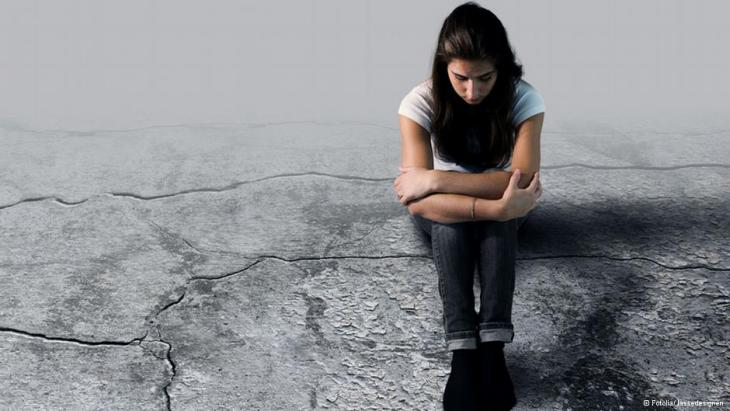 Health and immigration in Germany
Language barriers to psychotherapy for immigrants

Language is a crucial part of therapy when treating psychological disorders. Yet how is therapy possible when the therapist and the patient don't even speak the same language? This is often a huge problem for immigrants. Marcus Lütticke has the details

According to a recent study by the Robert Koch Institute, around one third of all adults in Germany suffer – at least temporarily – from a psychological disorder every year. Not all of these disorders, however, require treatment with therapy. Quite often, relaxation exercises or a change in the personal environment are enough to relieve symptoms. But if the psychological stress proves to great, psychotherapeutic help should be sought.

Finding an appropriate therapist is not easy. For one thing, there is often a long waiting period. For another, it is extremely important in psychotherapy that the therapist and the patient understand each other, both personally as well as linguistically.

This is a huge problem for people with a migrant background, who have inadequate or no command of the German language. While it is often possible for a friend or member of the family to translate when visiting the doctor, this is generally not an option for psychotherapeutic treatment – the issues dealt with during a session are much too personal, and it is often the case that family situations and the patient's social milieu are discussed during therapy. 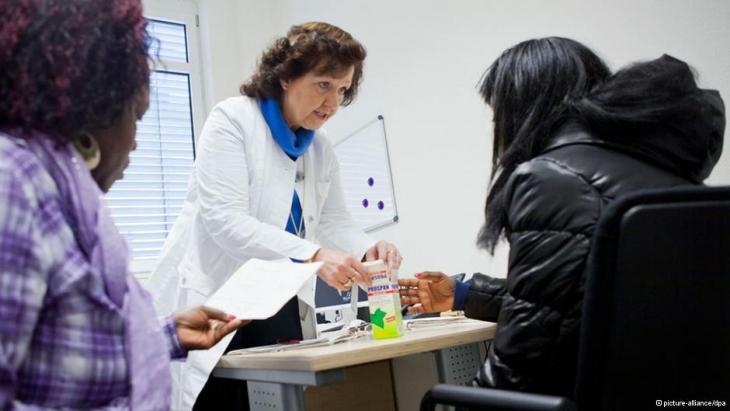 Face-to-face interaction with people with a migration background: specially qualified interpreters help doctors to communicate with their patients

This gap could be filled by specially trained interpreters, who also possess the necessary psychological and cultural knowledge. Based on a project launched by Diakonie Wuppertal, a Protestant social welfare organisation in the city of Wuppertal, a language and integration mediator service called SprInt (Sprach- und Integrationsmittler) currently operates in nine German states, providing uniformly qualified and certified mediators. For the most part, the mediators in SprInt are themselves immigrants, who have been prepared for their profession through an 18-month qualification programme. At the end of their training, the participants receive a SprInt certificate, which is valid nation-wide and is awarded from three German universities.

Heike Timmen heads the project in Wuppertal. She says that SprInt can be used in a variety of situations. "The language and integration mediators can work in employment offices when there are jobs on offer. They can also be engaged to help out in therapy sessions, where they could be integrated into long-term treatment programmes." In this case, they act as mediators between the therapist and the patient.

The responses from professional therapists have been largely positive, reports Timmen. "Of course, there are also those that say that a third person in the room can be something of a hindrance." Then again, Timmen has also been told that this three-person constellation often allows the therapist to pay closer attention to the body language of the patient.

This aspect has also been confirmed by Rainer Richter, psychological psychotherapist and President of the Federal Chamber of Psychotherapists (BPtK). "Eye contact, facial expressions, and gestures play an especially important role." Nevertheless, the option of using an interpreter is usually only the second-best situation. Ideally, the therapist and patient should speak the same language. This is why the Federal Chamber of Psychotherapists has long been demanding that more psychotherapy be offered by native speaker therapists. 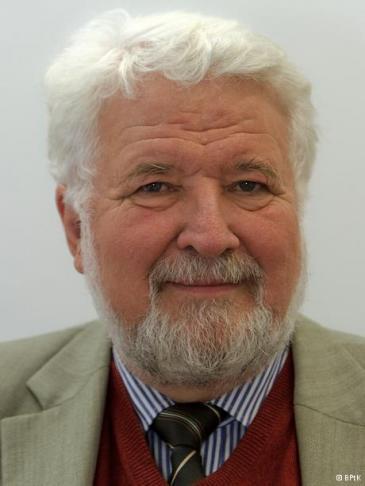 Rainer Richter, president of the German Federal Chamber of Psychotherapists, is of the opinion that Germany suffers from a clear lack of practicing psychotherapists in general. The situation with respect to services for immigrants is even worse

According to Richter, there is no lack of trained therapists with foreign language skills. The problem, he explains, is that they don't get accreditation. As is the case with doctors, Germany limits the number of psychotherapists allowed to open a practice and submit invoices for their services to the health insurance companies. Richter is also of the opinion that Germany suffers from a clear lack of practicing psychotherapists. The situation is far worse with respect to services for immigrants. In areas where the percentage of certain immigrant groups is especially high, a corresponding number of additional therapists should be permitted to set up practice.

The search engines of the Association of Statutory Health Insurance Physicians can help patients check the foreign language qualifications of doctors, psychological psychotherapists, and therapists specialising in treating children and young people. For example, according to the database, the city of Cologne, in which more than 60,000 Turkish passport holders live, has only two psychological psychotherapists who indicate that they speak Turkish.

On the whole, patients are not granted any financial support for therapeutic treatment in their native language or therapy with the aid of an interpreter. According to a judgement handed down by the German Federal Social Court, facilitating linguistic comprehension between a patient and a therapist in a foreign language is not within the scope of services provided by the statutory health insurance system. Some insurance companies, however, voluntarily cover the costs of such services. In April 2013, in response to a brief inquiry made by the Green Party parliamentary group, the German government made it clear that it had no plans to alter the situation.

Giessen, Eichsfeld, Kusel, Berlin – cars bearing old German number plates are the latest trend on the streets of Cairo. Many Egyptians regard the discarded plates as chic. What ... END_OF_DOCUMENT_TOKEN_TO_BE_REPLACED

Tunisia has been going through a severe economic and political crisis in recent years. More than one in three young people there are unemployed. For many skilled, qualified and ... END_OF_DOCUMENT_TOKEN_TO_BE_REPLACED

German imams have publicly expressed their solidarity with the women of Afghanistan. In a letter of protest, the clerics say that the Taliban regime's decree barring women from ... END_OF_DOCUMENT_TOKEN_TO_BE_REPLACED

At the end of every year, the team at Qantara.de gives you a run-down of the ten most-read articles on the site over the past 12 months. Here is a quick overview of the stories ... END_OF_DOCUMENT_TOKEN_TO_BE_REPLACED

Social engagement is often motivated by religious factors. A new book explores the background to these community efforts and appraises how effective they are in helping to ... END_OF_DOCUMENT_TOKEN_TO_BE_REPLACED
Author:
Marcus Lütticke
Date:
Mail:
Send via mail

END_OF_DOCUMENT_TOKEN_TO_BE_REPLACED
Social media
and networks
Subscribe to our
newsletter