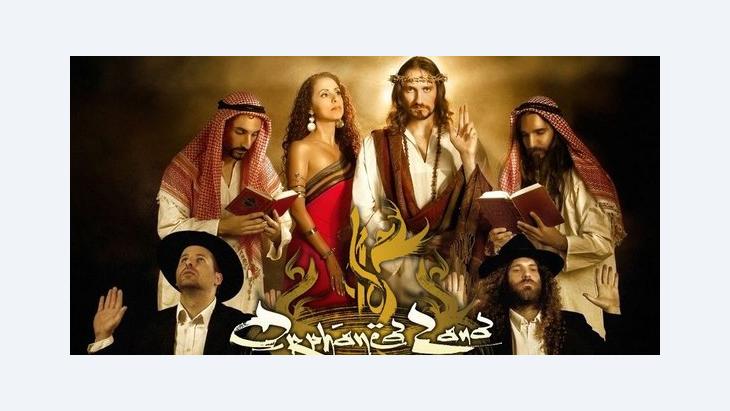 Heavy Metal Unites Jews and Muslims across the Middle East

Peaceful Co-existence as a Real Possibility

Despite the fact that Israel's relations with the Arab and Muslim world have nosedived in recent years, one Israeli heavy metal band has been bringing thousands of Jews and Muslims together. Roi Ben-Yehuda sends us this portrait of a group of unconventional peace-makers

Sometimes change happens in the most unlikely ways, fostered by the most unlikely people. In the last few years, while Israel's relationship with the Arab and Muslim world has drastically deteriorated, an Israeli heavy metal band has been uniting thousands of Jews and Muslims across the Middle East.

Orphaned Land, Israel's biggest heavy metal band, is credited both with pioneering the genre of Middle Eastern metal and with garnering thousands of fans in Muslim-majority and Arab countries, including Turkey, Lebanon, Syria, Jordan, Saudi Arabia and Iran, despite the fact that their music is banned in many of those countries. 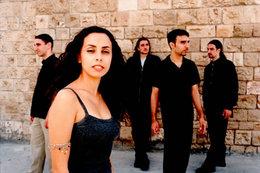 Heavy metal as a means of fostering communication and dialogue in the Middle East: the Israeli band Orphaned Land has brought together fans from all sides of the divide, proving that peaceful co-existence is a real possibility

​​Orphaned Land, whose members are not overtly political, are nevertheless proud of having created a reality of co-existence that has escaped both politicians and peacemakers. They often speak of the power of music to turn purported enemies into friends; frequently pay homage to and encourage collaborations with Arab and Muslim artists; and have made their latest album available to download for free in a number of Middle Eastern and North African countries.

Peace Prize for the "Metal heads"

Reciprocating the band's courageous efforts, Divan, an Iranian rock magazine, featured Orphaned Land on their cover in an eight-page spread. In 2010, the band was awarded a peace prize by Istanbul Commerce University for their contribution to the friendship between Muslims and Jews in the Middle East. And in February, during a five-city tour of Turkey (proceeds from the Istanbul concert went to victims of a recent earthquake), Orphaned Land was awarded The Friendship and Peace Award by Dr Huseyin Tugcu, an advisor to Turkish Prime Minster Recep Tayyip Erdogan.

How did this happen and what can we learn from it? The story of an Israeli band's surprising success in the Muslim and Arab world rests on three pillars: music, examples of cooperation and community.

Heavy metal is a growing genre in the Middle East and North Africa. Orphaned Land pioneered a style that fuses heavy metal with traditional Middle Eastern instruments, melodies and rhythms.

In doing so, they managed not only to tap into a regional aesthetic sensibility, but also to demonstrate that the Jewish people have roots in the Middle East and that engagement with globalisation does not necessarily have to lead to an erasing of local culture.

Singing in English, Arabic and Hebrew, Orphaned Land has peppered its lyrics, which often deal with the struggle of light over darkness, with quotes from the Torah, the New Testament and the Koran – for which, in the case of the Koran, they have received some criticism. With a vision of ecumenical spirituality, Orphaned Land has also managed to connect with an ever-opening religious sensibility that is part and parcel of the modern Middle East.

As for setting an example of cooperation, Orphaned Land has worked with Muslim and Arab artists over the past few years. On their 2010 album, The Never Ending Way of ORwarriOR, the band joined forces with the Arab Orchestra of Nazareth as well as Zen Two, a Jordanian artist who designed the artwork for the album. And just this year, the band, accompanied by a Lebanese belly dancer, embarked on a European tour with a Tunisian and Algerian opening act – the first Jewish-Muslim heavy metal tour of its kind. For Orphaned Land and the artists who work with them, these types of collaborations are small examples proving that co-existence is a real possibility.

Perhaps the most impressive aspect of the Orphaned Land model is the community that has formed around the band. Orphaned Land's official Facebook page has over 60,000 members; fans from all over the world use it to leave messages for the band, add articles and videos, and interact with one another.

Looking at the conflict from a new perspective 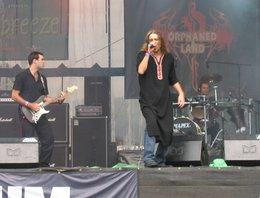 Crossing borders – in every sense of the word: in 2012, Orphaned Land embarked on a European tour with a Tunisian and Algerian opening act, the first Jewish-Muslim heavy metal tour of its kind

​​The importance of the Orphaned Land community lies in the cross-cutting ties and common identities that it has established. Many fans, by their own admission, explain that being a fan of Orphaned Land has transformed the way they understand one another, the conflict and the potential for positive change.

It would be easy to dismiss Orphaned Land as an aberration of no real significance. After all, how does a story of an Israeli band with Arab and Muslim fans compete with headlines about conflict? And yet, to do so is to misunderstand the potentially transformative power that is being created.

Orphaned Land has weakened destructive patterns of perception and communication and helped build new forms of relations and recognition about what is possible. The key is not to invest all our hopes in one heavy metal band, but rather to become aware of how positive change can take root.

Roi Ben-Yehuda is a Professor of Conflict Resolution at the John Jay College of Criminal Justice in New York City. He is also a graduate student at Columbia University and George Mason University.

As someone accustomed to presenting his country to interested outsiders, Israeli teacher and tour guide Noam Yatsiv makes the case for a more nuanced appreciation of the ... END_OF_DOCUMENT_TOKEN_TO_BE_REPLACED

Jewish voices are much more diverse than the public often sees. Jewish men and women who oppose the injustice of Israeli occupation in the West Bank deserve our respect and ... END_OF_DOCUMENT_TOKEN_TO_BE_REPLACED

The Germans have a fragmented perception of the conflict between Israel and the Palestinians, and their discourse is dominated by certain catchphrases. All the while, there is a ... END_OF_DOCUMENT_TOKEN_TO_BE_REPLACED

An unusual organisation brings Jews and Muslims together to fight hate and promote dialogue. In the small central German city of Marburg they have been jointly calling for an end ... END_OF_DOCUMENT_TOKEN_TO_BE_REPLACED

Professor Timothy Brennan's "Places of Mind: A Life of Edward Said" is a detailed biography of one of the most important intellectuals of the twentieth century, taking us on a ... END_OF_DOCUMENT_TOKEN_TO_BE_REPLACED

Yair Lapid, like his late father, is a journalist-turned-politician renowned for his staunchly secular positions. But as the centrist politician edges towards the Israeli ... END_OF_DOCUMENT_TOKEN_TO_BE_REPLACED
Author:
Roi Ben-Yehuda
Date:
Mail:
Send via mail

END_OF_DOCUMENT_TOKEN_TO_BE_REPLACED
Social media
and networks
Subscribe to our
newsletter