They hope Wehr’s dictionary will help "strike the right tone" with a choice of words that will appeal to Arabic speakers. The project is supported with government money. And the Hamburg Jew Hedwig Klein is now tasked with providing entries for the dictionary – which she duly does, as letters preserved in Schaade’s estate testify.

Hedwig Klein analyses modern Arabic literature for the dictionary. She notes the meanings of words on slips of paper and sends them to the editorial office by post. She is paid 10 pfennigs for every slip. Wehr’s people praise "the excellent quality" of her entries. "Though of course it will be completely impossible for her to be credited as a contributor later," as one person involved in the project writes to Arthur Schaade on 8 August 1941.

Her work saves her from the deportation to Riga on 6.12.1941 that the Hamburg security police have planned for her. Five days previously, Schaade writes to the authorities that "The army and war propaganda office have a great interest in seeing this project finished." Fraulein Klein, he says, is "exceptionally well-qualified" for this work on the dictionary and "unfortunately the number of Aryan contributors is not sufficient." Her work has now been "brought into question by the threat of deportation to the East."

This time, Schaade is successful and his former doctoral student escapes deportation. But six months later, there is nothing he can do. On 11 July 1942, Hedwig Klein is transported to Auschwitz on the first train there from Hamburg. She does not survive the death camp. Her sister, mother and grandmother are also murdered.

In an act of remembering unusual for the time, the economic geographer Carl August Rathjens has Hamburg District Court appoint him as Hedwig Klein’s "curator in absentia" in summer 1947.

Then he has 56 copies of her doctoral thesis printed. On 15 August 1947, Hedwig Klein is officially declared a "Doctor of Philosophy". 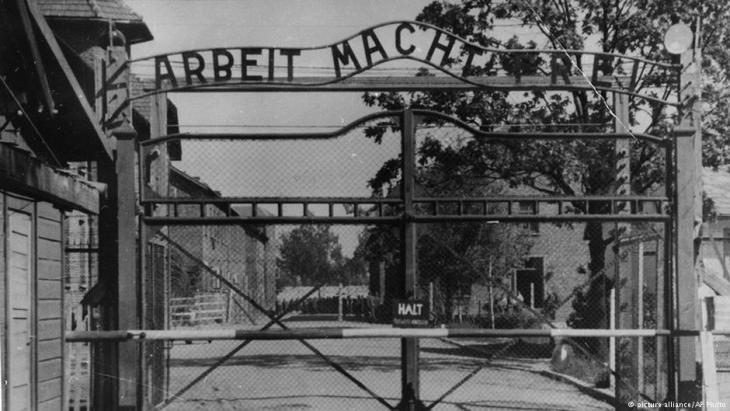 On 11 July 1942, Hedwig Klein was transported to Auschwitz on the first train there from Hamburg. She did not survive the death camp. Her sister, mother and grandmother were also murdered

Hamburg University’s Oriental Studies Department would be peopled by others during the first decades of the Federal Republic of Germany. Take the Islamic Studies scholar Berthold Spuler, for instance. During the war, this member of the Nazi party had been a leading employee of the Ministry for the Occupied Eastern Territories. He had helped to mobilise Muslims for the war on Germany’s side, including those who were Soviet prisoners of war.

From 1948 to 1980, Berthold Spuler held the chair in Islamic Studies at Hamburg University. In 1967, when students unfurled a banner that read "Gowns hide the mildew of 1000 years", Spuler cried out: "You all belong in a concentration camp!"

And Hans Wehr? After the war, he was called to appear before a denazification commission. On 20 July 1947, he wrote in his defence that "I managed to save a Jewish academic colleague, Dr Klein from Hamburg, from transportation to Theresienstadt [sic] in 1941, by requesting that the Gestapo release her for work supposedly important to the war effort, on the Arabic dictionary." The words are taken from his denazification file. Wehr was classed as a "Mitlaufer" (follower); he was ordered to pay 36.40 deutschmarks by way of "atonement" and the legal costs associated with his case.

His dictionary, which was supposed to help with the translation of "Mein Kampf", was not published before the end of the war. It came out in 1952. In the foreword, Wehr thanks "Dr H. Klein", among others, for her help. He fails to mention what happened to her. Today the "Wehr", as the "Dictionary of Modern Written Arabic" is known, is the most-used Arabic dictionary in the world. The German 5th edition was printed in 2011.

But even this latest tome reveals nothing more about "Dr H. Klein". When I enquired, the Harrassowitz publishing company told me that a new edition was in the pipeline. The publishers said they would ask the current editor whether he could insert a note "about the undoubtedly tragic fate of Dr Klein."

The memory of experienced injustice plays a central role in the transformation of societies towards democracy. In the Arab world, the critical study of memory is only just ... END_OF_DOCUMENT_TOKEN_TO_BE_REPLACED

The streaming festival "Female Voice of Afghanistan" by the Zeitgenössische Oper Berlin gives Afghan female musicians a global platform – at a time when their situation has ... END_OF_DOCUMENT_TOKEN_TO_BE_REPLACED

Western states have fought against terrorism not only in Afghanistan, but also in Syria and Iraq – leaving behind people who were once their partners in fear and poverty. Hisham A ... END_OF_DOCUMENT_TOKEN_TO_BE_REPLACED

Newly discovered aerial photographs taken by the German Luftwaffe show what a keen interest the Germans took in British-controlled Palestine during the Second World War. Not only ... END_OF_DOCUMENT_TOKEN_TO_BE_REPLACED

Religions are often a source of conflict. But the worldwide Religions for Peace movement seeks to change that by galvanising interreligious dialogue. Delegates from 90 countries ... END_OF_DOCUMENT_TOKEN_TO_BE_REPLACED

END_OF_DOCUMENT_TOKEN_TO_BE_REPLACED
Social media
and networks
Subscribe to our
newsletter