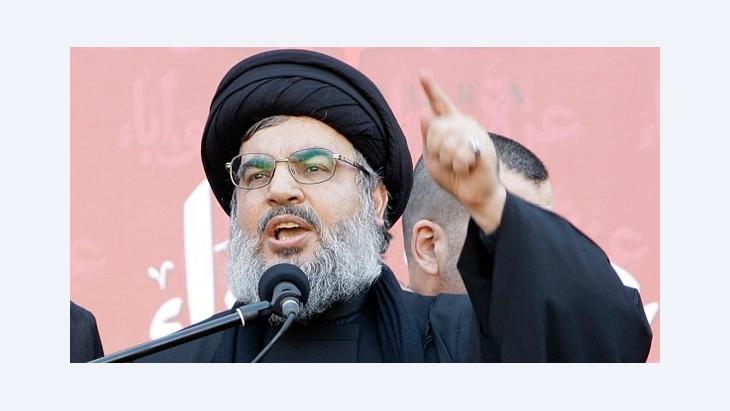 Hezbollah and the Uprising in Syria
Can the ''Party of God'' Weather the Arab Spring?

For many years, Hezbollah's popularity across the Arab and Muslim worlds seemed unbreakable. Long seen as the defender of those oppressed by Israel and America, its reputation has clearly taken a dent as a result of its support for President Assad in Syria. It now finds itself at odds with those across the Arab world seeking democracy and civil rights. An analysis by Paul Salem

Three years ago, regional opinion polls showed that the Middle East's most popular leaders were Hezbollah leader Sheikh Hassan Nasrallah, Syrian President Bashar al-Assad and Iran's President Mahmoud Ahmadinejad. People at the time appreciated that they were standing up to Israel in Lebanon and Gaza and pushing back against aggressive American policies in the region.

With the Arab Spring, regional public opinion has shifted towards prioritizing civil rights and democratic reform over foreign policy. Today, Assad is reviled, Ahmadinejad's government is accused of violently suppressing its own pro-democracy protestors and both Hezbollah and Iran are condemned for continuing to back Assad as he slaughters his own people.

As a result, Hezbollah is no longer the widely popular movement that it once was across the Arab and Muslim worlds, but it remains a highly effective and heavily armed force. And, in politics, as Machiavelli pointed out long ago, it is more important to be feared than loved.

To be sure, Hezbollah is still grudgingly respected for its ability to stand up to Israel. But it has lost its halo as a voice for the oppressed and downtrodden, and has exposed itself as a partisan and sectarian party that will side with Iran and its allies even at the expense of human rights and human lives in neighbouring Syria. 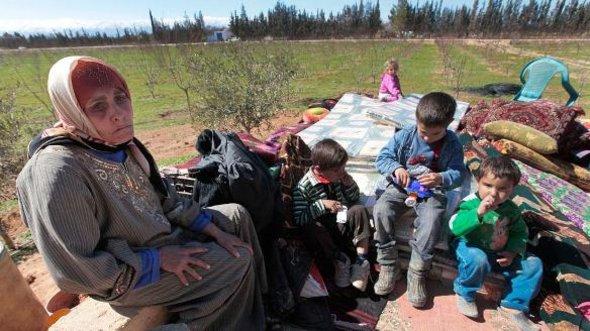 The uprising in Syria has consequences beyond the country's own borders: for several months now, Syrian refugees have been pouring into North-East Lebanon; moreover, not only is Hezbollah at risk of losing one of its most important allies (Bashar al-Assad) in the Syrian conflict, support for the Syrian rebels among Lebanese citizens (Hezbollah’s traditional power base) is on the increase

Hezbollah in the Arab Spring

But Hezbollah's hard power has, up to now, not been affected by developments in the Arab Spring or Syria. Its deployment in Lebanon, its fighting capacity and its thousands of missiles are all still intact.

Hezbollah was initially thrilled at the outbreak of popular revolts against rulers closely allied with the US and the West. Even Libya's Colonel Muammar al-Gaddafi was considered a foe for having allegedly ordered the killing of Lebanese Shia leader Imam Musa Sadr in 1978. Hezbollah had been in a virtual cold war with Hosni Mubarak's Egypt since January 2009, when Nasrallah had effectively accused Mubarak's government of collusion in Israel's intervention in Gaza, and had called for the "Egyptian people to take to the streets in their millions."

But, as the revolts progressed, it emerged that people wanted good government and social justice, and were not enamoured of Iran or interested in joining an axis of resistance. Furthermore, as the Muslim Brotherhood rose in Egypt, Hezbollah's erstwhile ally, Hamas, drifted away from it and its Syrian and Iranian backers, and found a new footing in Egypt and the Gulf.

But Hezbollah's disappointment turned to intense concern when Syrians rebelled against Assad. If his regime falls, Hezbollah is at risk of losing its arms-supply bridge to Iran. It would be unable to compensate for that loss by relying on Lebanese seaports or Beirut's airport, because both could easily be blockaded. It would still have its full first-strike and retaliatory capacity, but, like a bee, it would be able to sting only once. Without the ability to resupply, Hezbollah would emerge from any future war a significantly weakened force. 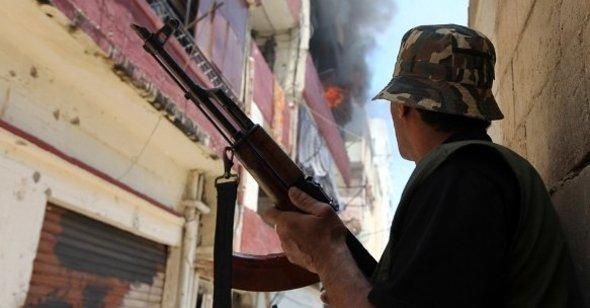 Challenging the status quo: Sunni groups in northern Lebanon are gradually building up a military counterbalance to the Shia Hezbollah and are developing into a serious opposition force for the Shia militia in the country

Possible loss of influence in Lebanon

Within Lebanon itself, Hezbollah is still strong, but its support has dropped from its previous comfortable level. In May 2008, it demonstrated its domestic dominance by taking over the capital, Beirut. In January 2011, it brought down Saad Hariri's government and installed one more to its liking. But, in just the last few weeks, parts of the Sunni north have erupted in armed defiance of Hezbollah and the government that it dominates and are openly supporting the Syrian rebels.

In a sense, these Sunni groups are creating an armed enclave in northern Lebanon to counterbalance the armed Shia enclaves in Beirut, the South and the Bekaa region. Hezbollah has also been shaken by the abduction and continued detention of a dozen Lebanese Shias – some close to Nasrallah – by opposition forces in Syria.

Hezbollah faces parliamentary elections in the spring of 2013. If its Christian ally, Michel Aoun's Free Patriotic Movement, does poorly, or if the ever-shifting Druze leader Walid Jumblatt returns his Progressive Socialist Party to the anti-Syrian alliance of which it was once a part, Hezbollah would lose its parliamentary majority, and hence its ability to form and topple governments. Perhaps anticipating these domestic vulnerabilities, Hezbollah encouraged and joined the resumption of National Dialogue discussions involving all of Lebanon's main communities.

Strategically, Hezbollah fears that if Assad falls – and if it loses the ability to resupply rapidly and effectively as a result – Israel will take advantage by unleashing another war against it. With tensions between Israel and Iran, Hezbollah's patron, unresolved, this fear cannot be discounted. Even if Hezbollah succeeds in adjusting to the Arab Spring, it fears the winter with Israel that might follow.

Paul Salem is director of the Carnegie Middle East Centre in Beirut.

Mourad al-Marouai was just nine when a landmine killed him on a beach in war-torn Yemen, a tragedy that will haunt his family forever. After a swim, the little boy "suddenly ... END_OF_DOCUMENT_TOKEN_TO_BE_REPLACED

This year’s Morgenland Festival opened with the premiere of Kinan Azmeh’s musical theatre piece, “Songs for Days to Come”, based on fifteen poems by contemporary Syrian poets. ... END_OF_DOCUMENT_TOKEN_TO_BE_REPLACED

Rumi's poems, though generally stripped of their Islamic symbolism, are hugely popular around the world. Yet Islamic mysticism is still very much at the heart of these verses. ... END_OF_DOCUMENT_TOKEN_TO_BE_REPLACED

The Ukraine war is changing the global geopolitical landscape. Ali Khamenei, Iran's most powerful man, is already cosying up to Russia in anticipation of a harsh post-war reality ... END_OF_DOCUMENT_TOKEN_TO_BE_REPLACED

Analyst Iyad El-Baghdadi examines the ongoing tensions between the United States and the two Gulf states – Saudi Arabia and the UAE – and their geopolitical implications in ... END_OF_DOCUMENT_TOKEN_TO_BE_REPLACED

The Ukraine war has seen energy prices spike with oil producers in the Middle East making more money than ever. But will it put the brakes on long-planned reforms to diversify oil ... END_OF_DOCUMENT_TOKEN_TO_BE_REPLACED

Comments for this article: Can the ''Party of God'' Weather the Arab Spring?

" Some close to Nasrallah ". Name one just one !

END_OF_DOCUMENT_TOKEN_TO_BE_REPLACED
Social media
and networks
Subscribe to our
newsletter