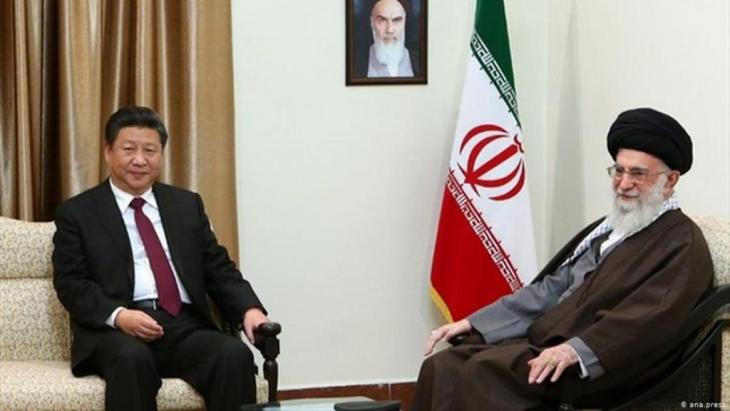 A partnership planned between Iran and China is intended to strategically link the two countries for a quarter of a century. It is unclear, however, exactly what the alliance will entail and whether its lofty ambitions can indeed be fulfilled. Iranian politicians of almost every persuasion remain highly sceptical. By Ali Fathollah-Nejad

Many uncertainties remain about the planned 25-year "comprehensive strategic partnership" currently in negotiation between Tehran and Beijing. A lack of transparency regarding the final details of this cooperation project, which after all touches on sensitive economic, military and security policy areas, has sparked a great deal of uproar in Iran – among the general public, but also across the entire political spectrum.

Even Parliament, which has been dominated by hardliners since the February 2020 elections, has been harshly critical. This is all the more surprising, given that revolutionary leader Ali Khamenei is the most prominent advocate of an eastward orientation for the Islamic Republic, the essence of which is long-term strategic partnership with China.

To appease the MPs, Foreign Minister Javad Zarif has indicated that the agreement will definitely be submitted to parliament for ratification as soon as the final version has been negotiated by both sides.

An 18-page copy of the treaty drafted by the Iranian Foreign Ministry in June, which lists in fairly general terms how cooperation is to be extended and deepened, has been circulating recently in the media. According to unconfirmed information, China is to invest 800 billion dollars in Iran over the next 25 years. Beijing is thus expected to expand its already strong presence in the country across all sectors: banking, telecommunications, ports, railways and a dozen other projects.

In return, China will continue to receive Iranian oil at a preferential rate for a quarter of a century. Military cooperation between the two countries is also to be intensified; in addition to joint exercises, armaments research and the exchange of intelligence information are planned. 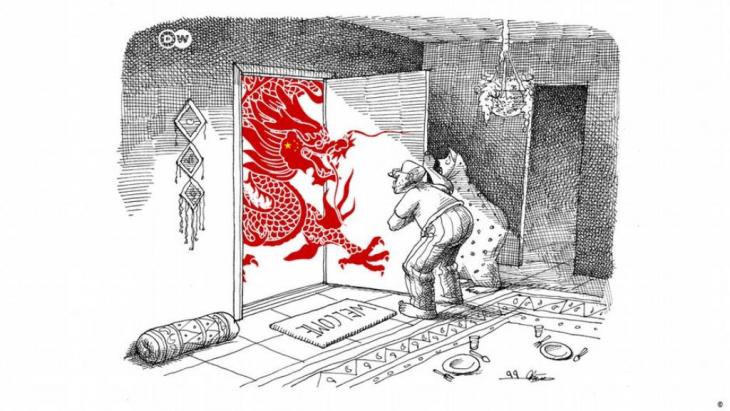 Israeli attacks on bases in Iraq: Is war with Iran on the horizon?

The longest duel: Iran and the USA square off

Interview with Middle East expert Volker Perthes: "Iran will not negotiate its own surrender"

Over the years, the relationship between arch-rivals India and Pakistan has been shaped by conflict and confrontation. For some time now, however, both countries have been singing ... END_OF_DOCUMENT_TOKEN_TO_BE_REPLACED

China has long portrayed itself as a strong supporter of the Palestinian cause. It has also claimed that in sharp contrast to the stance of the USA, its position is based on ... END_OF_DOCUMENT_TOKEN_TO_BE_REPLACED

German Middle East analyst Guido Steinberg and television journalist Ulrich Tilgner have both published new books on the conflicts in the Middle East. Their analyses and their ... END_OF_DOCUMENT_TOKEN_TO_BE_REPLACED

On 27 March, Iran and China signed a 25-year accord intended to foster "strategic co-operation". Despite ongoing uncertainty over the deal's actual scope, content and chances of ... END_OF_DOCUMENT_TOKEN_TO_BE_REPLACED

Turkey launched its nationwide vaccination campaign with a Chinese vaccine in January. But the public focus is more on the desolate economic situation. Turkish politicians have ... END_OF_DOCUMENT_TOKEN_TO_BE_REPLACED
Author:
Ali Fathollah-Nejad
Date:
Mail:
Send via mail

END_OF_DOCUMENT_TOKEN_TO_BE_REPLACED
Social media
and networks
Subscribe to our
newsletter